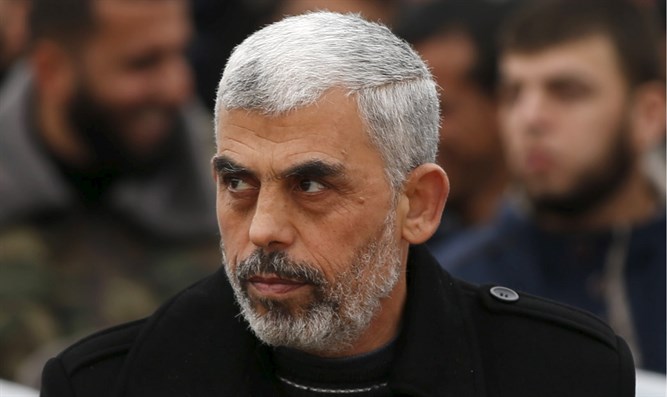 Just days after agreeing to a ceasefire with Israel, Hamas leader Yahya Sinwar on Friday issued threats against the Jewish state.

Sinwar further claimed that Hamas has photographs documenting the IDF operation, including the evacuation of Lt. Col. M., who was killed during the incident.

“I advise Israel not to try and test us again. This time you did not have a lot of casualties and you managed to rescue your special forces,” Sinwar said, according to Channel 10 News.

“You should not try again, because next time you will have to release thousands of prisoners,” he warned.

“Our hands are on the trigger and our eyes are open,” Sinwar continued. “Listen Netanyahu, and listen whoever will receive the defense portfolio. Anyone who tests Gaza will find death and poison. If we are attacked, we will let the barrage on Tel Aviv do the talking. Our missiles are more accurate, have a longer range and carry more explosives than before.”

(Arutz Sheva’s North American desk is keeping you updated until the start of Shabbat in New York. The time posted automatically on all Arutz Sheva articles, however, is Israeli time.)

Intelligence official: No Iron Dome will lead to military operations in Gaza

The hunt concludes: ‘The terrorists gave up without a fight’