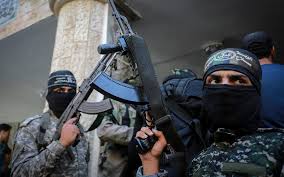 The past six months have brought us violent demonstrations along the Gaza Strip border, cross-border infiltrations, rocket fire and incendiary kites and balloons. This means that a so-called “agreement” or truce is not a viable option.

We cannot trust Hamas to keep the calm. Only when Hamas is afraid of IDF retaliation, which has yet to come, will calm prevail. Israelis tend to overlook the fact that in the Middle East, it is fear, above everything else, that governs how people act.

Unfortunately, from time to time, we must give our enemies a violent reminder, lest they continue terrorizing us. The very fact that Hamas continues its actions unabated shows a lack of deterrence, without which no truce is worth the paper it is signed on. Expecting Hamas to honor agreements with the Jewish state it wants to annihilate is inexcusably naive. Extortion that leads to an “agreement” is a prelude to more extortion.

The assumption that boosting the quality of life for Gazans will reduce Hamas’ violence and hatred is fundamentally flawed. There is no place on this planet where there is a direct correlation between quality of life and terrorism. This holds true in the Palestinian case as well.

Recent polls show that Gazans are actually less hostile toward Israel than are their brethren in Judea and Samaria, where the quality of life is better. Perhaps the suffering in Gaza has taught them that prolonged conflict with Israel comes with great pain. While it is true that it takes time to change the behavior of large groups of people, what ultimately makes a population embark on a new political path is the degree to which it suffers. Germans suffered immensely during the two world wars and have since shed their violent past. Egypt also realized that a peace deal with Israel trumps more violence.

The goal of war is to inflict pain on the other side, to make it change its behavior. There is no point in giving Hamas candy while it fights against us. The exact opposite is true: It should be forced to pay a heavy price for its aggressive behavior. This is the message Israel should be sending Hamas, the Palestinian Authority and other enemies. To survive in the Middle East, Israel has to make it clear that it will inflict unimaginable pain on anyone who attacks it.

Israel is naturally reluctant to re-occupy the Gaza Strip. It would also serve no purpose to try to engineer its political system. Israel would not benefit from bringing the hostile Palestinian Authority back to the Gaza Strip. Likewise, it is understandable why Israel does not want to be dragged into a protracted military campaign when its eyes are trained on the most important threat: Iran. That said, the IDF can ratchet up the pressure by several notches without conquering the Gaza Strip, in order to send Hamas the message that more conflict will result in more pain.

Despite the events of this week, Israel must continue with its incursions into the Gaza Strip and even widen their scope. We must prove that we are not afraid of using ground forces to punish those who want us dead. The fear of casualties, however important, should not come at the expense of Israeli deterrence, which is essential for establishing long-term calm on the border and preventing future fatalities.

Only a crushing and devastating blow to Hamas will pave the way for a truce that would not be a victory for the terrorists. Such a truce would survive much longer than a half-baked truce that survives only several months until another extortion scheme.

Professor Efraim Inbar is president of the Jerusalem Institute for Strategic Studies, jiss.org.il. He is a Fellow at the Middlle East Forum.

Biden Picks an Anti-Semite to Deal with Jews

Black Lives Matter: Not Just Communist, But Viciously Anti-Semitic Too