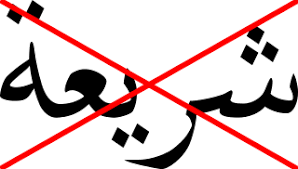 This November was meant to be the month for MP Geert Wilders’ second “Draw Muhammad” contest, but Islamic law won a de facto victory over Dutch law mere weeks ago as Wilders announced the contest’s cancellation. When — among many other threats similar attacks — a 19-year-old Afghan stabbed two American tourists in Amsterdam, citing the planned contest as motive, Wilders canceled the event out of concern about further violence.

The Islamists had made their point: “Having the law on your side makes no difference. Do what we want, or somebody is going to get hurt.”

Such antics by Islamist Muslims are not new to Wilders and other speech and conscience advocates. In retribution for his firm and outspoken stance on this subject, he has “spent 15 years living in safe houses and escorted by a security detail due to constant death threats.” These are the tactics, of course, of any common mafia.

In securing Wilders’ retreat, the terrorists established Sharia’s authority for now in the Netherlands on the issue of speech.

The first “Draw Muhammad” contest, organized by Pamela Geller and Robert Spencer, was held on May 3, 2015 in Garland, Texas. The purpose of Geller and Spencer, and the purpose of Wilders in organizing another this year, was to preserve space for free speech in the face of known supremacist Muslim intentions to forcefully diminish that space.

During the 2015 event, two Muslim men — one a convert but both American-born — armed with multiple rifles and handguns and 1500 rounds of ammunition, began shooting their way into the venue. Both were killed. The purpose of “the Islamist mob” is to assert authority for Islam over all other legal authorities, to become dominant.

What is going on, in other words, are tests of national sovereignty, a battle of civilizations. In this most recent round, I regret to report, the winner was not Western civilization, but rather the Islamist mob.

The Islamist mob is training many societies, and most particularly non-Muslims within them, to behave the way it wants them to behave. They are doing so through well-known manipulative techniques. Some being employed in this case include:

Threats of violence: “If I don’t not get my way, you will suffer or die. And it will be your fault, since I gave you fair warning.” (No. The guilt for an act of violence lies with the perpetrator of that violence.)

Tantrums: “I am going to lose control and make a big scene because of what you do.” (No. Children throw tantrums but grownups find more productive ways to resolve their concerns.)

False equivalence: “My hurt feelings warrant your death.” (No. Hurt feelings are unfortunate, but death of the one who gave a perceived or actual slight is hardly a proportionate or justified response.)

Any mob is comprised of several different types of people:

These are the vocal demagogues who take center stage or move about the crowd stirring people up. There are typically only a small number of agitators in any given mob. In this analogy, the agitators are those Muslim leaders and activists, and their Western leftist allies, who call for the imposition of Islamic law’s speech limits in the West.

These are people who readily assent to the ideas of the agitators. Not all sympathetic attendees take direct action, but their presence and consent helps to advance the cause of the agitators.

In this analogy, the sympathetic attendees are the portion of Muslims and non-Muslims in the West and abroad who support restrictions on speech relating to Muhammad and the Qur’an, both those who speak out and those who remain silent as the agitators move their argument forward.

These are curious, indifferent, or timid onlookers. They are not sympathetic to the cause and many would oppose it if they gave it some thought but are useful to the agitators for their silence, which helps the optics by giving appearance of wide agreement. In this analogy, these are regular folks who may know something is wrong but don’t want to stick their necks out.

Today is a moment in history. Many of us see ourselves as spectators without a serious part to play in the larger affairs of the world. I encourage you to understand that what you say matters. I encourage you to live purposefully and to, in love for your neighbor, take a stand for liberty in speech and deed as you go about your daily life.

Do not give up free speech so casually. It is a precious thing.

Dr. Daniel A. Brubaker is a writer for the Legal Project, an effort of the Middle East Forum.