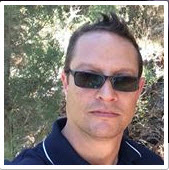 Lyin’ Linda Sarsour’s friend, newly elected U.S. Congresswoman Alexandria Ocasio-Cortez Tweeted that the people in the immigrant caravan, currently attempting to illegally breach America’s Southern border, are akin to Jews fleeing NAZI Germany (this comes months after her regurgitated condemnation of the Israeli “occupation of palestine”). No one has ever accused her of being the brightest person to serve in the House, but this level of ignorance should not be accepted by what remains of the “moderate” Democrats, particularly by its Jewish members. As Linda likes to say, “You can’t be Progressive, if you’re not pro-Palestine”, Ocasio-Cortez has already embraced the anti-Israel narrative and Holocaust dismissal tactics employed by the hard Left.

The individuals in the caravan are not being hunted down by their governments, to be put in front of firing lines or sent to gas chambers; a third of their population hasn’t been exterminated. I’m the grandson of Holocaust survivors, who lost the majority of their families in the genocide; comparing their lives to those of people looking for a better job in America is beyond insulting, and is a distortion of historical reality. Liberal Jews that support this Progressive wing of the Democrat party are spitting on the graves of their dead relatives, and in the faces of living Israelis; why don’t you stand up to the antisemitism within your own party?