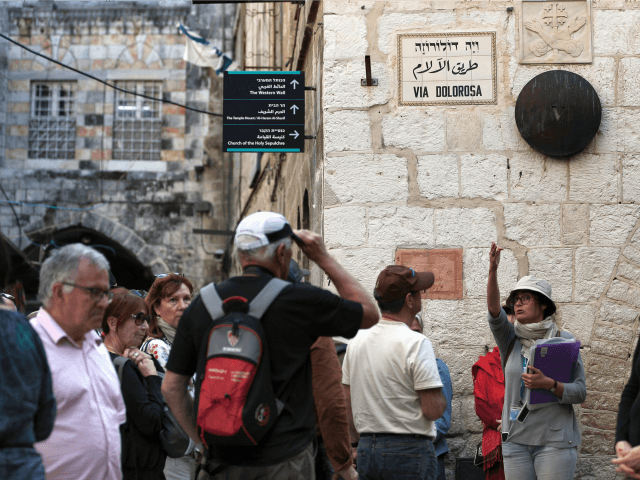 The findings come from Euromonitor International, a London-based market research firm. The Holy City benefits from “relative stability and a strong marketing push,” the report said.

Making up second and third place in the rankings were two Indian cities – Chennai and Agra – which experienced 30 percent growth and 24 percent growth, respectively. Two U.S. cities – Miami and Las Vegas – helped round out the top 10.

According to the report, one of the reasons for Jerusalem’s high ranking is a marketing push by the Israeli tourism industry that included airing commercials during breaks popular television shows in the United States:

The news comes on the heels of 2017, which was a record year for Israeli tourism. Almost 3.6 million tourists visited Israel last year, itself a 25 percent increase from 2016. The majority of them were from the U.S., and 59 percent were first-time visitors.

Since January, the tourism industry is estimated to have contributed more than ₪18 billion ($4.8 billion) to the Israeli economy. According to Ministry of Tourism figures, tourists stay in Israel for an average of eight days.

This is despite the efforts of the anti-Israel Boycott, Divestment and Sanctions (BDS) movement which has been trying unsucccessfully to isolate Israel on the world stage.

Other areas of the Middle East and Africa are not doing so well, with cities such as Jerba and Sousse in Tunisia, and Sharm el Sheikh in Egypt, dropping out of the rankings “mainly due to terrorist attacks and subsequent slumping demand,” said Wouter Geerts, a travel research consultant with Euromonitor, who added that Cairo is defying the trend with a resurgence in arrivals.