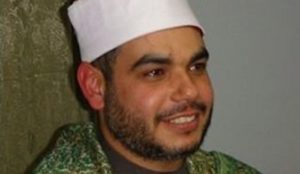 “Imams who advocate mass murder are only the tip of the iceberg of the hatred coming out of segments of Muslim society in the U.S.

The same thing goes for Canada, while in Europe, Islamic anti-Semitism is on a steep rise since European nations opened their borders to multitudes of unvetted Muslim migrants.

The incendiary words of these imams are the kind of racism and hatred that is tolerated in the West. Even to call it out is deemed “Islamophobic.”

Muslim immigration into North America has brought with it several religious preachers who call for the murder of Jews. This happens sometimes in mosques where these words are occasionally even cheered by the hating faithful. This type of incitement is also frequently found on social media.

The same extreme hatemongering by Muslim preachers in Western Europe has been previously exposed by this writer. The incitement by Muslims against Jews in the Western world has increased as a result of the nonselective immigration policy of these countries. Hate imams living in democracies calling for the murder of Jews is a reality which is not looked at systematically despite the fact that it should be subjected to extreme scrutiny.

A few examples of North American imams calling for the murder of Jews will illustrate this. In 2017, Ramadan Elsabagh head of the Islamic Services Foundation Quran Institute in Garland Texas, posted a recorded prayer to his Facebook page caling to “destroy the Zionists and their allies, and those who assist them and those who allowed them into the abodes of the Muslims. . . Oh Allah save [Al Aqsa] from the hands of the accursed violators. . . . Oh Allah destroy them.” Elsabagh is also a featured Quran reader on many internet sites.

When President Trump recognized Jerusalem as the capital of Israel in December 2017, Imam Raed Saleh Al-Rousan of Houston, Texas preached that “Muslims should fight the Jews.” He spoke in Arabic. The Washington-based MEMRI Institute uploaded an English translation of his inciting words to their website. Al-Rousan then apologized saying that he is opposed to all forms of terrorism.

Around the same time, Imam Abdullah Khadra of Raleigh, North Carolina mentioned a Hadith – a traditional saying of Mohammed – about killing Jews.

In Jersey City. New Jersey, Imam Aymen El Kasaby called the Jews “apes and pigs.” He promoted their annihilation and was cheered on by people attending his sermon. He prayed to Allah: “Count them one by one, and kill them down to the very last one, do not leave a single one on the face of the earth.” The worshippers responded “Amen.”

The Islamic Center of Jersey City suspended El Kasaby for four months without pay. Yet, the fact that his employers allow this extreme hate monger to continue to preach shows that the problem surpasses a few extreme individuals. These expressions of hatred usually go beyond even the extremes of right wing antisemitism.

At the Davis Islamic Center in Northern California, Imam Ammar Shahin preached in his sermon that the Jews were contaminating Muslim shrines with their filth. He said: “Oh Allah, count them one by one and annihilate them down to the very last one.” Afterwards, the Imam apologized to the people he had offended.

Canada is not spared either. In 2004, South African-born Sheik Younus Kathrada from Vancouver referred to Jews as “the brothers of the monkeys and the swine” in sermons posted on the Internet. He said that the Prophet tells: “Oh Muslim, Oh slave of Allah.., behind me is a Jew. Then come and kill him.” He added that Islamic scripture predicted an apocalyptic battle with the Jews. Kathrada said, “Unfortunately we hear too many people saying we must build bridges with them. No. They understand one language. It is the language of the sword, and it is the only language they understand.”…..