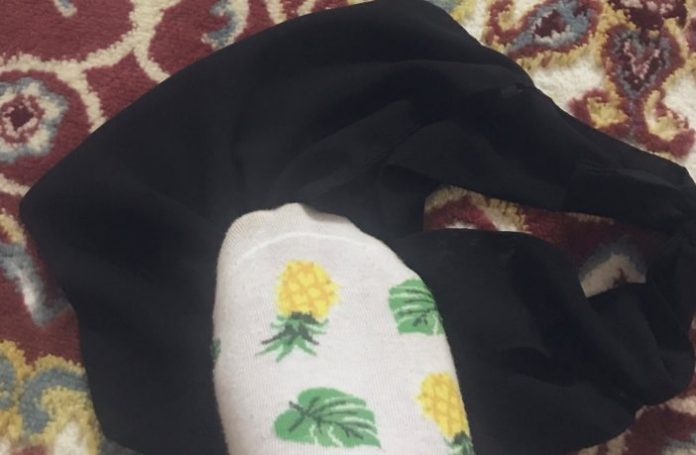 In Sharia law, many women are forced to dress wearing full body coverings and head coverings such as the niqab or veil. Today is World Niqab Day and you will find many Muslim women sharing how ‘free’ they feel wearing one.

If it’s not the government forcing her, it’s the society, the community or the family

Even in my country of #Canada, a 16 yr old girl, Aqsa Parvez, was killed by her family for not wearing hijab https://t.co/LndbtQxsNf

Yet in countries such as Saudi Arabia, Yemen and others, women are joining forces to protest niqabs, hijabs and other face veils that many are forced to wear for fear of being shunned, beaten or even killed.

Posts on social media, many Arabic in fact, show that an emergence of #NoHijabDay or #FreeFromHijab are popping up with the sentiment “veil under my feet”. Some women are literally showing photos of themselves stepping on headscarves or other covers.

Other posts from people in Western countries joining in solidarity with the women resisting the head scarf can also be found.

Whilst there are instances of some of the restrictions on women’s rights being relaxed for specific events or some minor things in Muslim countries throughout the Middle East recently, in most cases the restrictions were restored and women once again subject to subservience.

In Iran earlier in the year women took off their head coverings in protest of the religious policing. Several dozen of them were accused of public order offences and referred to the state prosecutor’s office. Some were jailed and/or fined for having shown their hair in public.

This summer Saudi Arabia allowed women to drive in what is their reform programme which the Crown Prince Mohammed bin Salman introduced. They are also reducing some of the more imposing restrictions including removing a 35-year ban on movie theatres.

What affect today’s social media protest will have on this, what is considered oppressive to women in the West, remains to be seen.