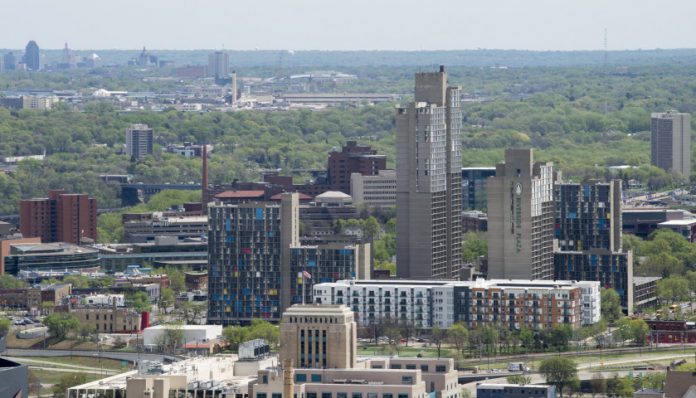 Violent crimes increased by more than 50 percent in 2018 in Minneapolis’ Cedar-Riverside neighborhood, nicknamed “little Mogadishu,” which authorities attribute to Somali gang activity in the area.

Buried in a recent Star Tribune article was the fact that violent crimes jumped from 54 in 2010 to 84 in 2018, an increase in roughly 56 percent. Authorities attribute the violence to rivalries between Somali gangs, such as the Somali Mafia, the Somali Outlaws, the Hot Boyz, and Madhibaan with Attitude, Alpha News reports.

According to a 2014 Southside Pride article, the Outlaws and Madhibaan with Attitude have a rivalry that stretches back years, and likely resulted in the murder of two Somali men in April 2014. That article notes that the summer of 2013 was a particularly bloody season for gang warfare, which produced at least 4 killings.

A 2013 CBS article detailed the involvement of the Outlaws, the Mafia, and another gang called the Lady Outlaws in a sex-trafficking ring that recruited and prostituted young girls, some whom were under the age of 14, between 2000 and 2010. The ring was operated out of Minneapolis, Columbus, and Nashville, and resulted in the indictment of 30 individuals involved.

In 2008, the Minneapolis Police Department created a Somali liaison position to focus solely on addressing the issue. The department currently has 5 Somali-speaking officers to assist in outreach to the immigrant community. According an MPR report from the time, officers began to notice that Somali gangs were dividing themselves along the same clan lines of their war-torn country.

The issue first garnered national attention after a 2009 CBS News report titled “Rise of Somali Gangs Plagues Minneapolis,” though officers were still hesitant at the time to pin the crimes on Somali gang activity.

“It was all gang activity, totally, 100 percent,” Shukri Adan, a Somali community organizer, said of the murders of seven Somali men in a 10-month period. Adan was tasked with drafting a report for the City of Minneapolis in which he estimated that between 400 and 500 Somali men were involved in gangs.

“The police don’t want to say that but everybody else knows that,” he added.

The latest rise in violent crimes in the Cedar-Riverside area comes as a concern to many, considering that city leaders have started to invest in security upgrades and community-outreach programs. In May, for instance, Minneapolis Mayor Jacob Frey announced that a high-rise apartment complex at the center of little Mogadishu would be receiving an $825,000 security upgrade, including fencing, key fobs, and numerous security cameras.

In December, the Minneapolis City Council voted to divert $43,000 from the Minneapolis Police Department to create a youth outreach team for the area, Minnesota Daily reports.

“Everybody’s gotten to the point where, hey, you know, we don’t need more police, we need more intervention,” one organizer in attendance said. Several businesses in the area have joined together to hire off-duty police officers to patrol the area, while others are donating food and beverages to hand out to youth roaming the streets.

The Star Tribune reports that the latest uptick in violent crimes is mostly due to a surge in robberies and assaults.