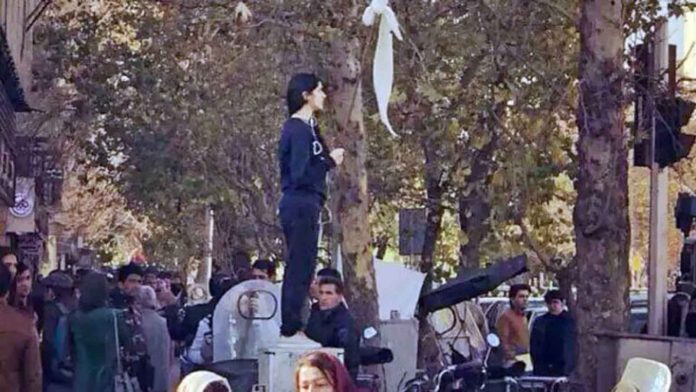 I was a Muslim – but I learned there is a more loving and compassionate way to live life.

A little over a year ago I had a moral awakening. I was finished with holding in the horrific injustices I myself witnessed as an American girl, born and raised.

Kidnapping of young women and turning them into child brides is not confined to brutal Islamist regimes. It happened to my friends here in the United States. Just outside our nation’s capital in quiet Virginia suburbs.

Hate speech in the fashion of what you expect to hear at a mosque in Saudi Arabia were regular khutba (sermons) at my local mosque. I was afraid to speak out because the mosque leaders tacitly threatened my family’s businesses. I was a child and afraid. So, instead, I wrote.

I wrote until adulthood when my writing reached dozens of other ex-Muslims and non-Muslim people from backgrounds from Muslim-majority countries. They understood the dangers of the culture. They had also lived it. I received support from Chaldeans, Assyrians, Lebanese Christians, and so many others.

A little over a year ago, a movement was sparked within me. And through my bravery I was united with the bravery of others. Together we brought something to the table to unveil the injustices taking place in the name of archaic cultural and religious practices worldwide.

Through persistence, I met allies. Amidst a sea of robotic politically correct decision-makers, telling me I was an anomaly or that my story emboldens bigotry, all I needed was one “yes, I believe you. And I have a platform for you.”

I will never forget those who gave me a platform. Because I tell not only my own stories, but also the stories I witnessed myself stemming from the Islamic community here in the United States.

It started with writing, afraid to show my face, afraid of possible repercussions from Islamists and their sympathizers.

Then I agreed to do a spoken interview but without showing my face.

Soon I was asked by a very interesting individual to do a spoken interview showing my face. Thankfully he understood certain topics we could not touch. I was afraid to reveal anything too personal that could lead someone to know where I live and which cities/towns I frequent.

Eventually I spoke out, publicly. I faced religious leaders peddling their so-called “Westernized” Islamic schools in the United States. I publicly asked them why they teach inappropriate curriculum to little girls in their mosques and Islamic weekend schools. And as a jest of pseudo-progressivism they loudly told me “Thank you for asking that question! And it’s up to women like you who will change this!” They shook everyone’s hands except mine (I have one male witness to this – I hope that is enough for my readers/viewers). They tacitly painted me as another “kafir.” The infidel.

I will wear that badge proudly because there is no way I will subject myself to such barbarism. Helping ex-Muslim women, Muslim women escaping abusive family situations, and just about everyone that I can from those communities, if there is anything I can do.

In my heart, I felt the spirit of the apostates murdered by their families. What motivated me was the survivors. Rifqa Bary, for example, as well as Lady Brigitte Gabriel.

I met Christians from Muslim-majority countries – I listened to their stories. I listened as they describes the Western world as their beacon of hope and safe haven.

I do not plan to quit anytime soon. I am just getting started.

I would like you to join me in this movement. #RecognizeRadicalization in your communities. If I had known my childhood friends would be kidnapped by their families, taken to the Middle East, and married off I would have done something. The hard beatings from Muslim fathers towards their small daughters were not enough to convince authorities that they were dangerous because “it’s their culture.” I wish I had tried harder and was more proactive in  contacting local officials. I wish authorities were not shackled by politically correct culture so we can see violence for what it is.

As Westerners, we hold such values due to the nature of our inclusive and compassionate culture. I will leave you with one sentiment to take away: beating women is misogyny, brainwashing women to cover everything except their eyes (or sometimes including their eyes) is misogyny, forced marriage is not a choice (it’s right there in the term) — it is by force. I call on you, my allies, those who believed me and continue to believe me and many others to always #RecognizeRadicalization. Use the hashtag, use your voice, and use your proactivity as a patriotic American and lover of freedom.

Contact your local governments, call proper authorities, if possible set an example for victims of extremism. I was a Muslim but learned there is a more loving and compassionate way to live life – and that is living in accordance with Western values. A set of values fundamentally incompatible with Islam. I learned to be human. I had the choice to join a monstrous doctrine or to side with Western values, true freedom, and love. Because I was able to recognize radicalization.

I am not calling for a threat to freedom. Americans have the constitutional freedom of religion. It is one of the things I love about my country. I am calling for the preservation of freedom. While we take freedom for granted, Islamic enclaves work with their local governments and organizations to create what is essentially a no-go zone. Children are born and trapped within such enclaves. I am calling to break the shackles and give us all a shot at life, liberty, and the pursuit of happiness.