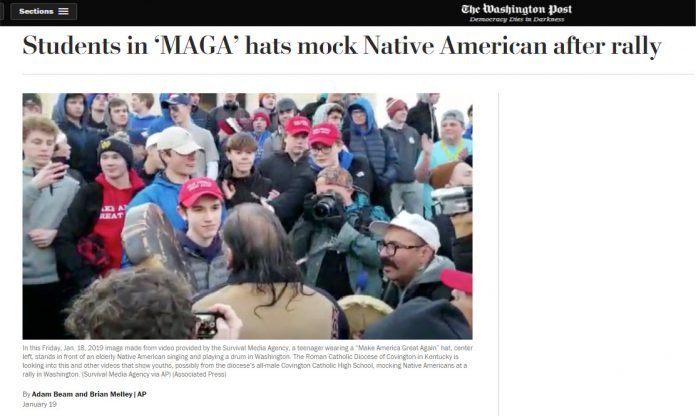 In my forthcoming book, The Interfaith Deception, I explore the contrasting natures of the two spirits at work in our world today — the spirit of Antichrist and the spirit of Christ.

This may sound like a needless exercise. It should be obvious, right? Actually, it isn’t obvious at all to the masses and we must do a better job of explaining it to them. That’s why my book is needed. I hope to produce an easy-to-read guide for those who discern the times but may need help connecting the dots for their Christian pastors, friends and family members who lack discernment.

Jesus warned in Matthew 24 that the world, which includes worldly Christians, will be duped into following the Antichrist. They will actually think they are on the side of good when in fact they are doing the devil’s work.

The best way to inoculate ourselves against the deceptions of Antichrist is to recognize — right here and now — that the Antichrist spirit is already dominant in our world. It is a spirit of lawlessness, where people define for themselves what is right and what is wrong. Tolerance of aberrant behavior is no longer enough. We must celebrate it. This includes same-sex marriage, transgenderism, infanticide, etc. To openly resist these ideas makes you immoral and evil. As the prophet Isaiah said, evil will be called good and good evil, darkness will be exchanged for light and light for darkness.

Everything is fluid to these so-called Christians. They tend to be against national boundaries and for open borders, for a woman’s right to “choose” and a person’s right to marry whoever they want. They open their churches to preachers of Antichrist “faiths” such as Islam. They can be easily convinced to bow, by their silence if nothing else, to whatever the world defines as normal, and they do all of this in the name of Christ. If you say anything that hints of resistance to this worldly thinking, you are branded a hater and cast out of the church. Sometimes you will just be quietly told that you are “too political.”

They truly believe they are followers of Christ. Those of us who resist the twisting and turning of our cultural norms on their head must be troublemakers or simply backward, like religious cavemen who stubbornly refuse to be “relevant” in today’s world.

As President Obama said, we Christians who “stubbornly cling” to our Bibles, are the  problem, the ones who stand in the way of progress. Hillary Clinton likewise noted during her 2016 presidential campaign that conservative-Christian “religious beliefs have to be changed” if America is ever going to become a better place.

Of course all of this was predicted by Jesus in the gospel of Matthew, chapter 24.

“And Jesus answered and said unto them, Take heed that no man deceive you. For many shall come in My name, saying, I am the Christ, and [they] will cause many to err.”

While there have been an endless litany of false messiahs appearing throughout history, I believe the more dangerous type of leader Jesus was referring to is the one who claims to be speaking in His name while promoting false or misleading ideas. This includes many Christian pastors, priests and teachers. They will tell us that lawless ideas, approved and normalized by the world, are indeed good for us, or at least not so bad, when in fact these ideas are soul-killing.

While they come to us in sheep’s clothing, Christ warned that “inwardly they are ravenous wolves.”

As I research for my next book, my little office is strewn with papers, books and articles. But one passage in Romano Guardini’s 1954 book, The Lord, jumped out at me.  He was describing the time when the Antichrist would ascend to power.

The ultimate aim of all aims will be to prove that existence without Christ is possible – nay rather, that Christ is the enemy of existence, which can be fully realized only when all Christian values have been destroyed. His arguments will be so impressive, supported by means of such tremendous power – violent and diplomatic, material and intellectual – that to reject them will result in almost insurmountable scandal, and everyone whose eyes are not opened by grace will be lost. Then it will be clear what the Christian essence really is: that which stems not from the world, but from the heart of God.”

Insurmountable scandal. Hmm. That sounds remarkably like what happens today whenever a voice for truth pokes through the avalanche of evil.

Whether you’re “pre-trib,” “mid-trib” or “post-trib” doesn’t matter. The world is already a nasty place for Christians. Our culture has been so thoroughly corrupted that it yearns to embrace that man described in the Bible as Antichrist. Yes, he will step up the pressure on Christians who refuse to compromise their faith, refuse to conform, but his minions are already doing this to great effect today.

This is the spirit that led New York Gov. Andrew Cuomo to declare pro-lifers are no longer welcome in his state. Even more shocking is that Cuomo can say such hateful things and still be recognized as a practicing Catholic, and even be served communion at his local Catholic church.

And look at what happened last week at the pro-life rally in Washington, D.C.

When the media falsely accused a group of teenage Catholic boys of “mocking” a Native American, few Christian leaders came to the boys’ defense. Even the boys’ own Catholic priests and bishop were quick to condemn them for something they did not do.

The media said it, so it must be true, and these weak Christian leaders were eager to prove themselves virtuous in the eyes of the world. They were slow to issue an apology when it became clear the media got the story completely wrong. Many have still not apologized, even as the anti-Christian bigots make vicious statements on Twitter, to the point of openly calling for the boys to be killed.

These were 15-year-old boys for heaven’s sake! But all those possessed with the antichrist spirit could see were their red hats. They deserved what came to them.

Good will be called evil and evil good.

Let this be a warning to us all. Many of those we expect to come to our defense will stay silent. Some who we least expect will speak on our behalf.

But do not let your hearts be troubled. We don’t answer to the world. We answer to Christ. He will deliver us from evil at a time of His choosing.