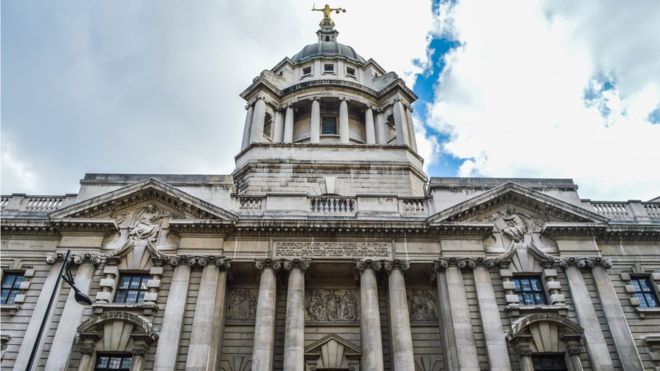 A woman who mutilated her three-year-old daughter has become the first person in the UK to be found guilty of female genital mutilation (FGM).

The 37-year-old mother from east London wept in the dock as she was convicted after a trial at the Old Bailey.

Spells and curses intended to deter police and social workers from investigating were found at the Ugandan woman’s home, the trial heard.

Her 43-year-old partner was acquitted by the jury.

Prosecutors said the mother “coached” her daughter “to lie to the police so she wouldn’t get caught”.

The defendants, who cannot be identified for legal reasons, denied FGM and an alternative charge of failing to protect a girl from risk of genital mutilation.

Mrs Justice Whipple warned of a “lengthy” jail term as she remanded the woman into custody to be sentenced on 8 March.

FGM – intentionally altering or injuring the female external genitalia for non-medical reasons – carries a sentence of up to 14 years in jail.

During the trial, the woman claimed her daughter, then aged three, “fell on metal and it’s ripped her private parts” after she had climbed to get a biscuit in August 2017.

Medics alerted police to the girl’s injuries after they treated her at Whipps Cross Hospital, in Leytonstone.

She “lost a significant amount of blood as a result of the injuries they had delivered and inflicted on her”, jurors were told.

While the parents were on bail, police searched the mother’s home and found evidence of witchcraft.

Prosecutor Caroline Carberry QC said two cow tongues were “bound in wire with nails and a small blunt knife” embedded in them.

Forty limes and other fruit were found with pieces of paper with names written on them stuffed inside, including those of police officers and a social worker involved in the investigation.

“These people were to ‘shut up’ and ‘freeze their mouths’,” Ms Carberry said.

“There was a jar with a picture of a social worker in pepper found hidden behind the toilet in the bathroom,” she added.

It is only the fourth FGM prosecution brought to court in the UK. The previous cases led to acquittals.

FGM campaigner Aneeta Prem, from Freedom Charity, said convictions were hard to secure because cuttings were “hidden in secrecy”.

“The fact that we have a conviction today is a really historic moment.”

“We will not tolerate FGM and not rest until perpetrators of this horrific crime are brought to justice,” he added.

Lynette Woodrow, from the Crown Prosecution Service (CPS), said the “sickening” offence had been committed against a victim with “no power to resist or fight back”.

“We can only imagine how much pain this vulnerable young girl suffered and how terrified she was,” she said.

“Her mother then coached her to lie to the police so she wouldn’t get caught, but this ultimately failed.”

The mother was born in Uganda but has lived in the UK for a number of years. FGM is banned in both countries, the CPS said.

Mayor of London Sadiq Khan said the conviction sent “a clear message to those who practise this barbaric act”.

“Every woman and girl should be safe and feel safe wherever they are in London, and we will continue our fight to end FGM with every power we have,” he added.