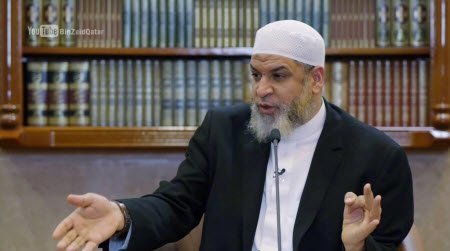 The Colorado Muslim Society currently claims to be the largest Muslim community in all of Colorado. Since this is missing from his current bio, requests were sent for verification of this claim by the Dawah Monthly.

Karim AbuZaid claims in his bio to have obtained a PhD in Cairo, Egypt through American Open University on his bio. This is problematic since AOU is an online school based in Alexandria, Virginia. For this reasons requests were sent to AOU to verify his claim of having a PhD from their University.

Karim AbuZaid also claims to be the founder of the “Tafseer Al-Qur’an Institute,” which operates in multiple states, however it is not a registered business entity with Colorado, nor is registered as a non- profit according to Guide-Star.org.

What we do know about Karim AbuZaid is that he is quite vocal about his hatred of Jews. The following statements of hatred of his were documented by Dr. Rachel Ehrenfeld of the American Center for Democracy:

The Jewish News Syndicate makes the following claims about AbuZaid’s antisemitism. (Requests for sources were requested.):

Now it cannot be ignored that the Islamic Center of Pinellas County, Florida has had Imam AbuZaid as a guest speaker since at least 2015. This says something about the Mosque’s belief structure and a very possible and likely encouraged belief in Anti-Semitism. Is this something that Pinellas County citizens are aware of? Is law enforcement aware that Anti-Semitism is likely encouraged at the mosque? These are important questions!

*Not a misspelling taken straight from the Imam’s site.

Hat tip to The United West for sharing Karim AbuZaid is speaking in Florida on February 8 and 9, 2019.