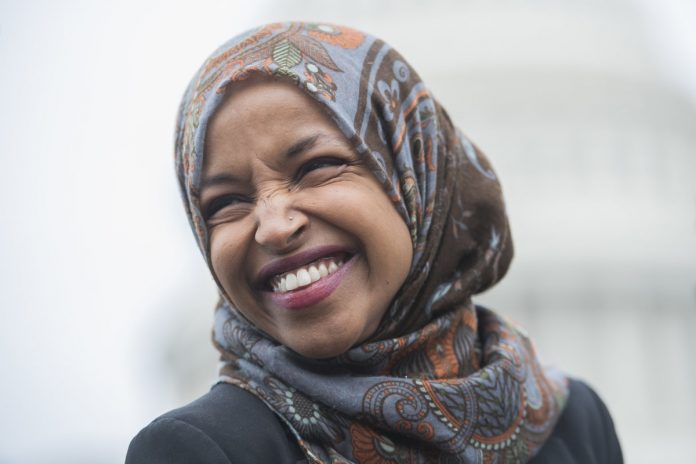 On Monday February 11th, sharia-adherent Congresswoman Ilhan Omar publicly acknowledged her anti-Semitic comments, but stood by her criticisms of Israel.

The real question is: “Why is anyone surprised a sharia-adherent muslim hates Jews?”

The Koran, which according to Islam contains the uncreated words of Islam’s god Allah, reveals a systemic hatred for Jews.

“For them (Jews) in this world is disgrace, and for them in the Hereafter is a great punishment” (5:41)

The most authoritative report about what Islam’s prophet Mohammad said records: “The Prophet said, ‘The hour of judgment will not come until the Muslims fight the Jews and kill them.’” (Bukhari 2926)

The Koran commands muslims not to take Jews and Christians as friends, and muslims who do will go to hell (Koran 5:51).

As a Special Agent in the FBI and the creator of the first Counterterrorism Training program in the government detailing the threat of the Muslim Brotherhood, sharia, and the broader Islamic networks, UTT President John Guandolo recalls:

“In the Counterterrorism division of the FBI, we discovered the deeper a muslim went in his/her study of Islam and sharia, the more likely they were to support and participate in violent actions and have a hatred towards Jews.”

A 2015 survey from the Institute for the Study of Global Antisemitism and Policy came to the same conclusion.

On January 10, 2019, the three (3) muslim Members of Congress – Ilhan Omar, Rashida Tlaib, and Andre Carson – all attended and participated in festivities hosted by the terrorist group Hamas doing business as the Council on American Islamic Relations (CAIR) at the Hyatt Crystal City in Arlington, Virginia.

See CAIR is Hamas at UTT’s website for some of the evidence detailing CAIR’s creation by the U.S. Muslim Brotherhood’s Palestine Committee which is Hamas in the United States.

Today in Congress we have three (3) muslim Members of Congress who: overtly support the Koran over the Constitution, are working with the U.S. Muslim Brotherhood’s leaders to undermine liberty and America’s Constitutional Republic, and are violating their Oaths of Office by failing to “protect and defend” the Constitution while participating in actions that can only be described as seditious.

In an America with a functioning counterintelligence apparatus and Department of Justice, these three Members of Congress would be facing federal charges. But the establishment Republicans, as well as Democrat leaders are giving them a pass.

This is a good reminder for readers waiting for Congress to “do the right thing” – this war will be won locally in your county and city. Get it done there because the federal leadership appears unwilling to do their duty and their jobs.