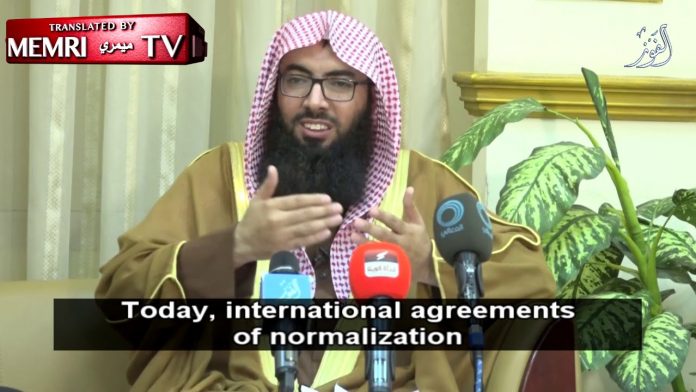 Palestinian cleric Saed Al-Tubasi said in a video posted on January 7 on Alfoz Internet TV (Kuwait) that the desires of the Jews are not limited to Palestine, as evidenced by the blue stripes on the Israeli flag, which he claimed symbolize the Nile and Euphrates rivers.

He claimed that the Jews also want parts of northern Arabia and of southern Turkey. Sheikh Al-Tubasi added that the Palestinians are against normalization of ties with Israel and that the infidels are trying to change the education curricula in Muslim countries and to put an end to the concepts of Jihad and of disavowal of infidels. Al-Tubasi also said that Muslims must disavow and hate the Jews.