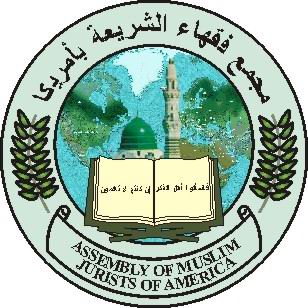 The Assembly of Muslim Jurists in America (AMJA) is part of an international network of Muslim scholars that preaches shariah rule as a government system, even issuing a fatwa delineating sharia’s “superiority” over democracy. It is one of many Muslim organizations now dangerously and politically active in the United States. They include the 25-year-old Council of Islamic Relations, CAIR, self-described as a “Muslim civil rights organization” with an Islamic perspective on American public issues. More recent organizations – created in 2015 and similarly politically dedicated – include JETPAC, the Justice, Education and Technology Policy Advocacy Center, which encourages American Muslims to get involved in local politics, and MPower Change, committed to creating a political platform for Muslim issues and organizing around it.

All these politically active Muslim-American groups, prominent Muslims and other Muslim Brotherhood-affiliated organizations within the U.S. publicly avow that they have no intention of implementing sharia in the U.S.  Yet, their stated political goals, public statements and recent reports, betray their true intentions:  to grow in political strength sufficient to replace our democracy with their religious governance.

More than 100 top Muslim leaders belong to AMJA, which began in 2003. Imams at over 3,100 U.S. mosques look to AMJA for instructional guidance to lead their congregations. The group’s name in Arabic, “The Group of Sharia Specialists in America,” implies its purpose:  to impel Muslims to follow its comprehensive, sharia-compliant fatwas. Many of the group’s leaders attended Egypt’s Al-Azhar University, the world’s highest academy of Islamic learning and interpreter of the definitive sharia text – The Reliance of the Traveller.

Thus, AMJA possesses authority to provide legal rulings for the worldwide Islamic community and keep all Muslim Americans and affiliated Muslim Brotherhood organizations in line with unalterable sharia law. The organizationrules on how Muslims must conduct themselves in the non-Muslim world until sharia becomes law. One fatwa revealingly instructs Muslim judges in non-Muslim countries to judge by Sharia “as much as possible, even if by ruse.”

Following the 2016 election and the perceived “calamity” of Trump’s victory, AMJA issued a major, fatwa-filled report:  “AMJA Post-Election Statement: Principles and Roadmap.” It cited concern over three specific Trump administration actions: the executive order barring entry to those from “countries of concern” – Iraq, Syria, Iran, Libya, Somalia, Sudan and Yemen – support for a congressional bill to designate the Muslim Brotherhood as a foreign terrorist organization and the announced move of the American embassy in Israel to Jerusalem.

In response, AMJA’s Roadmap calls on Muslims to defend Islam and use U.S. constitutional rights to their benefit. It cautions them to defer to trained scholars, assumedly AMJA leaders, and avoid violating sharia tenets. It calls for Muslim unity, alignment of their dawah efforts and coalition building with other ethnic and religious groups and movements that serve Muslim community causes. The Roadmap also issued veiled threats to American citizens.

The foundation for AMJA’s Roadmap exists in a 1991 Muslim Brotherhood document, the Explanatory Memorandum on the General Strategic Goal for the Group in North America, entered into evidence during the 2008 HLF-Hamas trial. The secret internal document, written by senior MB officials and a Hamas leader, clearly defined the Brotherhood’s goals, activities and infrastructure in America.  It elucidated plans to infiltrate and take over American democracy and the Constitution and replace them with an Islamic government and sharia. It clearly defines its “work in America as a kind of grand jihad in eliminating and destroying the Western civilization from within.”

AMJA’s general secretary, Dr. Salah Al-Sawy, who also founded Mishkah Islamic University of North America (formerly Sharia Academy of America) hasproclaimed that the Muslim American community seeks to improve its position regarding jurisprudence, rather than imposing sharia, as they are not yet in a position to do so in the west.

However, Ibrahim Hooper, CAIR spokesman and co-founder, was more forthright in a 1993 interview when he stated that he wants the U.S. to be governed by Islamic law in the future. In 2003, he admitted that if Muslims became a majority in America, they would likely seek to replace the Constitution with sharia. CAIR, an un-indicted, co-conspirator in the HLF-Hamas trial, has thwarted efforts to protect fundamental constitutional rights, such as the American Laws for American Courts, ALAC, legislation which seeks to prohibit foreign laws from being used in U.S. courts. CAIR has falsely claimed anti-Muslim bias in a bill that actually protects Americans from foreign law and affirms America’s commitment to the U.S. Constitution.

The newer Muslim American organizations not surprisingly echo the Muslim Brotherhood, CAIR and AMJA positions and activism. MPower Change, co-founded by MB operative, Linda Sarsour, joined CAIR to fight for repeal of Trump’s entry ban on people from designated terrorist havens. It also endorses the boycott, divestment and sanctions movement that targets Israel. It has worked to increase voter turnout with #MyMuslimVote partners national network and held the first ever, National Muslim Voter Registration Day, registering new voters at 50 different nationwide events, including many mosques, and called 10,000 voters in a #CallingAllMuslims phone-bank effort.

In November 2018, CAIR, JETPAC and MPower Change jointly published “The Rise of American Muslim Changemakers:  Political Organizing in the Trump Era.”  The report showcased Roadmap and MB strategic plan results. It summarized successful efforts to increase Muslim participation in the American political process and reaffirmed the MB’s commitment to influencing the political landscape and advancing Islam. Promoted as “an analysis of the rise of the American Muslim political class in the Trump era,” the report profiles the 276 American Muslims who ran for office between 2016 and 2018. They raised $16.2 million and ran for mostly local, county and state legislative offices. Of those, 131 were elected, 36% women and 64% men. More than half of the candidates were in California, New Jersey, Minnesota and Michigan, states with the largest Muslim populations.

The report also used data on American Muslim voter attitudes from CAIR’s 2018 midterm election exit poll survey of 1,027 respondents to provide insight into increased Muslim participation and political success.  It characterized Muslim Americans as “unapologetically Muslim” in the face of alleged “Islamophobia” and as aligned with progressive leftist voices in the current political spectrum, citing a 78% Muslim vote in the midterm elections for Democrats. It calls attention to the rise of anti-Muslim bigotry and discounts the role of understandable public concerns about rampant Islamic terrorism and of blatant attempts by Muslim leaders to integrate sharia aspects into American communities. The report also mentions, as an example of bigotry, opposition to build a mosque at the 9/11 site and fails to recognize the insensitivity of such a plan. It also fails to mention worldwide Islamic terrorist attacks and Muslim ideology spewed nationwide in mosques and universities that are radically antithetical to western principles of liberty and equality. The report attributes “Islamophobia” to the Republican Party, particularly in the Trump era, rather than righteous caution concerning Muslims after radical Islamic activity in the U.S. and abroad.

Despite these conclusions, the report characterizes American Muslim candidates as focusing on community needs to ensure that “American political culture serves everyone, equally and equitably.”  It says most American Muslim candidates enjoy localized and highly networked support with overlapping constituencies or “intersectionality,” affiliate with the Democratic Party and align their interests with those of other ethnic and religious minorities. Remarkably, given Islam’s position on homosexuality and drugs, they support LGBTQ and promote marijuana decriminalization. As these positions are antithetical to Islamic norms and values, this smacks of pure opportunism to ally with the Left to advance Islam.

The political advances of these new American Muslim organizations, detailed above, are not surprising. For three generations, the Muslim Brotherhood in America has been building an observant Muslim base to integrate sharia and promote Islam. Their work is beginning to bear fruit as evidenced by the burgeoning of Muslim American political power. This a horrifying prospect given that Islamic doctrine unalterably prohibits the separation of mosque and state, mandates the supremacy of Muslims over non-Muslims and codifies the dominion of men over women. We should be alert and recognize that this movement represents a growing threat to democracy and American values.