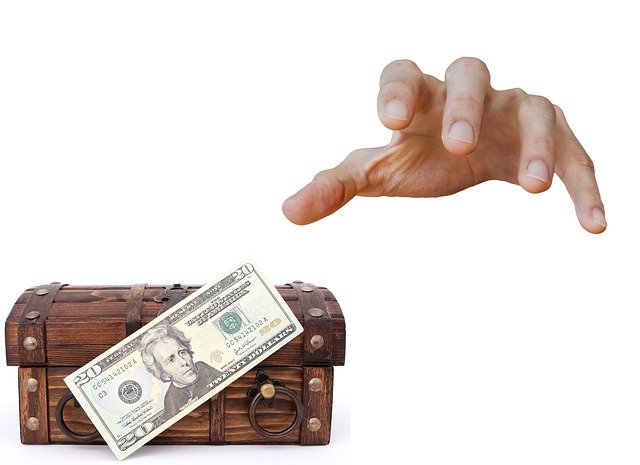 On Facebook there is a meme (right) based upon what President Donald J. Trump said at his “Choose Greatness” 2019 State of the Union. President Trump said:

America was founded on liberty and independence, and not government coercion, domination, and control. We are born free and we will stay free.

Tonight, we renew our resolve that America will never be a socialist country.

When I saw this meme I posted this:

A Facebook friend Randy Rioux asked, “What is that for?”

Merriam Webster defines coveting as, “to desire (what belongs to another) inordinately or culpably.”

The Individual vs. The Collective

Ayn Rand’s 1946 monograph “Textbook of Americanism” explains in the simplest terms possible what made America unique and great.

Rand opens with an explanation of two starkly contrasting ideas.

What Is the Basic Issue in the World Today?

The basic issue in the world today is between two principles: Individualism and Collectivism. Individualism holds that man has inalienable rights which cannot be taken away from him by any other man, nor by any number, group or collective of other men. Therefore, each man exists by his own right and for his own sake, not for the sake of the group.

These two principles are the roots of two opposite social systems. The basic issue of the world today is between these two systems.

President Trump clearly threw the gauntlet down against the “collective” when he said, “America was founded on liberty and independence, and not government coercion, domination, and control. We are born free and we will stay free.”

This is what every America should be alert for as we enter the 2020 Presidential primaries. There will be dozens of debates as both political parties field candidates at the national, state and local levels.

The defining issue in 2020 will be coveting.

Coveting takes on many forms. Here are some core coveting issues to watch out for:

All of these forms of coveting, and many more, will be on full display during the 2020 Presidential primaries.

Watch for them. Beware of them. Vote to end coveting.