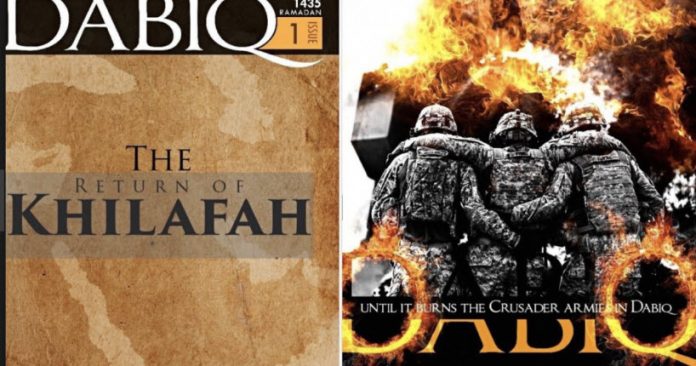 Ilhan Omar can now add liar to her resume.

After a 2013 interview of Ilhan Omar recently surfaced on the internet in which she mocked Americans’ fears of Islamic terrorist organizations by citing a terrorism class she took in college, Big League Politics decided to investigate the merit of Omar’s claims.

Omar was being interviewed by Ahmed Tharwat when she stated that terrorist groups do not have scary names, laughed at people’s fear of terror cells, and blamed the United States for terrorism.

During the interview, Omar smiled and implied that if terrorist organizations were an elected group instead of individual people of a nation executing terrorist activities, then their actions would be accepted and justified under law. “All these groups like Al-Shabab and Al-Qaeda are not really legitimate and it is easier for you to say it is not ok because it’s not a legitimized action- by laws,” She said.

At one point of the interview, Tharwat said Al-Shabab, Hezbollah, and Al-Qaeda are Arabic words that are showcased as wrong or evil.  Omar replied while laughing, “These words don’t really mean anything evil right?”

When the host said “Al-Shabab” means the “Youth”, Omar laughed, implying that the terrorist organization that often recruits child soldiers and is responsible for killing thousands of innocent people in East Africa is harmless. In 2012, Al-Shabab pledged allegiance to Al-Qaeda, the Islamic terrorist organization founded in 1988 by Osama bin Laden.

Omar and the host continued with their pro-terror tirade in which she minimized counter-terrorism terminology. “Or Madrasa. No one wants to go to Madrasa anymore even though it means school” Tharwat said as Omar giggled and laughed.

One of the most alarming statements during the interview was when the host tried to justify a terrorist attack in Kenya by insinuating that the attack was warranted because “we never see Americans apologize when their troops, when their states destroy other countries, when their states’ empire misbehaves overseas.”

Tharawt and Omar continued to disrespect the United States by saying Americans are “polluting (Arabic) language!” and went as far as saying sensationalized media is to blame for purporting that groups like Al-Qaeda, Al-Shabab, and Hezbollah are evil.

Adding to the absurdity, Omar said, “We don’t need to go on a witch hunt”, when investigating acts of terrorism. Omar’s comments ought to be viewed with tremendous concern given that her Somali district in Minneapolis, Minnesota, is now the terrorist recruitment capital of the United States for ISIS.

“Terrorism is a reaction to a situation. We didn’t have terrorism before invasion or wall,” Tharawt said.

Omar and Tharawt agreed in their discussion together that the United States is to blame for terrorism. Alarmingly, Omar is now serving on the US House Foreign Affairs Committee, while holding pro-Islamic terror and anti-American sentiments.

“Usually most people want to not look into their actions that make another reaction,” Omar said as she continued to defend acts of Islamic terrorism. While discussing Al-Qaeda and Al-Shabab, Omar said its members are “normal citizens” and that the organizations “don’t mean anything evil”.

At the 16:45 mark in the interview, Omar said she took a course on terrorism in college. In one of the most disturbing sound bites, Tharawt asked Omar “if there was a lab (physical experiment)” for her terrorism class, to which she replied by laughing, “we learned the ideology. Every time the professor said Al-Qaeda, he sort of…his shoulders went up. Al-Qaeda, Hezbollah”.

Tharawt asked Omar, “What is his name? Where does he live”?

Omar replied, “Oh we are not saying his name. You probably get to see him on CNN.”

The University cited FERPA, disallowing the media access to an elected member of Congress’s actual records at the University. However, NDSU confirmed that Omar and her husband both attended the univeristy. NDSU said Omar’s “brother husband” attended University for two years with her and that she obtained a degree in Political Science and International Studies. The professor she had for the terrorism class is Dr. Thomas Ambrosios.

According to his updated CV by NDSU nowhere does this professor indicate that he has been interviewed by CNN or featured on CNN.  In fact, his CV indicates that he is a member of the Foundation for Defense of Democracies (FDD) a neoconservative group with an obfuscated funding history as outlined in this write up by RightWeb .

Ilhan Omar lied about her professor working for CNN, and she mocked “Americans,” including her professor, for treating designated Islamic terrorist organizations as evil and stated she thinks their actions are justified.  Her most recent line of questioning to Elliot Abrams, who currently serves as President Trump’s Special Envoy to Venezuela, is in tangent with the ISIS manifesto that outlines how the United States is observed with deep-seated hate. Omar was careful to refer to “genocide” or atrocious outcomes in El Salvador with nearly identical verbiage of the ISIS Manifesto.

While smiling and speaking to Abrams, who is Jewish, with utmost disgust and loathing for US actions during the Iran Contra Affair (actions of training and aiding El Salvadorians to regain their freedom from a communist dictatorship) Omar was condescending, rude and sarcastic. Watching Omar was like watching an ISIS recruitment video or reading a copy of Dabiq, which is the online magazine published in English and European languages by ISIS to recruit and radicalize Westerners all around the world. Dabiq serves as an instrument of propaganda for Islamic terrorists.According to the Council of Foreign Relations, Dabiq portrays jihadists as the voice of Islam, and states that the West is the sole enemy of Islam. Dabiq describes the end of time as the culmination of a centuries-long conflict between the Islam and the West.

Based on this conversation, Congresswoman Omar appears to see terrorism as a joking matter. But to the countless victims of global jihad, those who have been inspired by the murderous beliefs of Muhammad are nothing but nightmares.

Rep. Omar’s mocking spirit and recycling of ISIS recruitment terminology is no shock when paired with her decision to wear a hijab directly following the murderous Islamic attacks on 9/11, which she defended as an “open declaration of her identity” and told Americans to “just deal with it”.

A woman with such deep-seated hatred for the very country that afforded her freedoms, that afforded her the right to even run for office with the support of CAIR, an organization that is deemed a terrorist organization by the United Arab Emirates, should not be serving in the United States Congress. In fact, Omar shouldn’t even be allowed to continue residing in the United States as a “refugee”, given that she has expressed support for foreign Islamic terrorist organizations on multiple occasions.

Omar is suspected on lying about her basic demographic information like her “husband” who is believed to be her biological brother.  She lied about her professor and showcases her sympathies with jihadists in the way she spoke about her professor and the way she questioned Elliott Abrams. Omar is also a vile jew hater who has on multiple occasions spouted off anti-Jewish statements and has promoted eradicating Israel. In similarity to her predecessor, Keith Ellison, who is also a Muslim, Omar’s campaign was funded by CAIR, which often headlines fundraisers with Siraj Wahhaj, a co-conspirator in the 1993 World Trade Center bombing whose son was arrested in 2018 for training children to be jihadists and planning a terrorist attack on a hospital in Atlanta.

Tore Lindeman contributed to this report.