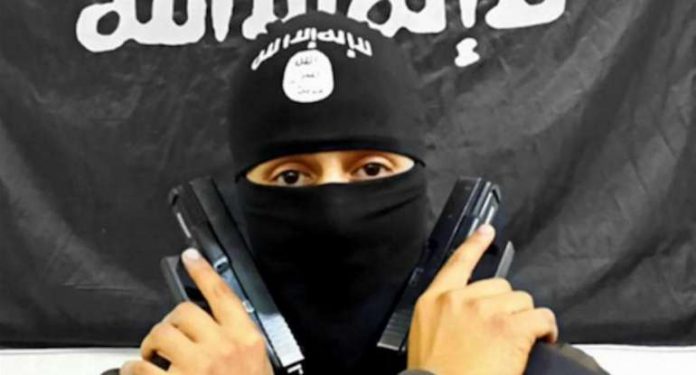 The Muslim Student Association (MSA) is comprised of hundreds of chapters at universities and colleges across the U.S. and Canada. Founded in 1963 with its roots in the land grant universities of the American Midwest, it now boasts chapters in every state in the country and is unquestionably the largest Muslim student group in American higher education.

MSA, however, has repeatedly come under scrutiny by law enforcement and the media following 9/11. But political pressure has been placed on these same law enforcement agencies to stop looking at MSA chapters as “radicalization incubators.”

Yet now in at least one current court case, former MSA leaders are accused of using their campus group to recruit fighters for ISIS. Another MSA chapter president was recently indicted for assisting others sending money to Al-Qaeda in Syria.

Another MSA chapter has had two of its past presidents recently convicted of terrorism support, and that same chapter later openly raised money for the terrorist group Hamas.

In August 2010, I published here at PJ Media an article recounting a lengthy list of MSA leaders who have been charged in cases related to Islamic terrorism. That list included al-Qaeda cleric Anwar al-Awlaki, who previously served as president of the MSA chapter at Colorado State University and was killed in a September 2011 CIA drone strike in Yemen.

Two past National MSA presidents were also named, including Abdurahman Alamoudi, who is still currently serving a federal prison sentence for his role in a Libyan intelligence plot to use al-Qaeda operatives in the assassination of the Saudi Crown Prince.

In the subsequent eight-plus years since that article, new cases of MSA leaders being charged with terrorist crimes have emerged:

Awso Peshdary and Khader Khalib have both been charged in Canadian courts on terrorist charges related to an ISIS recruiting cell in Ottawa. According to court documents, both men and their associateswere leaders of the Algonquin College MSA chapter, where they successfully conducted their terror recruiting. Peshdary is currently on trial, while Khalib was charged in absentia and is believed to be a member of ISIS in Syria. Phone intercepts produced during Peshdary’s trial show that the Algonquin College MSA president and secretary, and at least two other MSA members were prepared to go fight in Syria.

Alaa Mohd Abusaad was arrested in Toledo, Ohio in October 2018, and charged by federal prosecutors with directing an undercover operative on how to send money to Al-Qaeda’s affiliate in Syria. She directed the operative on how to send the money to one of her contacts in Turkey, giving specific direction on how to conceal the transaction to avoid law enforcement scrutiny. Her LinkedIn profile identifies her as the president of the University of Alabama MSA chapter.

Salman Ashrafi was one of the early ISIS recruits, who conducted a dual suicide bombing targeting troops at an Iraqi base north of Baghdad in November 2013, killing 46. Ashrafi has obtained a degree in management from the University of Lethbridge in Alberta, where he was president of the school’s MSA chapter, and had a well-paying job in the energy sector. He was part of a larger terror cell operating in Calgary, and his death was eulogized by ISIS and used as a tool to recruit other foreign fighters to the terrorist group.

Sultane and Asif Salim are brothers who were charged in November 2015 with sending thousands of dollars to al-Qaeda cleric Anwar al-Awlaki in Yemen to support al-Qaeda in the Arabian Peninsula’s campaign wage terror against U.S. military personnel in Iraq, Afghanistan, and throughout the world. Both Sultane and Asif served as president of the Ohio State MSA chapter while attending the university. One of their indicted conspirators delivered $22,000 to an associate of Awlaki, with $15,000 coming from Sultane and $2000 from Asif. The brothers plead guilty last year. Asif was sentenced to six years in federal prison, and Sultane was sentenced last month to five years.

These cases fall into a long-term pattern of MSAs being directly involved in terror support prior to the 9/11 attacks.

For example, immediately following 9/11 the Associated Press reported that the National MSA website had a donation link to a charity website operated by an aide to Osama bin Laden. Just prior to the attacks, the MSA chapter at the University of Southern California hosted a March 2001 event featuring Taliban spokesman and senior adviser Syed Rahmatullah Hashimi.SPONSORED

The Wall Street Journal published an account in December 2003 of University of Tennessee student Mustafa Saeed, who claimed that he has been recruited into the Muslim Brotherhood through the school’s MSA chapter, where he was taken to conferences featuring extremist speakers and ended up soliciting funds for Islamic charities later implicated in terrorist financing.

There have been a number of cases of MSA members who have been charged with terror-related crimes:

Perhaps most prominent among MSA members (as opposed to group leaders) who turned to terror is Adam Gadahn, the al-Qaeda spokesman responsible for a number of official video statements by the terror group who was killed in a U.S. drone strike in January 2015, whose testimony on converting to Islam was postedon the USC MSA website.

It perhaps may be no coincidence that one of the ISIS-inspired terror attacks in the U.S. occurred at The Ohio State University on November 28, 2016 by Somali refugee and third-year logistic management student Abdul Razak Ali Artan.

In fact, the Ohio State MSA may be one of the most consistently radical campus chapters in the U.S.

I’ve noted above that Sultane Salim and his brother, Asif Salim, both of whom served as president of the Ohio State MSA, plead guilty to sending money to Anwar al-Awlaki in Yemen.

During Sultane Salim’s term as president at the Ohio State MSA the group ran online news service MSA-NEWS that served as the clearinghouse for statements by Islamic terror groups around the world. MSA-News was also the go-to source for fatwas by Osama bin Laden calling for war against the United States.

The Ohio State MSA-based MSA-NEWS also encouraged followers during Ramadan celebrations in 2000 to purchase a video by Azzam Productions entitled, “The Martyrs of Bosnia,” encouraging jihad.

For this reason, the Ohio State MSA came under law enforcement scrutiny after 9/11, and British and German authorities shut down Azzam Productions websites in response to the 9/11 terror attacks.

In October 2002, while Asif Salim was involved with the group, the Ohio State MSA chapter hosted the Third National Conference on Palestinian Solidarity, with Palestinian Islamic Jihad executive committee member Sami al-Arian as the keynote speaker. Al-Arian was subsequently jailed by federal authorities and later deported following his release.

During the caravan, clashes between convoy members and Egyptian authorities resulted in the killing of an Egyptian policeman.

After that incident, MSA president Mohamed Soltan was interviewed (at ~10:37) by Iranian state network PressTV, where he denounced U.S. policies and the refusal of Egyptian authorities to permit their entry into Hamas-controlled Gaza.

This convoy occurred after a previous March 2009 convoy staged by Galloway, in which on live TV he handed a duffle bag full of cash to Hamas social minister Ahmed Kurd, also a U.S. designated terrorist, and pronounced that he was knowingly defying international sanctions. Galloway later met with Hamas leader Ismail Haniyeh, where he gave $38,000 to the terrorist leader.

Just days following that event, the Ohio State MSA announced that they were hosting George Galloway for an April 4, 2009 fundraiser hosted by Soltan for yet another Hamas support convoy.

That money raised during Galloway’s U.S. tour was delivered to Hamas officials in July 2009.

One would think that a student organization openly supporting U.S. designated terrorists might think that would get the attention of law enforcement authorities. This, however, was during the beginning of the rollback on terror finance designations and prosecution under the Obama administration.

In 2007, the NYPD issued a report on radicalization that noted the role of MSAs in terrorist radicalization. In fact, several of the subsequent terror plots targeting New York City involved MSA members.

No sooner had the report been issued, then it came under fire. Leaks to the Associated Press revealed that the NYPD had kept an eye on MSA groups in the Northeast during 2006-2007 collecting publicly available information. That got translated by the media and far-left advocacy groups as “spying on Muslims.”

Then-New York Mayor Michael Bloomberg dismissed those complaints. But following the election and inauguration of his successor, Bill de Blasio, support for the NYPD’s information gathering and incorporating MSA activities into their threat matrix withered.

Despite pleas from the New York Post to keep the radicalization report available online, the deBlasio administration ordered a purge of the document and agreed to a settlement promising to remove the report from the NYPD’s website.

Meanwhile in Canada, the Royal Canadian Mounted Police (RCMP) continue to observe the activities of MSA groups given evidence by security officials that eleven high-profile jihadists and terror suspects have been associated with the MSA. The Canadian Parliament continues to receive testimony about the role MSAs play in terrorist radicalization.

With the example of the role that the Algonquin College MSA played in ISIS recruiting in Ottawa, Canadian authorities have reason to worry.

Given the escalation of radicalization and new cases of MSA leaders convicted on terror-related charges since my initial article in August 2010, it would seem prudent for the Justice Department to reverse the rollback of maintaining awareness of what is occurring in MSA groups that have an established record of promoting extremism. As the NYPD noted in their report, MSAs have been shown to be the perfect “radicalization incubators.”

And as these recent cases I’ve documented show, the NYPD concerns about the Muslim Student Association were entirely right.