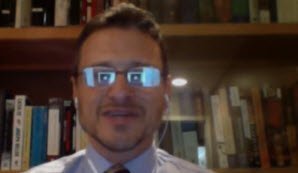 Good news! If you’re thinking about taking a summer course at the Catholic Theological Union in Chicago, now you can dive into one about how, despite over 34,000 jihad attacks worldwide since 9/11 committed in the name of Islam and in accord with its teachings, Muslims are actually victims of “Islamophobia” manufactured by a sinister “Islamophobia industry,” which prevents people nationwide from thinking that Islam is just great.

This course will cover the epidemic of Islamophobia in contemporary U.S. American society. Its aim is: to assess the extent of the problem, including statistics regarding anti-Muslim hate crimes and an analysis of the so-called “Islamophobia industry”; to explore and deconstruct negative and harmful anti-Muslim stereotypes, particularly as key elements of dominant mainstream media, “alt-right” media, and social media narratives; and to articulate a ‘Catholic response’ based on Catholic social teaching, theology of interreligious dialogue, and the longstanding praxis of Catholic-Muslim dialogue in the U.S. in which Catholic Theological Union has played a significant role.

Scott Alexander is certainly qualified to teach a course of this kind. According to the CTU website, “Scott has been studying, teaching, and writing about Islam and Muslim-Christian relations for over 35 years. The focus of his life’s ministry is building bridges of reconciliation, mutual understanding, and solidarity for justice between Muslims and Christians in the U.S. and abroad. As a self-described ‘scholar-activist,’ Scott devotes considerable energy to challenging structures of Islamophobia and other forms of systemic bigotry and marginalization. His most recent scholarly research focuses on the role of triumphalism in Christian-Muslim relations and deals with the inherent contradiction between religious claims to universal truth and the religiously motivated desire to impose this truth on others as a means of political and cultural domination.”

It is no surprise that with all his talk about triumphalism, systematic bigotry, marginalization, and political and cultural domination, Professor Alexander demonstrates no awareness of the fact that devout Muslims screaming “Allahu akbar” have committed numerous acts of violence against non-Muslims in Europe and North America over the last few years. Nor does he seem to be aware that the Islamic State, an international jihad terror group, has called for such attacks in Europe and North America as part of a large attempt to weaken existing governmental systems and hasten their collapse, so that Sharia entities can be established in their place. That’s a kind of systematic bigotry and marginalization, in service of political and cultural domination, that doesn’t seem to register on his radar screen.

Will this course discuss how the term “Islamophobia” was chosen by Muslim Brotherhood organizations as a weapon to intimidate people into thinking it wrong to oppose jihad terror and Sharia oppression of women and others? Will it explore the 1,400-year history of jihad warfare against Christians, and investigate the role of Islamic texts and teachings in inciting that warfare? Will it discuss the status of the subjugated dhimmis under Islamic law? Will it explore the industry of faked anti-Muslim hate crimes? Will it show how those who are accused of being part of the fictional “Islamophobia industry” are vilified with ad hominem attacks, but never actually shown to be making false statements?

The answer is obvious, of course. No to all questions.

Will there be a course at any Islamic theological school, teaching about Muslim hatred of Christians, “the most vile of created beings” according to Qur’an 98:6?

Scott Alexander will likely never tell you this, but I will: the real originators of “Islamophobia” in the U.S. are not the supposed exponents of the “Islamophobia industry,” but Nidal Malik Hasan, Mohamed Atta, Osama bin Laden, Anwar al-Awlaki, Tamerlan and Dzhokhar Tsarnaev, Mohammed Abdulazeez, Syed Rizwan Farook, Tashfeen Malik, Omar Mateen, and all the other Muslims who have plotted and/or carried out jihad massacres on American soil. In fact, the whole “Islamophobia” hysteria is a cynical and disingenuous attempt to divert attention away from the reality of jihad terror.
(emphasis added)