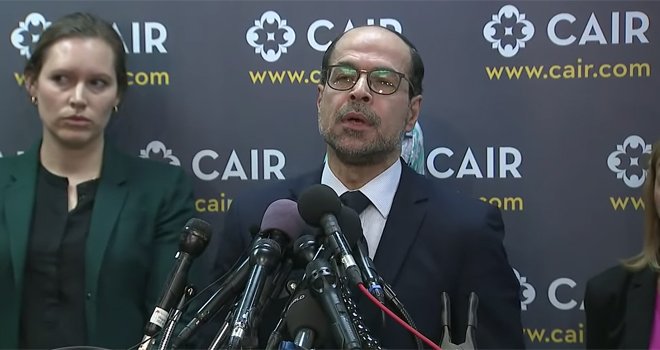 A supposed foe of jihad terror, the terrorist adopted the savage tactics of jihadists in order to further his twisted ideology. Whatever he was trying to prove, he only proved himself to be every bit as evil as those ISIS terrorists who torture, enslave, and behead.

Brenton Tarrant does not represent the Western tradition; he represents the sins of the West. Still, despite its sins, the West does need to be defended. Historian Arthur Schlesinger, Jr., put it this way:

No other culture has built self-criticism into the very fabric of its being. The crimes of the West in time generated their own antidotes. They have provoked great movements to end slavery, to raise the status of women, to abolish torture, to combat racism … to advance personal liberty and human rights.

Western Civilization needs to be defended, as do all those societies who have emulated the West by guaranteeing freedom of religion, freedom of speech, and equal rights for women. None of these freedoms can be taken for granted. They are threatened on many sides—from radical Islam, from the radical right, and even more from the radical left, from giant media and financial corporations, and from combinations of these forces.

Currently, the greatest threat to our freedoms comes from an alliance of leftists, Islamists, and global media giants. They have moved quickly to take advantage of the horrific crime in Christchurch. At a press conference on the mosque shooting, Nihad Awad, the head of the Council on American-Islamic Relations (CAIR), blamed President Trump, who, he said, has been able to “normalize Islamophobia and give legitimacy to those who fear Muslims and fear immigrants.” Awad claimed that Trump has created a climate of hate that has caused “attacks on innocent Muslims, innocent immigrants and mosques” to “skyrocket.” Meanwhile, in Istanbul, the International Union for Muslim Scholars has issued a statement calling on non-Muslim countries to ban Islamophobia.

Unfortunately, in the minds of many Muslim, and also in the minds of many politicians and according to the media, “Islamophobia” has come to mean any unfavorable criticism or discussion of Islam, no matter how accurate or reasonable. Thus, even if you merely call attention to jihad violence you may be considered an Islamophobe. Consequently, when world leaders are called upon to condemn violence, they rarely use the term “Islamic violence.” As Pope Francis remarked after the murder of a French priest by two jihadists, “If I speak of Islamic violence, I must speak also of Catholic violence.” As a result of this kid-glove treatment of the topic, many are left in the dark about the true motivation of jihadists. Other topics are off-limits as well. In today’s heated climate, if you draw attention to Islam’s oppression of women, or forced marriages, or honor violence, there are many who will brand you as a “hater”—one who should be banned from all public forums.

Internet monopolies such as Google, Facebook, and Twitter have already attempted to ban or restrict counterjihad sites which discuss or analyze the connection behind Islamic teachings and jihad terror. The Christchurch mosque massacre will undoubtedly inspire them to renew their efforts to silence critics of Islamist Ideology.

We can also expect continued efforts to criminalize “Islamophobia.” The Organization of Islamic Cooperation (OIC) has long pressured United Nations members to criminalize criticism of Islam, and many European nations have begun to comply. Last year, the European Court of Human Rights upheld the conviction of Elizabeth Sabaditsch-Wolff—an Austrian woman who, in the course of a seminar, had mentioned Muhammad’s marriage to a nine-year-old. She was found guilty—not because what she said was untrue, but because it hurt the “religious feelings” of Muslims.

Of course, we should all strive not to hurt the religious feelings of others. And I would hazard a guess that the average Westerner bends over backwards not to offend. But if we want to engage in honest reporting of history and current events, it’s sometimes impossible to avoid hurt feelings.

For example, the reporting and discussion of the sex-abuse scandal in the Catholic Church must be quite painful for many Catholics. However, those who rush to enforce Islam’s blasphemy laws would never agree to censor reporting of Catholic misdeeds in order to protect the “religious feelings” of Catholics. And justly so. Feelings shouldn’t trump the public’s right to important information. This should be the case even if the potential risks go beyond hurt feelings. Such reporting may, of course, put innocent priests at risk from angry individuals who   jump to the conclusion that all priests are abusers. Numerous cases of priests being cursed, spat upon, or physically attacked have already occurred. But although the potential risks may be an argument for more accurate reporting, it should not be used as an argument to silence all discussion of the issue. Without the disclosures, it seems likely that the cover-ups would have continued indefinitely, and the ultimate harm to the Church would be much greater.

Religious freedom does not mean freedom from criticism. Just as the Catholic hierarchy deserves criticism for protecting and even promoting abusers, there are aspects of Islam that merit criticism and, indeed, call for criticism. Jihad terror is not going to go away once it is no longer reported or discussed. The oppression of women and minorities under Islam is not going to end just because discussion of it is put to an end. Instead, it is likely that these practices will only increase once a curtain of silence is drawn around them.

This, sadly, is exactly what the mainstream media has been doing. To protect Islam from criticism, the media has given back-page treatment to stories of Islamic terror or has ignored them altogether. You know about the shooting of innocent Muslims in New Zealand, but there are a number of equally vicious attacks on Christians that you most likely haven’t heard of.

The attack on the mosques in New Zealand took place on March 14 and received intensive worldwide coverage. Yet four days earlier, two Muslim suicide bombers tried to blow up a church in Adamawa State in Nigeria. Six days earlier, on March 4, Muslim Fulani tribesmen killed 23 Christians with machetes and gunfire in Benue State. And on March 10 and 11, Fulani herdsmen killed 85 people in three communities in Kaduna State. A month prior to that, Boko Haram militants killed 60 people and burned hundreds of structures in the Nigerian town of Rann.

Judging by the lack of international news coverage, one is forced to the conclusion that the media considers the ongoing slaughter of Christians to be a low-priority matter. In some instances, the Christians can’t even count on local coverage. International Christian Concern ends a report on a Boko Haram attack with these words: “The church leader regrets that these attacks are rarely reported on by the local media anymore. As a result, their people continue to suffer in silence, with minimal help from others.”

I mention these killings because they occurred close in time to the New Zealand attack. But they are only part of a bigger picture. In many parts of Africa, Asia, and the Middle East, attacks on Christians by Muslims are routine. These include attacks on Christians at worship. For example, in Alexandria, Egypt, 45 people were killed in church bombings on Palm Sunday 2017.  According to Open Doors, at least 4,305 Christians were murdered for their faith by Muslims in 2018.

Apparently, the incidence of global Christianophobia is far greater than the incidence of Islamophobia. Yet, by slanted and selective news coverage, the media attempts to convince us otherwise. In his press conference remarks, Nihad Awad spoke of skyrocketing attacks on mosques, and the media was quick to echo the claim. Except for occasional incidents of spray-painting—regrettable as that is—attacks on mosques in the Western world are extremely rare. What Awad and the press also fail to mention is that the vast majority of deadly attacks on mosques and on Muslim pilgrims are committed by other Muslims.

None of this is meant to detract from the horror of what was done at the Al Noor and Linwood mosques in Christchurch. It is an attempt to provide some perspective, lest, in the hysteria of the moment, the outrage in the wake of the shootings is used as an excuse to silence those who are trying to call attention to facts that we all need to know.