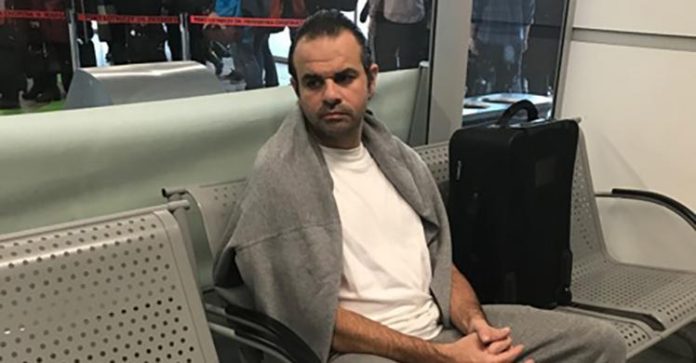 Ali Caby, aka “Alex Caby”, 41, entered the United States on an unknown date and at an unknown location without admission or parole by an immigration officer.

Ali Caby ran the Bulgaria office of AW-Tronics, a Miami export company that was managed by Arash Caby, which shipped and exported various aircraft parts and equipment to Syrian Arab Airlines. Ali Caby and Arash Caby closely supervised and encouraged subordinate employees of AW-Tronics in the willful exportation of the parts and equipment to SDN Syrian Air, whose activities have assisted the Syrian government’s violent crackdown on its people. Marjan Caby, as AW-Tronics’ export compliance officer and auditor, facilitated these exports by submitting false and misleading electronic export information to federal agencies.

On Nov. 21, 2018, Allenwood Medium Federal Correctional Institution (ALM) in Allenwood, Pennsylvania, remanded Ali Caby to ERO Philadelphia custody. ERO Philadelphia issued Ali Caby a notice to appear, charging inadmissibility pursuant to the Immigration and Nationality Act, as an alien who has at any time after admission engaged in any activity to violate or evade any law prohibiting export from the United States of goods, technology, or sensitive information.

On Jan. 15, 2019, an immigration judge ordered Ali Caby removed from the United States to Bulgaria, or Iran as an alternative. Caby is a citizen of Iran with lawful permanent resident status in Bulgaria.

On Friday, March 22, Ali Caby was turned over to Bulgarian authorities without incident.