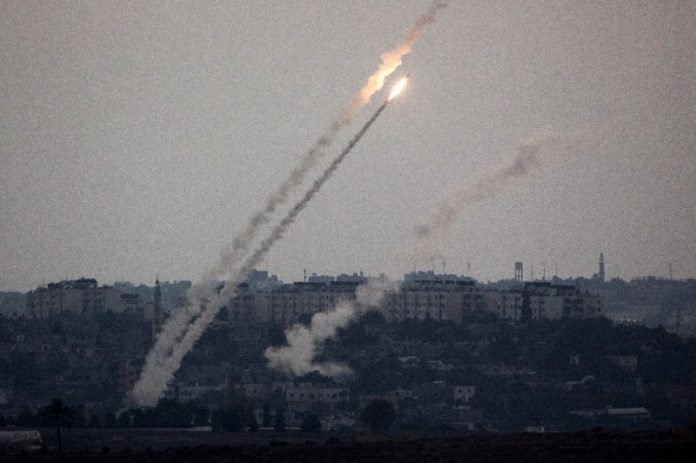 Relations between the Israeli government and the militant forces who rule the Palestinian Gaza Strip frequently deteriorate into small-scale skirmishes along the Gaza-Israel border. Yet political constraints on both sides contain the violence, preventing a larger conflict — such as the localized war that took place between Israel Defense Forces and Hamas in 2014 — from evolving. If unusually long-range rocket launches from the Gaza Strip occur more frequently, the Israeli threshold for a stronger retaliation will lower, even on the eve of a contentious general election.

Editor’s Note: After this Snapshot was published, a provisional ceasefire agreement was announced at 10 p.m. local time. Though it remains to be seen whether the ceasefire if effective, the willingness of both parties to negotiate in the face of escalatory rhetoric and military preparations indicates a shared desire to avoid a sustained confrontation. Israel’s retaliation against the most recent long-range rocket launch by Hamas was substantial, but it did not deviate much beyond previous responses to fire from Gaza. Israel targeted offices and residences of top Hamas leaders with precision strikes, though it should be noted that the premises were empty. Israel’s military preparations included a major mobilization of ground forces. This act demonstrates Israel’s willingness to escalate the fight against Hamas, something not only for Palestinian militants to take into account but also the Israeli population and government. Following the ceasefire, reports of strikes in Gaza and rocket attacks against Israeli communities continued. It is important to note, however, that even if the ceasefire is successful, it requires time to take effect.

A long-range rocket was launched from the Gaza Strip toward the town of Mishmeret, north of Tel Aviv, on March 25. The projectile struck a family home, injuring seven. Hamas — the Palestinian militant organization that effectively runs Gaza — claimed the rocket was fired accidentally, echoing an assertion made after the last rockets landed in Israel on March 14. The possibility of an accidental launch helped limit the potential for escalation previously, but now the claim appears to be falling on deaf ears. Israel has initiated a military retaliation that has the potential to escalate. In preparation for an elevated response, roads near the Gaza Strip were ordered closed by Israeli authorities, rail traffic has ceased, and civilians in areas near the Gaza Strip were pre-emptively advised to relocate to protective shelters. In addition to this, Israel Defense Forces started moving elements of the Golani Brigade and the 7th Armored Brigade toward the border with Gaza. Thousands of reservists have been called up, mostly from air defense units — which operate the Iron Dome system designed to intercept rocket fire from Gaza — and intelligence units. These preparations are much more significant than those normally taken during retaliatory strikes in response to individual launches by Palestinian militant groups.

This level of response from Israel is typically seen further along in the cycle of escalation when a ground incursion into the Gaza Strip is imminent.

Continued long-range rocket fire out of Gaza is abnormal. In the past, extended-range weapons have been used only during much more intense exchanges of fire, when ground incursions were already imminent — such as in 2012 and 2014. The attacks, however, precede Israeli legislative elections on April 9. The political dynamics in Israel are such that the government faces pressure to respond aggressively to Hamas, even though Israel does not want a protracted conflict. Political opponents of Prime Minister Benjamin Netanyahu have already criticized the government for its perceived weakness over Gaza, demanding that Netanyahu show clear resolve when it comes to retaliation against Hamas. The Israeli government has warned Palestinian factions that any further rocket launches — or other armed actions in response to the Israeli military retaliation — would set a path to war. Hamas, the Palestinian Islamic Jihad and the Popular Resistance Committees have taken a unified position, however, threatening retaliation in kind.

The exact motivation behind Hamas’ decision to fire long-range rockets at Tel Aviv, a highly disruptive act that by definition elicits a powerful Israeli response, is not exactly clear. The upcoming elections in Israel are a factor, which begs the question of why those in Palestine would choose to act aggressively when any Israel response will be elevated for political reasons. There exists the possibility that rogue Hamas elements are behind these recent launches, but because extended-range munitions are prized assets, their stockpiling and deployment is closely tied to the Hamas top leadership. A more likely possibility is that Hamas could actually be trying to draw Israel into a direct confrontation. At the very least, their activity complicates Netanyahu’s bid to maintain his position through the elections. Hamas has been in negotiations with Israel, through Egypt, to ease the Israeli blockade of the Gaza Strip. These talks, however, have been fruitless so far, and Hamas may feel it has better chances negotiating with an Israeli government not dominated by Netanyahu or his party. Increasingly, restrictions on aid to Gaza have encouraged Hamas to gamble on initiating a conflict to attempt to shift the diplomatic narrative around the Strip and force Israel to release at least some aid. In addition, Gazans have risen up in protest against Hamas in recent weeks and the organization’s leaders may be trying to deflect the ire of ordinary Gazans over the collapsing economy by stoking conflict with Israel.