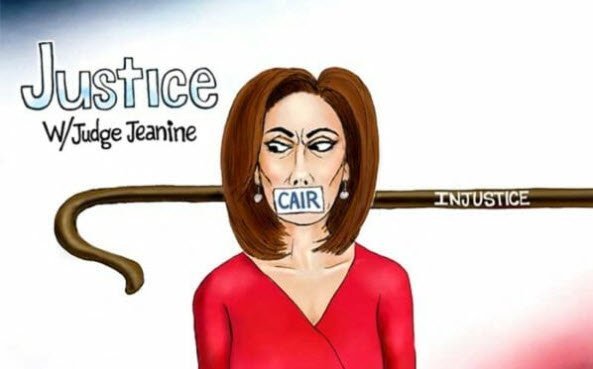 Did Pirro discuss Ilhan Omar on Saturday and the controversy surrounding her removal for two weeks?

If NOT, this is bowing to Sharia blasphemy laws that don’t allow the criticism of Muslims and Islam.  Guaranteed, Pirro won’t be elucidating viewers on the tenets of Sharia any more.

She may be back on FoxNews, BUT she is operating under Islamic doctrine and the pressure of CAIR/Hamas if she didn’t continue to discuss Omar and rampant Muslim antisemitism in Congress.

This is more evidence that CAIR/Hamas/the MB control America.

Whatever happened to Cruz’s 2015 bill to designate the Muslim Brotherhood as an FTO?  Heard about it lately?

This is dhimmitude and we’re in it full bore!