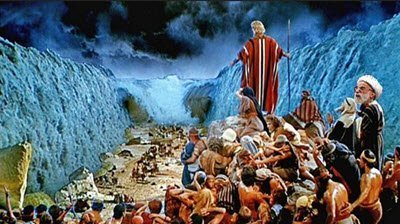 Neglected information and opinion relative to Israel, the Middle East and the immediate world.

The American Founding Fathers memorialized Moses, Passover and the Jewish Exodus from Egypt

Redacted from an article By Ambassador (ret.) Yoram Ettinger in Israel Commentary, April 1, 2015

Passover, and especially the legacy of Moses and the Exodus, has been part of the American story since the seventeenth century, inspiring the American pursuit of liberty, justice and morality.

The special role played by Passover – and the Bible – in shaping the American state of mind constitutes the foundation of the unique relations between the American People and the Jewish State. As important as are the current mutual threats and interests between the US and Israel, the bedrock of the unbreakable US-Israel alliance are permanent values, principles and legacies, such as Passover.

In 1620 and 1630, William Bradford and John Winthrop delivered sermons on the “Mayflower” and “Arbella,” referring to the deliverance from “modern day Egypt and Pharaoh,” to “the crossing of the modern day Red Sea” and to New Zion/Canaan as the destination of the Pilgrims on board.

In 1776, Thomas Paine, the author of Common Sense (which cemented public support for the revolution), referred to King George as the “hardened, sullen tempered Pharaoh.”

Upon declaration of independence, Benjamin Franklin, the most secular Founding Father, John Adams and Thomas Jefferson, the second third American Presidents, proposed a Passover theme for the official US seal: the Pillar of Fire leading Moses and the Israelites through the Red Sea, while Pharaoh’s chariots drown in the Sea.

The inscription on the seal was supposed to be: “Rebellion to Tyrants is Obedience to God,” framing the rebellion against the British monarchy as principle-driven. The lessons of the Jewish deliverance from Egyptian bondage reverberated thunderously among the Rebels, who considered the thirteen colonies to be “the modern day Twelve Tribes.”

The 19th century Abolitionists, and the Civil Rights movement from the 1940s to the 1970s, were inspired by the ethos of the Exodus and by the Bible’s opposition to slavery.

In the 1830s, the Liberty Bell, an icon of American independence, was adopted by the Abolitionists, due to its Exodus-inspired inscription: “Proclaim liberty throughout all the Land unto all the Inhabitants thereof” (Leviticus 25:10).

Harriet Beecher Stowe, the author of Uncle Tom’s Cabin (1852), and her husband, Calvin Ellis Stowe (“The Little Rabbi”) were scholars of the Bible and the Exodus.

Harriet Tubman, who escaped slavery in 1849 and freed Black slaves on the Underground Railroad, earned the name “Moses.” The 1879/80 Black slaves who ran away to Kansas were called “the Exodusters.” The most famous spiritual, “Go Down, Moses” was considered the National Anthem of Black slaves.

In 1865, following the murder of President Lincoln, most eulogies compared him to Moses. Just like Moses, Lincoln liberated slaves, but was stopped short of the Promised Land. France paid tribute to the martyred Lincoln by erecting the Statue of Liberty, featuring rays of sun and a tablet, just like the glaring Moses descending from Mount Sinai with the Two Tablets of the Ten Commandments.

In 1954, Dr. Martin Luther King Jr. compared the Brown v. Board of Education Supreme Court decision to desegregate public schools to the parting of the Red Sea. In 1964, upon receiving the Nobel Peace Prize, Dr. King proclaimed: “Oppressed people cannot remain oppressed forever. The yearning for freedom eventually manifests itself. The Bible tells the thrilling story of how Moses stood in Pharaoh’s court centuries ago and cried, ‘Let my people go.’”

President Reagan mentioned (Reagan at Westminster, 2010) Exodus as the first incident in a long line of Western resistance to tyranny: “Since the exodus from Egypt, historians have written of those who sacrificed and struggled for freedom – the stand at Thermopylae, the revolt of Spartacus, the storming of the Bastille, the Warsaw uprising in World War II.”

In July, 2003, President Bush stated, in Senegal, “In America, enslaved Africans learned the story of the exodus from Egypt, and set their own hearts on a promised land of freedom.”

In March, 2007, President Obama said in Selma, Alabama that the civil rights pioneers were the “Moses generation” and he was part of the “Joshua generation” that would “find our way across the river.”

In 2019, the leader of the Free World and its primary ally in the Mid-East, Israel, are facing the most lethal threat to liberty since 1945 – conventional and non-conventional Islamic terrorism.

Adherence to the legacy of Passover, marshaling the conviction-driven leadership of Moses, and demonstrating the Joshua and Caleb courage and defiance of odds, will once again facilitate the victory of liberty over tyranny.

Actually Uriah P Levy was the first Commodore in the US Navy serving in the war of 1812. His nephew was Jefferson Monroe Levy, and it was he who bought the run down home and estate of Thomas Jefferson (Monticello) at an auction. Jefferson Monroe Levy while not a religious Jew was at best an observant Jew. He was one of the founders of the American Jewish Congress, after the pogroms started in Russia in the latter part of the 19th century. The Admiral that you are referring to was Admiral Rickover who was the father of the modern nuclear fleet.

Thanks and … How about Benjamin Cardoza, Supreme Court Justice (Benjamin Nathan Cardozo (May 24, 1870 – July 9, 1938) was a well-known American lawyer and associate Supreme Court Justice and actually the first Hispanic on the Court well ahead of the present Far Left Justice Sonia Sotomayer that erroneously declared for that honor.  jsk

Haym Solomon was the guy that financed George Washington through the American Revolution.

(So, be very proud and have a sweet Passover.  jsk)