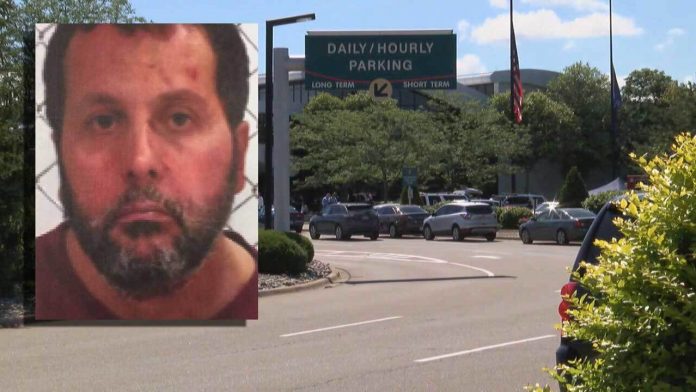 FLINT, Mich. (FOX 2) – A Canadian man convicted of terrorism for nearly killing an airport police officer in Michigan was sentenced Thursday to life in prison.

U.S. prosecutors said Amor Ftouhi drove 1,000 miles from Montreal to the airport in Flint, Michigan, where he yelled “God is great” in Arabic and repeatedly stabbed Lt. Jeff Neville in 2017.

Investigators said Ftouhi wanted to stab Neville, take his gun and start shooting people in the airport. He legally drove into the U.S. at Champlain, New York, and arrived in Flint five days later. He tried but failed to buy a gun at a gun show and instead bought a large knife.

Ftouhi is a native of Tunisia who moved to Canada in 2007. He had a degree in sociology, worked in insurance and had no indications of being radicalized until the attack in Flint.

Prosecutors have said he told investigators his “mission was to kill and be killed.”

His defense lawyer, Joan Morgan, said Ftouhi wasn’t attempting to create mass casualties and wanted to be killed so his family could collect life insurance and so he could become a martyr.

Following Thursday’s sentencing, Neville said he thinks about what happened every day.

“I have images of that day that I see in my head,” Neville said. “I don’t hate that man. The reason I say that man is I will not say his name; it’s the one thing I won’t do. I don’t hate him but I won’t say his name.”

Neville, who was on duty at the airport, when he was approached from behind by Ftouhi and had his throat slashed.

Ftouhi, who moved to Canada in 2007, was convicted in November. He was sentenced in a federal courtroom in Flint by U.S. District Judge Matthew Leitman.

Ftouhi, a Canadian resident for 8 years, had a degree in sociology, worked in insurance and had no indications of being radicalized until he moved to the U.S.

The case was a slam dunk for federal prosecutors, who sought a life sentence. They noted that witnesses saw Ftouhi attack Neville and wrestled him to the ground.

The Islamic State Threatens Jews in Israel and Abroad

The growing jihadist threat in Germany