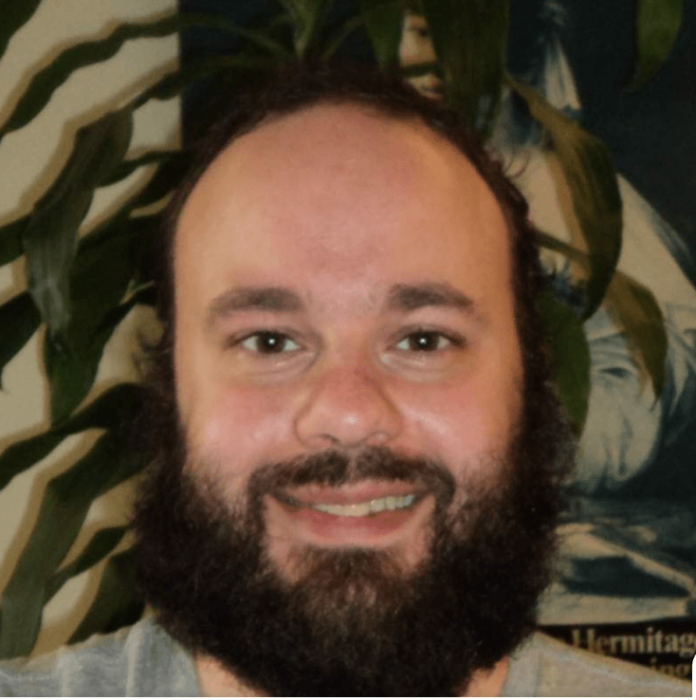 Following the highly suspicious fire at Notre Dame Cathedral in Paris, France, a man in carried two containers of gasoline and and some lighters inside St. Patrick’s Cathedral in New York City on April 17.

NYPD said Marc Lamparello, 37-year, was arrested after entering St. Patrick’s Cathedral with arson materials, and that he was also arrested on April 15 inside Newark’s Sacred Heart Cathedral when he refused to leave at closing time.

“There doesn’t appear to be any connection to any terrorist group or any terrorist-related intent here,” said John Miller, the New York Police Department’s deputy commissioner of intelligence and counterterrorism.

Upon entering the Cathedral, Lamparello was noticed by a security guard, who said he alerted NYPD counter-terrorism officers who just happened to be on the scene outside of the Cathedral when Lamparello arrived.

NYPD counter-terrorism officers arrested Lamparello, and he has been charged with attempted arson, reckless endangerment and trespassing.

But it appears as though NYPD is either being dishonest, or their investigators need to brush up on their counter-terrorism knowledge in the post-9/11 era.

You see, after Lamparello was arrested, it was revealed that he is a philosophy instructor who has taught philosophy at New York City’s Lehman and Brooklyn colleges and Seton Hall University in New Jersey. He was described by the media as a Catholic who also served as a music director at a New Jersey Catholic church.

Why would a devout Catholic teacher attempt to burn down one of the most famous Cathedrals during Holy Week, when Catholics around the world were preparing to celebrate Easter while mourning the Notre Dame Cathedral fire in Paris? Why would he book a one-way ticket to a foreign country when he was a college professor?

Of course, this doesn’t add up. At all.

So I did some research into Marc Lamparello and started with a basic address search.

A background check into Lamparello that has been verified by law enforcement sources who wish to remain anonymous provides the following address for Lamparello, and lists it as his “most recent address”.

Lamparello’s address is the same address as the “Al Madina Mosque” in Brooklyn, New York.

Al Madina Mosque does not have a website or a phone number, but is listed on Google with 12 reviews.

After I discovered that Lamparello’s Brooklyn address was the same address as a mosque, I searched for more recent photographs of Lamparello to see if his physical appearance suggested he had converted to Islam. It’s worth noting that Lamparello also has an address in New Jersey, which is the address the media is primarily focusing on.

Now we know why the media is avoiding his Brooklyn address…

A recent photograph of Lamparello indicates that Lamparello may in fact have converted to Islam. If he did in fact convert to Islam, being a Muslim and leaving Catholicism would explain why he, as a devout Catholic, woke up and decided he was going to attempt to burn down a Cathedral.

On Wednesday, Lamparello was charged with attempted second-degree arson for the April 17 incident, and faces up to 15 years in prison if convicted. The prosecutor, David Stuart, told judge Kevin McGrath during a video arraignment in Manhattan criminal court,

Stuart said investigators obtained phone messages and other materials under a search warrant that indicated Mr. Lamparello intended to start a fire, and had “spent considerable time planning and surveilling the location.”

The facial hair on Lamparello’s face is a classic Sunnah beard, which is worn by Islamic men, particularly Islamic converts.

In previous pictures, Lamparello wore a shorter beard, but the growth and specific way his beard is trimmed indicates that Lamparello may have converted to Islam.

Not only does he have the beard, but Lamparello also has a Zabiba on his forehead. A Zabiba is a prayer bump/ mark on the forehead of some Muslims, due to the friction generated by repeated contact of the forehead with the prayer mat during daily prayers.

While the prosecutor said there is evidence Lamparello spent time planning to burn down St. Patrick’s Cathedral, Lamparello’s lawyer, Christopher DiLorenzo, said his client suffered a psychotic episode. Lamparello watched Wednesday’s proceeding over a closed-circuit video link from Bellevue Hospital Center, where he sat in a hospital gown with DiLorenzo.

“It is clear that Mr. Lamparello suffered from a psychotic episode,” Mr. DiLorenzo said on Wednesday, “and the events leading up to and including the incident at St. Patrick’s Cathedral support this conclusion.”

One could argue that Islam is in fact psychotic. Islam is an ideology that calls on its adherents to conquer and kill. In the Quran, it states that non believers must be killed or forced into submission. All throughout the Middle East, Christian churches have been desecrated and burned by Muslims. Three days before the Notre Dame Cathedral mysteriously went up in flames and burned, a Muslim woman was charged for planning to blow the Cathedral up, leading many people to believe that the fire at Notre Dame during Holy Week was hardly an “accident” or “construction fire” as the media and french government was saying, all while the Cathedral was still in flames.

When Lamparello walked into St. Patrick’s Cathedral and was asked to leave, a police officer spotted him with the gas canisters and a black bag holding two containers of lighter fluid and a lighter, according to the criminal complaint.

Is Lamparello mentally ill? Or is he an Islamic convert?

I am not in the FBI. I am not a police officer. I am not a counter terrorism agent. Yet I have found evidence which I have presented, that suggests Lamparello may in fact be an Islamic convert, and no longer a devout Catholic like the media has been reporting in their desperate attempt to avoid mentioning that his Brooklyn address is the same address as a mosque.

Gee…did they say “Catholic” enough in one headline? Notice the Zabiba in the middle of his forehead!

This isn’t rocket science, but it reveals something sinister within the media, and possibly the NYPD, as well as many other law enforcement agencies across the country. Either officers and agents are not receiving adequate training to detect obvious signs that a suspect is Islamic or has ties to Islam, or they are intentionally withholding these facts for the sake of political correctness.

Knowing these new facts that the NYPD and FBI just happened to leave out when they held a press conference about Lamparello’s arrest last week , what do you think is more likely?

Arson, which is what Lamparello was charged with, or a thwarted Islamic terror plot on a Cathedral during Holy Week?

How is it that NYPD counter terrorism agents didn’t find it important enough to mention the fact that Lamparello’s most recent address is the same address as a Brooklyn mosque? The American people deserve to know, one way or another.

“There doesn’t appear to be any connection to any terrorist group or any terrorist-related intent here,” said John Miller, the New York Police Department’s deputy commissioner of intelligence and counterterrorism.

Gee, really makes you wonder if the NYPD and FBI really mean it when they say, “If you see something, say something.”

NYPD and FBI NYC were both contacted with a request for comment on whether or not they stand by their statement that Lamparello’s actions were not terror related.