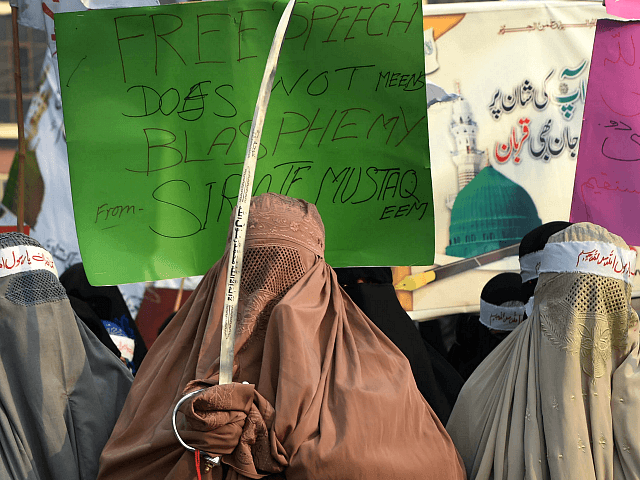 The government of Sri Lanka has banned full face coverings, including but not limited to the Islamic burqa and niqab, as an emergency measure following the Easter Sunday terrorist attacks targeting Christians and tourists.

President Maithripala Sirisena said the emergency measure would prohibit any garment which “hinders identification” as a national security risk, after blasts which killed hundreds were attributed to the National Thowheed Jamath (NTJ) group.

“The ban is to ensure national security… No-one should obscure their faces to make identification difficult,” the president’s office confirmed in a brief statement.

The Islamic State has also claimed responsibility for the attacks, which is something it often does following mass casualty events regardless of whether or not it has a legitimate link with them — although Sri Lankan deputy defence minister Ruwan Wijewardene has said the authorities believe the attacks “could not have been done just locally” and are seeking to establish if the NTJ had assistance from larger terror networks overseas.

Muslim leaders in Sri Lanka, which has a Sinhalese Buddhist religious majority, have voiced opposition to the face covering ban.

“It is the stupidest thing to do,” complained Hilmy Ahmed, vice-president of the All Ceylon Jamiyyathul Ulema organisation, which represents Muslim clerics, in comments to the BBC.

“Three days ago we took a voluntary decision regarding this. The All Ceylon Jamiyyathul Ulema told all Muslim women not to wear face veils for security reasons. If they wanted to wear a veil, then they were told not to come out,” Ahmed told the British broadcaster.

“We strongly criticise the decision. We will not accept the authorities interfering with the religion without consulting the religious leadership,” he warned.

Sri Lanka was known as Ceylon while it was part of the British Empire, and for the period up to the 1970s when it was an independent Commonwealth Realm with Queen Elizabeth II as head of state.