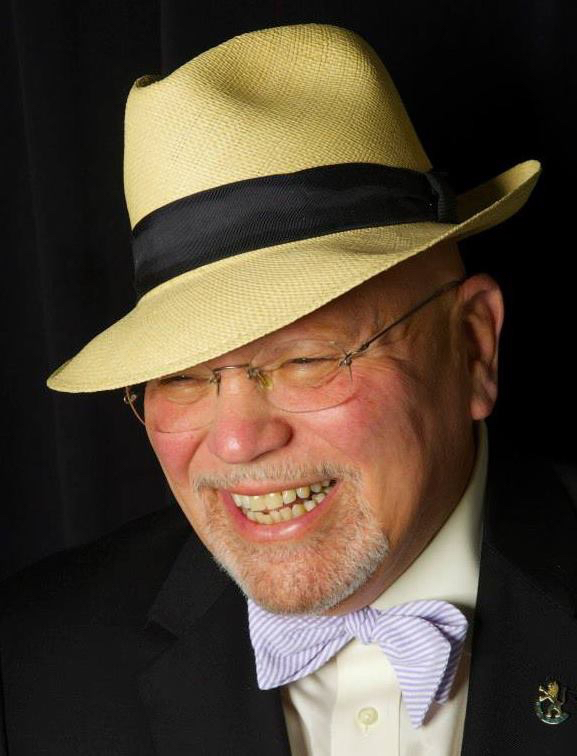 By the time that you read this, the 2019 observance of the holiday of Passover by Jews all over the world will be over. For those who are not familiar with the holiday, permit me to provide a brief primer. Passover is one of the three festivals established in the Hebrew bible, the other two being Shavuot (which commemorates the revelation on Mount Sinai of the Torah and the Ten Commandments) and Succot (which commemorates the sheltering of the Israelites in the wilderness). Passover is the time when families come together at the Seder (the ritual feast which many believe was the “Last Supper”) to re-tell the story of Moses leading the Hebrews (the future Jewish nation) out of bondage in Egypt to begin a 40-year trek in the wilderness to Israel, the land that had been promised by G-d to the Jewish people. For almost four millennia, Jews (even secular Jews) have attended seders, at which the story of our liberation from slavery and the exodus from Egypt is retold. It is the holiday of “liberty,” at which we remind ourselves that “once we were slaves; now we are free men.”

We all know the story of how Moses told Pharaoh to “Let my people go!” But that was only a part of his demand. He actually said “Let my people go THAT THEY MAY SERVE G-D.” G-d instructed Moses to demand liberty from Pharaoh, but only with a condition: the Jews were to be free, but only if they abandoned service to Pharaoh to become servants of G-d. Many of the nuances surrounding the story of Passover are unknown by most people. Here is one shocker: the Talmud (a compilation of commentaries written centuries ago by rabbis interpreting the Torah, which is the first five books of the bible, often referred to as either the Hebrew bible or the Old Testament) tells us that 80 percent of the Hebrews never left Egypt. They were afraid to leave that which was familiar, despite the fact that it meant remaining in slavery.

Freedom always has costs and conditions and the most important condition is accepting and exercising personal responsibility. Without that, freedom is nothing more than license. Freedom was too intimidating to 80 percent of the Hebrews in Egypt, so they chose to remain in self-imposed bondage. Take note of the percentage; this percentage of defectors (75-80%) has remained consistent throughout the centuries. Not counting those killed due to anti-Semitism, only 20 percent of each generation of Jews chose to retain their Jewish identity and their connection to the Jewish nation. Most of the remaining 80 percent fell away and were lost in the soup of their surrounding cultures (when those cultures actually permitted them to do so). It needs to be noted, not coincidentally, that about 75 percent of today’s American Jews are completely secular, without any connection to Judaism, Israel or the Jewish people. They, too, have defected from traditional Judaism and completely assimilated into secular society. Most of their grandchildren will not be Jewish.

I am frequently asked why American Jews vote Democrat and continue to support the left, despite the Jew hatred and anti-Zionism that is increasingly manifested in that political sector. Historically, since around the 1930s, Jews in the United States have voted Democrat. Early “social justice warriors,” they championed the social programs of FDR and were early and powerful supporters of the Civil Rights movement in the United States. Although the leaders of that movement have clearly turned against them, 75 percent of American Jews voted for Obama and continue to vote for the Democratic Party.

Refusing to recognize and accept the changes in the Democratic Party, which now rejects them, results from their fear of change. Like those Hebrews who refused to leave Egypt with Moses, today’s Jews continue to vote for Democrats and increasingly against their own self-interest because they choose to remain locked in the bondage of the familiar rather than liberate themselves and take a new path.

This phenomenon is by no means limited to Jews. Freedom requires risk and self-determination: taking responsibility for oneself rather than waiting for someone else to help. For example, in the aftermath of Hurricane Katrina, a large number of people were seen milling about for hours on the top of a bridge in New Orleans, wondering what to do next. They just stayed there, seemingly helpless, waiting for someone to come and take care of them. Finally, one person (Moses?) stepped forward and pointed out some buses that were parked nearby, in full view of the bridge. He urged them to take the buses and rescue themselves. His wasn’t an easy task. Most of those on that bridge wanted someone in “authority” to come for them rather than take the responsibility for rescuing themselves. They had become “slaves” of their concept authority.

Another example of those who refuse to choose liberty by accepting responsibility for themselves are the Palestinians who remain in “refugee camps.” In the middle of the city of Bethlehem, Israel, a city that is overwhelmingly Arab, there is a “refugee camp”

administered by the United Nations. It is dirty, poverty ridden and completely unsavory. It is without opportunities. However, there are no walls around this “refugee camp.” Anyone can walk in or out at will. There is nothing that forces anyone to live there. They can go live anywhere they choose and contrary to propaganda spread by those opposed to Israel, most Arab neighborhoods in Israel and under Arab control in the “West Bank” are pleasant, filled with large modern houses.

Ramallah, for example, is a large modern city with everything one would expect a city to have. But the residents of the Bethlehem “refugee camp” choose to remain there, deluded by the expectation that someone will “liberate” them and “return” them to homes that they claim belonged to their forebears well over three generations ago. No one with any sense at all believes that will ever happen. It is a pathetic delusion. Yet, they prefer to remain in filth, in self-imposed bondage, because they refuse to take responsibility for themselves.

Why do so many of us refuse to liberate ourselves from the prisons of our minds? I believe that, at base, it is because we are afraid. We are afraid of the unknown. We are afraid to accept the uncertainty that accompanies responsibility for our own futures. We are afraid to rely upon ourselves. We lack confidence in our own abilities, so we fall back on “relying upon the kindness of strangers.”

I believe that this is the reason for the appeal of Bernie Sanders. At its most basic, socialism is the surrender by the individual of his own liberty in return for reliance upon “the state” to provide basic needs. The problem is that the “needs” that are supposedly satisfied by socialism are never sufficient. To rely upon society to provide health care is to accept health care of a much lower quality than would be available if the free market (liberty) were permitted to function. To rely upon society to dictate wages is to ensure that those wages will be equivalent to the lowest common denominator. Why do advocates of “Democratic Socialism” never look back to the 70-year-long experiment that was the Soviet Union, whose system of government failed so ignominiously?

Ask any former citizen of the USSR and they will tell you how they were effectively enslaved by the state, suffering shortages of food and other basic necessities and not permitted to express views contrary to that mandated by the government. Why do they not look to Venezuela, once the richest country in South America but now the poorest? Ask Bernie Sanders about medical care or wages or lack of basic necessities like food and toilet paper availability in socialist Venezuela today, where people are forced to scrounge in the garbage for something to eat. These people have no freedom; they are subjugated to the state. Ask Elizabeth Warren about Great Britain, where it was just announced that their single payer medical system is on the verge of collapse.

Think about East Germany, for years a puppet of the Soviet Union. East Germans living in East Berlin were imprisoned behind a wall, actual prisoners of the state, their stagnant economy a sharp contrast to their brothers in the West. Ultimately, the people of East Germany demanded liberty and tore that wall down, exposing the lie of the “success” of socialism. There were many behind that wall who were petrified when both that wall and the socialist system under which they were governed were reduced to rubble. But I challenge you to find one former East Berliner who would want to go back.

When listening to the leftists who argue for increased governmental control of our economy, never forget that what they are actually advocating is the relinquishment by each citizen of his own liberty in return for a lie. Ask yourself, had you been a Hebrew in Egypt about 3,500 years ago, would you have left with Moses or would you have been too afraid to accept personal responsibility for your own life? Would you have traded “two hots and a cot” (the shorthand description of prison — food and a place to sleep) for the freedom to pursue your own desires and needs, conditioned only by the obligations of decency necessary to prevent liberty from rolling over into license?

If you choose liberty and responsibility, you must choose to refuse the siren songs of Bernie Sanders and the rest of those who would take away your freedom in return for promises that cannot be kept and policies destined to fail. Accept the lesson of Passover that applies not only to the Jewish nation, but to every breathing human being on the face of the earth. Freedom is a gift from Almighty G-d. To accept the responsibility of liberty is to accept that gift. To choose to remain in slavery, whether to an individual or to the state, is to spit in G-d’s eye.