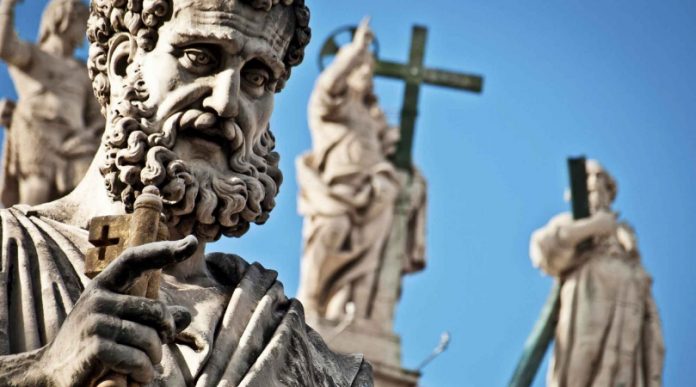 VATICAN CITY (ChurchMilitant.com) – An international group of notable clergy and prominent academics is urging the world’s bishops to investigate Pope Francis for the canonical crime of heresy in an open letter released Monday.

The group, comprised of specialists in theology and philosophy, opens their letter — which was dated “Easter Week, 2019” but published on the feast of St. Catherine of Siena, a saint who influenced several popes with her counsels and admonitions — by stating their two-fold purpose to the bishops. First, they accuse Pope Francis of the canonical delict of heresy; second, they request that the bishops take the steps necessary to deal with the grave situation of a heretical pope.

In a summary of the letter, the clerics and scholars place this open letter to bishops within the context of two previous attempts to correct Pope Francis on matters of faith and morals.

This group goes a step further by making the claim that the Pope ‘is guilty of the crime of heresy.’Tweet

The first attempt was a private letter to “the cardinals and Eastern Catholic patriarchs” in 2016 “pointing out heresies and other serious errors that appeared to be contained in or favored by Pope Francis’ Apostolic Exhortation Amoris Laetitia.”

The group notes the second attempt was the widely reported filial correction addressed directly to the Holy Father in 2017 because, as they say, “Pope Francis had continued by word, deed, and omission to propagate many of these same heresies.”

The authors of the filial correction stopped short of judging at that time “whether Pope Francis was aware that he was causing heresy to spread.”

In the present open letter, this group goes a step further by making the claim that the Pope “is guilty of the crime of heresy.” The academics and clerics clarify that such a crime is committed “when a Catholic knowingly and persistently denies something which he knows that the Church teaches to be revealed by God.”

One of the most prominent members of the clergy to sign the letter is English academic and Dominican priest Fr. Aidan Nichols. Nichols served as the first John Paul II memorial visiting lecturer at the University of Oxford from 2006 to 2008.
Nichols is a notable English-speaking theologian and well-published author of numerable books related to theology. Other well-known clerics signing the letter are Fr. John Hunwicke, former senior research fellow at Pusey House, Oxford, and Deacon Nick Donnelly, clerics who are popular on social media.
The group says it’s comprised of “not only specialists in theology and philosophy, but also academics and scholars from other fields.” The list of prominent lay scholars signing the letter includes Professor John Rist, a specialist in classical philosophy and the history of theology. Rist has held chairs and professorships at the University of Toronto, the Augustinianum in Rome, the Catholic University of America, the University of Aberdeen and the Hebrew University of Jerusalem.
Other lay Catholic scholars signing the letter include Georges Buscemi, president of Campagne Québec-Vie and member of the John-Paul II Academy for Human Life and Family. Another signatory is Maria Guarini, S.T.B., from the Pontificia Università Seraphicum in Rome and editor of Chiesa e postconcilio.
Dr. Claudio Pierantoni was another cosigner. Pierantoni is a professor of medieval philosophy at the University of Chile and former professor of Church history and patrology at the Pontifical Catholic University of Chile.
Organizers of this open letter invite other clergy and academics to sign this open letter as well. They may request to do so by emailing their name and credentials to the following email address: openlettertobishops@gmail.com. Organizers note each request will be thoroughly vetted.
After taking all things into account, the group says the words, deeds, appointments and omissions of Pope Francis “amount to a comprehensive rejection of Catholic teaching on marriage and sexual activity, on the moral law, and on grace and the forgiveness of sins.”
In their 20-page open letter, they list seven heresies that Pope Francis has fostered but make it clear, however, that these heresies do not touch his teaching office as pope.
“It is agreed that no pope can uphold heresy when teaching in a way that satisfies the conditions for an infallible magisterial statement,” they affirmed.
They also are clear that no one has the authority to remove a sitting pope.
“It is agreed,” states the clerics and scholars, “that the Church does not have jurisdiction over the pope, and hence that the Church cannot remove a pope from office by an exercise of superior authority, even for the crime of heresy.” They go on to cite many other canonical opinions that include the opinion that a pope who commits heresy separates himself from the Catholic Church.
It is agreed … the Church cannot remove a pope from office by an exercise of superior authority, even for the crime of heresy.Tweet
They are united in asking the bishops to look into the deliberate lack of clarity from the Pope on matters of faith and morals, statements which seem to contradict faith and morals by the Pope and the appointments of dubious men to key positions within the Church that propagate heretical views.

Despite the evidence that we have put forward in this letter, we recognize that it does not belong to us to declare the pope guilty of the delict of heresy in a way that would have canonical consequences for Catholics. We therefore appeal to you as our spiritual fathers, vicars of Christ within your own jurisdictions and not vicars of the Roman pontiff, publicly to admonish Pope Francis to abjure the heresies that he has professed.

They want the bishops to confront Pope Francis, and if he does not recant his errors, then they ask that he be charged by them with him the canonical crime of heresy.

Since Pope Francis has manifested heresy by his actions as well as by his words, any abjuration must involve repudiating and reversing these actions, including his nomination of bishops and cardinals who have supported these heresies by their words or actions. Such an admonition is a duty of fraternal charity to the Pope, as well as a duty to the Church. If — which God forbid! — Pope Francis does not bear the fruit of true repentance in response to these admonitions, we request that you carry out your duty of office to declare that he has committed the canonical delict of heresy and that he must suffer the canonical consequences of this crime.