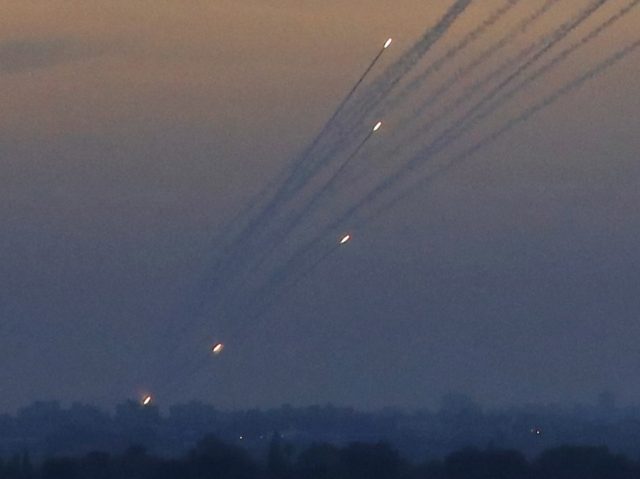 Not one of the more than 20 candidates for the Democratic Party’s presidential nomination in 2020 tweeted this past weekend about the nearly 700 rockets that Palestinian terrorists in Gaza launched against Israel over two days.

A ceasefire between Hamas, the Palestinian terror organization that controls the Gaza Strip, and Israel went into effect Monday morning.

But in the nearly two days since the Palestinian attacks started, killing four Israelis, not one Democrat saw fit to comment on social media about the subject — and there are scant signs any commented elsewhere.

The silence of the Democrats was first flagged by retired New York Assemblyman Dov Hikind, who has been a fierce critic of his party’s anti-Israel drift in recent years. He tweeted:

Breitbart News reviewed the Twitter feeds of every Democratic presidential candidate and found no comments about the situation in Gaza and Israel.

However, more than half a dozen did tweet Ramadan wishes at the start of the annual Muslim holy month.

Joel B. Pollak is Senior Editor-at-Large at Breitbart News. He is a winner of the 2018 Robert Novak Journalism Alumni Fellowship. He is also the co-author of How Trump Won: The Inside Story of a Revolution, which is available from Regnery. Follow him on Twitter at @joelpollak.