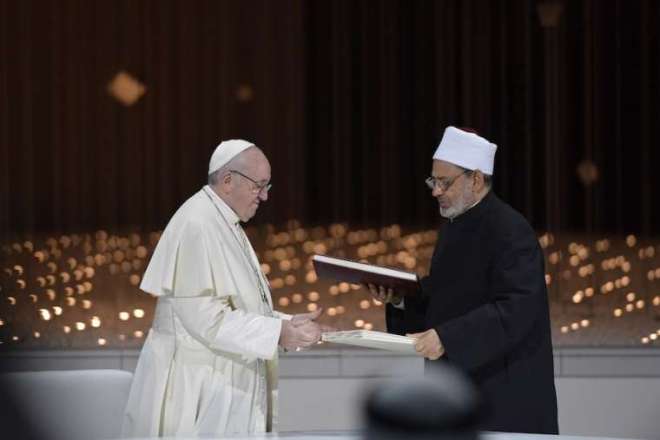 Earlier today, April 30, 2019, an open letter to the bishops of the world was made public. The document was prepared and signed by an international ad hoc coalition of scholars (clerical and lay) including, among others, jurists, philosophers, theologians, and historians. Catholic Family News Editor-in-Chief Brian M. McCall is among those who signed the letter.

The authors of the open letter “accuse Pope Francis of having, through his words and actions, publicly and pertinaciously demonstrated his belief” in a list of seven propositions “that contradict divinely revealed truth.” For each proposition, the letter provides non-exhaustive evidence from Scriptural and magisterial teachings which condemn them, as well as evidence of Pope Francis’ adherence to (or at least promotion of) the condemned propositions.

The authors argue only that there is sufficient evidence to take the extraordinary step of accusing Pope Francis of the canonical delict (crime) of heresy. At the same time, however, they recognize that it is not for them, including the clerics among them, to judge the accuracy of such an accusation as they do not participate in the episcopacy. They state clearly: “We recognise that it does not belong to us to declare the pope guilty of the delict of heresy in a way that would have canonical consequences for Catholics.”

Having acknowledged the limited scope of their competence, the scholars thoroughly document the sufficiency of the factual evidence to support such an allegation of the canonical crime of heresy. In light of the fifteen pages of evidence, the authors soberly conclude: “While accusing a pope of heresy is, of course, an extraordinary step that must be based on solid evidence, both these conditions [for an accusation of heresy] have been demonstrably fulfilled by Pope Francis.”

Having documented the accusation, the letter calls upon all the bishops of the world “publicly to admonish Pope Francis to abjure the heresies that he has professed.” Although expressing gratitude to some members of the hierarchy who have worked to remind Catholics of the true teaching of the Church that is being undermined by Pope Francis with respect to these seven propositions, the authors note that “in so grave and unprecedented an emergency we believe that it will no longer suffice to teach the truth as it were abstractly, or even to deprecate ‘confusion’ in the Church in rather general terms. For Catholics will hardly believe that the pope is attacking the faith unless this be said expressly; and hence, merely abstract denunciations risk providing a cover for Pope Francis to advance and to achieve his goal.”

You can read the full text of the letter here.