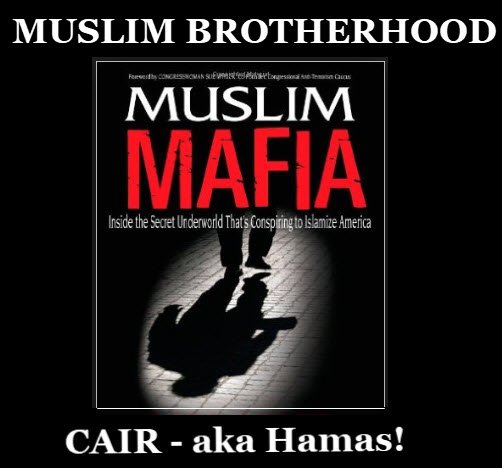 “CAIR and [its Executive Director] Dawud Walid are the new kingmakers in this part of Michigan and everyone knows it. If you incur Walid’s wrath by standing up for Christians against Muslims, you can kiss your political career goodbye.”

Sterling Heights Mayor Michael Taylor, an ambitious GOP Marxist, is more than willing to side with the Muslim Brotherhood on mosque construction and throw Christians under the bus.  As well as break the law, by throwing out the current laws for zoning and planning in that location that the City Council followed in denying the build.  Mayor Taylor submitted to Islam and the lawfare that CAIR practices against anyone who challenges Islam’s refusal to live under state and local laws!  Islam can NOT live under current regulatory laws, followers can ONLY live under Sharia… and that means they will NOT assimilate, will NOT recognize the “law of the land”, and they WILL put fear into those that stand in their way!

“There is no political force like CAIR organized on behalf of Chaldean Catholics. And the media only gets its dander up in Michigan when a politician incurs the wrath of CAIR and the Muslims, so the decision for Taylor was likely an easy one: Side with the Muslims and keep the pathway cleared for future opportunities, whether they be in politics or business.”

Leo Hohmann has written about this and tells us where a current court case stands.  He’s written much about it and the latest article can be found here.

Be sure to keep up with Leo’s reporting at his website here, and his Facebook page here.