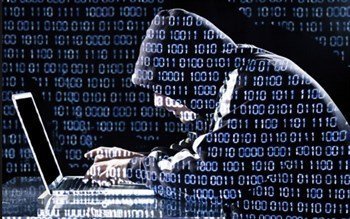 A researcher of cyberterrorism and online terrorism reveals that terrorists who were once believed to be lagging behind technologically have been using modern communication systems for quite some time to propagandize worldwide audiences and incite others to attack.

In one recent example, ISIS leader Abu Bakr al-Baghdadi reemerged for the first time since 2014 in a video that was heavily circulated online. One of the world’s most wanted and reclusive terrorists, al-Baghdadi used the video – in part – to announce the group’s participation in the execution of the recent attacks in Sri Lanka.

Dr. Gabriel Weimann is a senior researcher at the International Institute for Counter-Terrorism in Israel. According to Weimann, a few short decades ago many experts assumed “Third World people” were neither equipped nor sophisticated enough to conduct terrorist activities using the internet for this type of activity.But the researcher and author of Terrorism in Cyberspace: The Next Generation, tells OneNewsNow “online jihad” continues to be a growing threat and can currently be separated into four developmental stages.

The first stage emerged in the late 1990s and relied solely on the use of websites. These were “quite primitive” and generally written in one language, according to Weimann. The highly recognized terrorist organization, al-Qaeda, has had an online presence since 1998. Other groups with websites at the time, says Weimann, included Hamas, Hezbollah, the Tamil Tigers, and a number of others.

According to Weimann, “terrorists realized [simplistic websites] were not enough,” as they only allowed for “one-way communication.” They wanted “interaction,” he continues, and they wanted the ability to “talk” to their audiences and to exchange messages.

The researcher explains that led to the second stage, where terrorists began using interactive platforms like chatrooms and forums in addition to websites about 15 years ago. Then not only could the terrorists simply post material for others to view, Weimann says they could also interact with people interested in the organization, helping those on the terror side to identify potential recruits.

Social media launched the third stage – and Weimann says they quickly learned how to apply and use each them to benefit their cause. YouTube, Facebook, Twitter, Instagram, and other platforms are all being used by terrorist organizations today.

Then there’s the Dark Web

A fourth stage, which has occurred more recently, implements the Dark Web. Weimann describes the Dark Web as “more encrypted” and “a secretive layer” of the internet. It allows terrorist to communicate, hide material, and feel safer on the internet.

“The migration of [some terrorists] to the use of the Dark Web only shows you that they are quite aware that counterterrorism agencies all over the world are monitoring their activities online and trying to find them online,” Weimann shares – adding that he sees that as a growing challenge because “they are moving to more secretive and challenging layers of the internet.”

With the advancement in technology and the motives of terrorist organizations, some people are calling future threats “the digital Pearl Harbor or the digital 9/11,” the author reveals. Some terrorists are moving away from physical attacks to a more sophisticated type of attack, involving cyberterrorism. He describes this as “an emerging threat,” which could target – by hacking or virus attacks – computer information and security systems, critical command control centers, or the world’s nuclear facilities.

In a recent announcement – and for the first time in history – a nation responded to a cyberterrorism attack in real time with military force. An Israeli Defense Force (IDF) airstrike targeted a building in the Gaza Strip to thwart an offensive cyber-operation conducted by Hamas hackers.

While terrorists are using every facet of the internet for nefarious and dangerous purposes, Weimann differentiates their uses into two main categories. The first he refers to as “the communicative one,” such as the aforementioned Baghdadi video. And more recently, Yusef Al Qaradawi – spiritual leader of the Muslim brotherhood – is using a controversial apppromoted by Apple store to share his messages to the masses.

“[This category allows the terrorists] to spread propaganda, launch field campaigns, conduct psychological warfare, communicate among themselves, and communicate with potential followers, contributors, or people they can recruit,” he explains.

In addition to these communicative uses of the internet, a second category comprises “instrumental purposes,” including the use of the internet “to teach others, seduce others, radicalize others, and launch people into action.” Using this mode, terrorists can be shown how to make homemade bombs and can be incited to launch “lone wolf” attacks, Weimann discloses.

On that note, Weimann concludes by explaining that each supposed “lone wolf” terrorist is attached to a terrorist organization in some capacity. Having studied all the recent attacks, the terrorism expert offers the following advice: