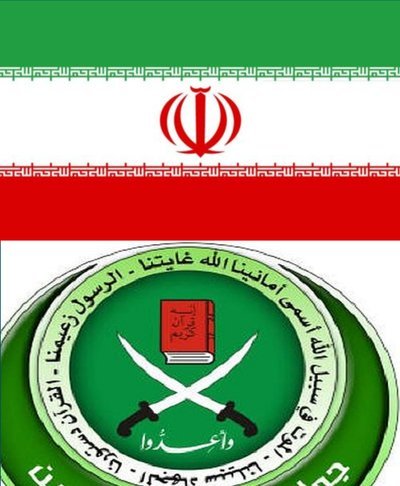 News that the Trump administration is considering designating the Muslim Brotherhood as a terrorist organization drew objections from Iran despite the religious differences between the Sunni and Shia strongholds. Nevertheless, they both share financial alliances, radical ideologies, global domination dreamsand a common enemy in the form of the West and Israel.

“The U.S. is not in position to (..) start naming others as terror organizations and we reject by any attempt by the U.S. in this regard,” Iranian Foreign Minister Javad Zarif told reporters earlier this month. “The U.S. is supporting the biggest terrorist in the region, that is Israel.”

For four decades, Iran’s main strength was not a strong army or a robust economy, but its militant proxies around the Middle East. Close ties with the Muslim Brotherhood extended Iran’s reach and provided the Islamic Republic with a softer political power within nearly 80 countries where the group operates, especially in regions inaccessible to Iran such as Europe and the United States. The potential designation of Muslim Brotherhood will cut such an access to Iran. A stronger Muslim Brotherhood is beneficial for the Iranian regime and the Islamist axis, which now includes Iran, Turkey, and Qatar, said Egyptian-based Iranian affairs expert Mohamed Banaya.

“Iran’s rejection … comes within the framework of the axis of political Islamism, which brings together Qatar, Iran and Turkey on the one hand and Islamist political groups, foremost among them the Muslim Brotherhood,” he said.

Iran’s ties with the Muslim Brotherhood extend also to its offshoots such as Hamas. Relations with Hamas date back at least to a 1990 conference held in Tehran to support the Palestinian Intifada. At that time, Hamas declared Iran a strategic ally. More recently, Hamas Political Bureau chief Ismail Haniyeh sent a letter to Iran’s Khamenei saying, “With God’s permission and the launch of a vigorous popular Intifada in the West Bank and al-Quds (Jerusalem), we will thwart the plot of the tyrant of the current era (U.S. President Donald Trump) and rulers of hypocrisy in capitals near and far to eliminate the issue of Palestine.”

Warm relations between the Brotherhood and radical Shiite clerics date back to a 1954 meeting between Navaab Safavi and Brotherhood ideologue Sayyid Qutb. Safavi founded the Fedayeen of Islam, an Iranian terrorist group that has inspired both ayatollahs Ruhollah Khomeini and Ali Khamenei. Qutb invited Safavi to visit Egypt in 1953, where Safavi delivered a speech to Muslim Brotherhood members at Cairo University. Safavi was sentenced to death in Iran in 1956 after being convicted of planning an unsuccessful assassination attempt on Iranian Prime Minister Hossein Ala’.

In a 1998 article, Iran’s Supreme Leader Ayatollah Ali Khamenei discussed how he was personally influenced by Safavi whom he met when he was about 16 years old. “That was the time when the first inspiring sparks of the Islamic Revolution were ignited in me by Nawab-Safavi, and I have no doubt that the first fire ignited in our hearts was because of Nawab-Safavi.”

Khamenei invoked Safavi’s approach to fighting British occupiers: “Islam must be revived; Islam must rule over the country; and those who are at the top of the government are lying. They are not Muslims.”

Ayatollah Ruhollah Khomeini wrote a book three years after Qutb’s execution, titled The Islamic Government, in which he argued that the government must be run by Islamic Laws (Sharia), and for that to happen, it must be ruled by a leading Islamic jurist (Faqih) who will supervise Sharia’s application and provide a “guardianship” to the Islamic state. This doctrine became a part of the Iranian constitution in 1979 after which Khomeini became Iran’s Al Faqih.

Ali Khamenei is equally an admirer of Qutb works that he translated some in Farsi language, particularly the books, The Future of Islamic Lands and An Indictment against the Western Civilization. Both books address the imperative of making Islam the dominant force against Western civilization.

But Iran may have more tangible concerns beyond ideological affinity. The United States designated the Iranian Revolutionary Guard Corps (IRGC) as a terrorist organization in April. The Brotherhood might offer some relief to those new financial restrictions, Banaya said.

“Under the US sanctions on Tehran, Iran’s leader will resort to the Brotherhood’s financial networks to support Iran economically and financially to withstand the Trump sanctions,” he said. “Whatever the US decision, Iran and the Brotherhood will expand their relationship more than ever.”

There is precedent for this arrangement.

The Muslim Brotherhood’s economic ties to Iran were initiated during the hostage crisisat the U.S. Embassy in Tehran, Nada said at the time. The United States imposed an economic blockade on Iran, closing it off from normal shipping lanes. Iranian Trade Minister Reza Al Sadr asked Nada to supply urgently needed barley and 100,000 tons of steel. Nada delivered, shipping the goods from Hamburg to Finland, then by rail through the Soviet Union to the Caspian Sea where it was later shipped to Iran. Nada says he lost $5 million in the deal, but felt good about it because it was for an Islamic country.

Former Muslim Brotherhood spokesman Kamal Al Helbawy is an admirer of the Iranian regime and paid many visits to Iran. In a 2011 meeting with Khamenei, he said that Iran will help in “ending the global arrogance led by the United States.” He praised Khamenei as “the No. 1 figure in the Muslim world … and he speaks up bravely against the corrupt regimes. He spoke against the corrupt regime of Egypt (Mubarak) until it collapsed.”

Though Egyptian-Iranian relations were severed after the Islamic Revolution in Iran and the Egyptian- Israeli peace treaty in 1979, they quickly were restored after the Muslim Brotherhood’s Mohamed Morsi became Egypt’s president in 2012. Morsi visitedTehran shortly after, becoming the first Egyptian president to do so since 1979. Similarly, Iranian President Mahmoud Ahmadinejad visited Egypt in 2013, becoming the first Iranian president to Egypt after the Islamic Revolution.

Morsi was ousted in 2013 after mass street protests against his rule. He is awaiting trial for allegedly divulging Egyptian state secrets to the Iranian Revolutionary Guard, among other terrorist organizations, including Hamas.

Iran is “the largest backer financially and militarily” for Hamas, Hamas leader Yahya Sinwar said in 2017. “Today, the relationship with Iran is excellent, or very excellent,” Sinwar said.

“Iran has not stopped supporting the Palestinian cause, most recently the Great Return Marches in Gaza, and the two sides have reached a strategic partnership in this regard,” said Khaled Al Qadoumi, a Hamas representative in Tehran.

Iran and the Muslim Brotherhood may represent two often-competing Islamic sects. But they share significant worldviews and common enemies. Those bonds may become more significant in the coming months and years.

Hany Ghoraba is an Egyptian writer, political and counter-terrorism analyst at Al Ahram Weekly, author of Egypt’s Arab Spring: The Long and Winding Road to Democracy and a regular contributor to the BBC.