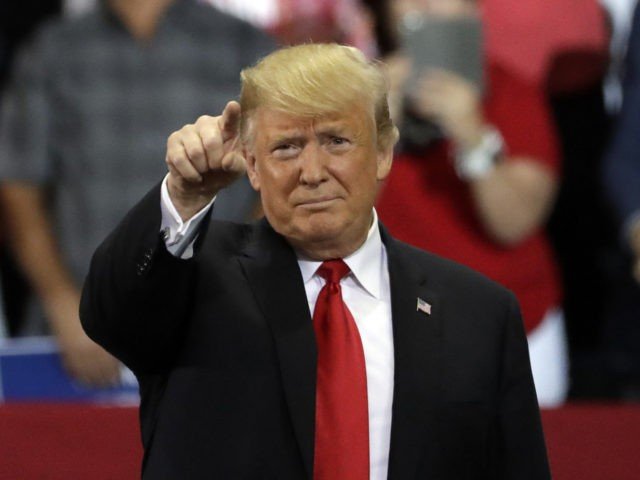 The White House is asking Americans to share their personal stories of censorship and bias on social media. Predictably, liberals don’t seem interested in believing these victims.

The appeal was announced on Wednesday and includes a tool to monitor Big Tech censorship. This is welcome news for conservatives and anyone concerned about the trend of censorship by the giant social media and search engine companies. It’s proof positive that Donald Trump is very serious about stopping the suppression of conservative speech on social media, as he alluded to in a recent tweet, when he said, “Social Media & Fake News Media, together with their partner, the Democrat Party, have no idea the problems they are causing for themselves. VERY UNFAIR!”

The mainstream media response to the new White House initiative, however, expressed precious little concern over the notion that the tech oligopoly is abusing its power over ordinary Americans, instead trying to gaslight us by implying that social media censorship is all in our heads.

I wasn’t surprised. That’s been the fake news’s consistent stance throughout Big Tech’s campaign to banish voices on the right from the modern public square and shift the terms of the debate in favor of their Democratic allies.

Luckily, after years of ever-tightening censorship against conservatives and Trump supporters, that narrative is so transparently false that it’s impossible to take seriously.

Facebook, Twitter, Google, YouTube, and other social media platforms have become the essential forum for political debate. The gradual disappearance of popular right-leaning personalities and accounts from these platforms over the past three years is hardly just some big coincidence.

In the beginning, when their terms of service were still minimal, vague, and ill-defined, the social media giants used overblown accusations of “harassment” to justify banning conservatives while still clinging publicly to their founding ethos of free speech. One preliminary study by Dr. Richard Hanania showed that 21 out of 22 prominent people suspended by Twitter in recent years were Trump supporters.

Now, the social media companies increasingly inject politics into their rules and decisions for monitoring their platforms, banning people not for any tangible violation, but for having “dangerous” ideas — or, as was the case for Michelle Malkin, censoring users for merely speaking in support of people who have “dangerous” ideas.

Big Tech has tried to pass off some of its rule changes as politically neutral, such as when they began mandating the far-left’s new gender ideology, as well as banning those who dare refer to biological males as “he,” including prominent conservative scholars — and even socialist feminists who choose to observe traditional binary genders.

Other changes, they admit, are purely political, such as banning “white nationalism” at the behest of left-wing groups that openly apply that same label to the President and his supporters.

We have mountains of direct evidence that Big Tech is seeking to swing political debate in this country leftward. We know from conscientious whistleblowers that Big Tech employees discuss censoring conservatives in the coarsest terms. Just this week, we learned that a Google subsidiary is working closely with the disgraced Southern Poverty Law Center to create automated artificial intelligence tools to reduce “toxicity” in online comments.

Despite the best efforts of the left, the existence of Big Tech bias and censorship is beyond debate. Even honest Democrats like Tulsi Gabbard recognize that. Twitter founder and CEO Jack Dorsey certainly does, admitting, “I don’t think we can be this neutral, passive platform anymore.”

Incredibly, though, many liberal journalists still claim not to see the censorship taking place all around them, insisting that it must be a right-wing conspiracy theory, even as they call for Big Tech to take action against even more people and ideas they don’t like.

Their more honest colleagues openly admit that the whole point of policing language is to deplatform their ideological opponents, but such honesty is disappointingly rare.

CNN’s Oliver Darcy, for instance, uses his platforms both online and on cable TV to claim that President Trump is “cherry-picking” and “misleading” us about the problem, and that Big Tech bias is just an “allegation” and a “narrative.” Darcy, as is typical of Big Tech’s media champions, denies the existence of online censorship, yet prides himself on having pressured social media companies into banning his competitors.

Darcy recently set his sights even higher, tacitly urging Twitter to ban the President of the United States from its service, asking, “What is the difference at this point between Trump’s Twitter feed and Inforwars.com?”

Buzzfeed’s Joe Bernstein set his sights much lower than Darcy, publishing a long report castigating YouTube for not censoring a 14-year-old girl’s comedy channel that he finds offensive.

If these journalists are going to argue that speech they don’t like should be censored, they can’t simultaneously pretend that social media censorship is made up — or worse, that President Trump is “misleading” people when he asks Americans to share their own experiences with that censorship.

In short, we cannot let the liberal media piss on our back and tell us it’s raining.

We have plenty of evidence — statistical, anecdotal, and even direct statements by Big Tech execs. What we don’t have is Big Tech’s bread and butter, the one thing most responsible for their power: massive amounts of data.

That’s why President Trump needs your help to fill in the blanks. Don’t let them continue to get away with silencing you and then pretending you never existed. Let the White House know about every dirty, biased trick Big Tech has ever played.

I’m a data guy by profession. I know how much of a difference this will make.

Mark my words: next year, when we’re in the home stretch of the presidential campaign, Silicon Valley is going to kick its censorship campaign up to a level we’ve never seen before. Big Tech executives and liberal journalists are going to do their very best to gaslight us, pretending that we’re crazy whenever we try to complain.

With your help and the submission of concrete examples of their bias, we’ll be ready to call that bluff.

So go to wh.gov/techbias today, and let the White House know about every time you’ve been unfairly silenced and censored online so President Trump can take stock and then take action to protect our constitutional rights and make sure we aren’t silenced in 2020.

Brad Parscale is the campaign manager for Donald J. Trump for President, Inc.