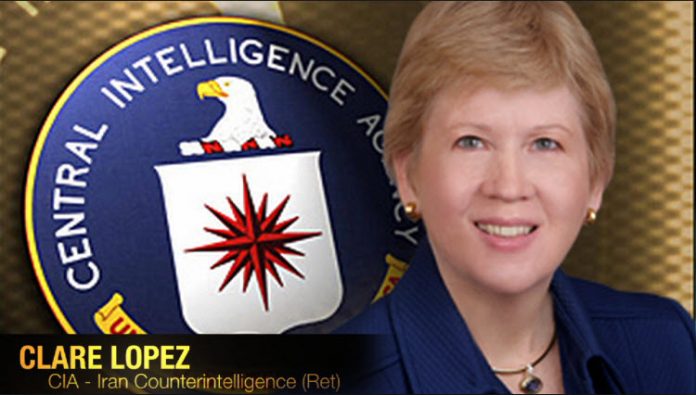 Nearly eighteen years after the IRGC/Qods Force (as well as the Ministry of Intelligence and Security or MOIS) collaborated in the 9/11 attacks with al-Qa’eda, the Taliban, and the Saudis, the U.S. government has determined that “Iran is an outlaw regime that uses terrorism as a key tool of statecraft and that the IRGC, part of Iran’s official military, has engaged in terrorist activity or terrorism since its inception 40 years ago.”

For the first time with this designation, though, the U.S. government has named an official military unit of a UN member nation state to the FTO list: every other group on that list is a sub-national terror group.

The Iranian regime retaliated within days when its parliament, the Majlis, passed a bill that President Hassan Rouhani signed into law “declaring all U.S. forces in the Middle East terrorists and calling the U.S. government a sponsor of terrorism.” Ominously, Rouhani reportedly has directed the Iranian National Security Council to coordinate compliance with the new law among the Iranian armed forces and Ministries of Foreign Affairs and Intelligence.

The question for U.S. policymakers is how we will actually treat the IRGC and Qods Force, now that they’re on the FTO list.

The Iranian regime itself has been a designated state sponsor of terror since 1984. It is not clear, however, that the Trump administration has formulated a comprehensive policy that goes beyond sanctions. For example, the U.S. drops MOABs on the Islamic State and conducts drone strikes against al-Qa’eda and the Taliban. Special Operations units fight alongside West African militaries to eliminate Boko Haram. Likewise, Israel takes a pro-active approach to deterring Iran and its terror proxy, Hizballah, from establishing a presence anywhere near the Golan Heights or from posing a threat to the Jewish State from Lebanon or the territory of the Damascus regime.

Does this mean that the U.S. will now consider launching air strikes against IRGC and Qods Force intelligence hubs, logistics centers, training camps, and weapons depots? Which hubs, centers, camps, or depots? The ones in Lebanon, the former Iraq, the former Syria? What about the IRGC/Qods Force presence in Latin America? In Venezuela, for example? Would the Pentagon now consider deploying U.S. Special Operations forces to attack them? How about assassination operations? Secretary Pompeo has declared that Qods Force commander Qassem Suleimani “has the blood of Americans on his hands” — and indeed he does. Far too much of it. When Pompeo pledges to pursue Suleimani as the U.S. does the leadership of the Islamic State, does that make him a legitimate capture/kill target?

Particularly in view of statements by U.S. Secretary of State Mike Pompeo in May 2018 that “regime change” is not the goal of the Trump administration’s policy towards Iran, the inexorable tightening of financial screws by way of sanctions, including against Iran’s ability to export oil, and now the FTO designation of the IRGC, would seem aimed at something a little more tangible — and realistic — than “behavior modification.”

In Pompeo’s words, “It’s about changing the behavior of the leadership in Iran to comport with what the Iranian people really want them to do,” he said. That same month of May 2018, however, in a seminal foreign policy speech, Pompeo also laid out a set of twelve demands for just such changes in Iranian regime behavior, which taken together, amount to nothing less than an ultimatum for self-destruction by the mullahs’ regime.

The fact that three successive U.S. administrations now have avoided holding the Iranian regime to account for its role in the attacks of 9/11 can hardly fill the mullahs and their IRGC thugs with trepidation over what the U.S. will do now.

So, what does treating Iran as a terrorist nation really mean for the Trump administration? And why is regime change officially off the table? Would not open U.S. support for the Iranian people — the oppressed and trampled ethnic minorities, labor unions, students, women, and patriotic Iranian dissidents both inside and outside the country — send the clearest message of all, that this Tehran regime’s days are numbered?

The Iranian regime is an outlaw regime. It has the blood of thousands of Americans on its hands, as well as that of tens of thousands of its own people. It exists for the self-avowed purpose of waging jihad to establish the global rule of shariah (Islamic Law). It supports Islamic terror groups and has directed terror attacks the world over. It is an aggressively destabilizing force throughout the Middle East and beyond that threatens genocide against the Jewish State of Israel. The IRGC is a Foreign Terrorist Organization and the Tehran regime is the foremost state sponsor of terrorism. Time for the U.S. to declare their elimination official national policy.