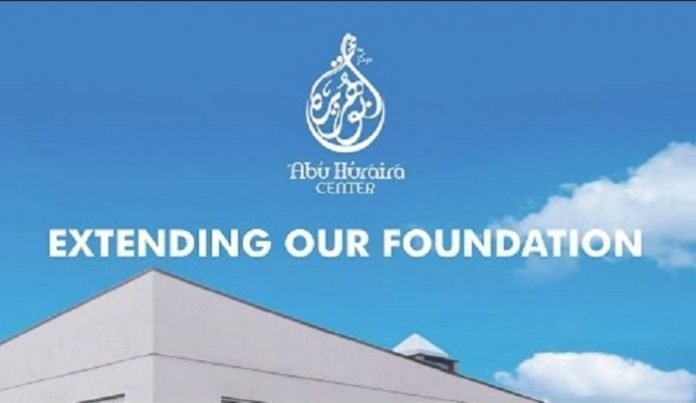 The “Al-Qaeda-linked Kuwaiti charity”–Revival of Islamic Heritage Society–helped the Canadian Islamic organization Abu Huraira Center raise funds “to buy a former Church to convert into a mosque”, according to the Investigative Project on Terrorism.  The Church property cost about 8,800,000.

The Revival of Islamic Heritage Society “was designated by the US Department of the Treasury for providing financial and material support to Al-Qaeda and its affiliates”,  and “at least six former attendees of the Abu Huraira Center left Canada to join the al-Shabaab terrorist group in Somalia.” The center has also welcomed hate preacher Bilal Philips to speak.  But “when Bilal Philips turned up in Frankfurt….to address a demonstration organized by a local Muslim leader, German immigration police quickly expelled him for advocating the killing of homosexuals…..Britain and Australia took similar action, and he has avoided the United States since 1995, when a federal prosecutor named him as a suspected terrorist co-conspirator.”

In addition to receiving fundraising help from the Revival of Islamic Heritage Society, according to the Abu Huraira GoFundMe page….

With the help of Allah and our loving community Our intention is to turn the Church into the main Masjid, and to turn the current Center into a much needed Youth Center & Full Time Islamic School.

One should question what the center’s message to its youth might be in light of the sobering information revealed about the center.

All jihad terror-linked funding and groups need to be stopped in Canada and in other Western countries, but the practice is commonplace. Instead of paying attention to real threats,  the government in Canada is cracking down on free speech and democracy defenders, while violent white supremacists are deemed to be threatening Canada’s stability.  Prime Minister Justin Trudeau has also stated that “evangelical Christians were the worst part of Canadian society.”

On a broader level, converting Churches to mosques is a meaningful gesture to Islamic supremacists.  It serves as a symbol and gesture of dechristianizing territories and Islamizing them. There are manifold examples of Churches being converted to mosques, but not the other way around.

A sad prophecy of the writer Emile Cioran once cast a sinister prophecy on Europe: “The French will not wake up until Notre Dame becomes a mosque”.

After the “God is dead” of Friedrich Nietzsche, Europe is going to adopt the Koranic “there is no God but Allah”. And the old Gregorian chants will be substituted by the muezzin.

An Al-Qaeda-linked Kuwaiti charity helped a Canadian Islamic organization fundraising to buy a former Church to convert into a mosque, the Investigative Project on Terrorism (IPT) reported on Wednesday.

The Toronto area Abu Huraira Center describes itself in its website as a “diverse & unique community” that attracts over 1000 regular attendees, running a wide range of programs and services including a full-time Montessori Islamic school and evening Islamic classes.
According to their website, the total property cost for the church amounted to $ 8,800,000

As revealed by Kharon Brief, a media platform that covers topics at the intersection of global security and commerce, and reported by IPT, the Revival of Islamic Heritage Society (RIHS) participated in the fundraising effort.

In 2008, the Revival of Islamic Heritage Society, which operates under the auspices of Kuwait’s Ministry of Social Affairs and Labor, was designated by the US Department of the Treasury for providing financial and material support to Al-Qaeda and its affiliates. The ties between the charity and the terror organization were also denounced by the UN.

Moreover, as noted by the IPT, the controversial American Sheikh Waleed Idris al-Maneese was one of the judges of the annual Quran competition hosted by the Abu Huraira Center in January 2019.

Al-Maneese has repeatedly expressed extremist and antisemitic positions, including inciting violence against Jews…..