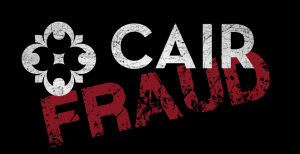 Washington, D.C. (June 7, 2019) — Yesterday afternoon the United States District Court for the District of Columbia granted the parties’ joint motion to finally dismiss the 11-year long battle between three of the victims of a massive fraud first carried out, and then concealed, by the Council on American-Islamic Relations (CAIR).  The lawsuit against CAIR was brought by the American Freedom Law Center (AFLC) on behalf of five victims of a massive fraud perpetrated by a CAIR lawyer, Morris Days.

As reported here just recently, CAIR gave up its long-standing fight to avoid accountability for its fraudulent conduct and agreed to the terms of the settlement agreement only after it faced two very adverse court decisions.

The first decision by the U.S. Court of Appeals for the District of Columbia reversed an earlier dismissal of the lawsuit by the trial court.  The Court of Appeals’ decision, the second appeal in this long-standing case that had included allegations of criminal racketeering by CAIR, mandated that the federal district court permit the case to go to a jury trial, set for September 2019.

The second court decision was by the trial court itself, which refused to dismiss the consumer fraud statute count, which meant that AFLC’s clients would receive attorney’s fees irrespective of the amount the jury awarded as long as the jury found CAIR liable.  Given the aggressively fought litigation over the past decade, CAIR was looking at a possible judgment approaching one million dollars just for attorney’s fees.

While the terms and conditions of the settlement agreement are confidential, which is often the case in such litigation, in the joint motion filed by CAIR and the plaintiffs, the parties explained to the Court that the dismissal of the case as to the three settling plaintiffs was proper because “CAIR has satisfied all conditions.”  As Yerushalmi noted at the time of the settlement:

“Indeed, given the language in the motion to dismiss regarding the conditions CAIR has satisfied, CAIR should explain to the public and its donors just what were the conditions it had to satisfy to ask the Court to dismiss the litigation.”

As CAIR’s public filings demonstrate, as a non-profit, CAIR consistently raises $2 million dollars more than it spends (mostly from Islamic countries abroad), hoards nearly $5 million in cash, owns real estate properties around D.C. worth more than $5 million, and pays its president Nihad Awad and a handful of his cronies approximately $2 million per year in salary.  Awad alone earns $300,000 annually.  There is little doubt that CAIR has the financial wherewithal to pay all of the fraud victims, not just the plaintiffs in the AFLC litigation, a fair and just settlement.

The lawsuit began after CAIR hired Morris Days as its “Resident Attorney” and “Manager” of its “Civil Rights Department” in Virginia, who defrauded dozens if not hundreds of CAIR clients.  Once the fraud began to unravel, CAIR engaged in a massive cover-up, closing down the Virginia offices, firing the lawyer, and claiming to the CAIR victims that Days was not actually a CAIR lawyer. As alleged, CAIR knew of this fraud and purposefully conspired with Days to keep the CAIR clients from discovering that their legal matters were being mishandled or not handled at all.

In this case during discovery, AFLC retained as its expert Joseph Schmitz, an attorney and former Inspector General of the Department of Defense.  Schmitz successfully established for the record that CAIR, while proclaiming to be a Muslim civil liberty and public interest law firm, was in fact a Muslim Brotherhood-Hamas front group.  Schmitz’s testimony put into the record the evidence collected by the FBI and utilized by federal prosecutors to obtain convictions of a terrorist funding cell organized around one of the largest Muslim charities, the Holy Land Foundation (HLF).  HLF raised funds for violent jihad on behalf of Hamas, and top CAIR officials were part of the conspiracy.  In addition, several of CAIR’s top executives have been convicted of terror-related crimes.  As a result, the FBI publicly announced that it has terminated all outreach activities with the national organization, which bills itself as “America’s largest Muslim civil liberties and advocacy organization.”

“AFLC continues its unblemished record of winning every lawsuit in which we have confronted CAIR — either representing plaintiffs or defendants.  We have successfully obtained substantial monetary sanctions against CAIR’s clients as a result of CAIR’s unlawful litigation tactics.  We have successfully defended gun shop owners in two federal cases filed by CAIR in which it claimed that the owners’ refusals to permit various CAIR members from shooting at their ranges constituted unlawful discrimination against Muslims by demonstrating that the real reason for the refusals was CAIR’s well-documented ties to terrorism.  And we have defeated CAIR’s efforts to abuse the litigation process in state and federal courts across the nation.  This case underscores AFLC’s success against CAIR and makes the point that we will continue to confront CAIR and its Muslim Brotherhood minions at every turn and in every courtroom.”