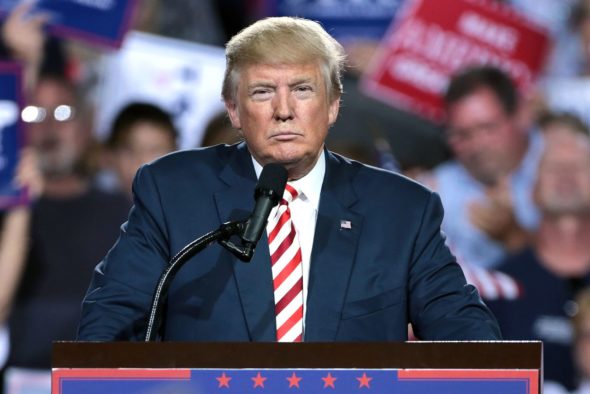 The U.S. Education Department has opened investigations into foreign funding at Georgetown University and Texas A&M University as part of a broader push to monitor international money flowing to American colleges:

“The inquiries are part of a broader campaign to scrutinize foreign funding going to universities and to improve reporting by schools, according to a Trump administration official familiar with the effort.

More schools probably will face questioning as federal officials focus on an issue they see as crucial to transparency and national security, according to the official, who was not authorized to publicly discuss the investigations and spoke on condition of anonymity.

Federal law requires U.S. colleges to report contracts and donations from foreign sources totaling $250,000 or more, but past filings from Georgetown and Texas A&M “may not fully capture” that information, according to the letters.

As an example, department officials wrote, both schools should have reported funding related to branch campuses they operate in Qatar, an oil-rich nation in the Mideast that hosts the outposts of several U.S. colleges.

The records being sought by investigators go far beyond Qatar, though, and include dealings with China, Russia and Saudi Arabia, and specific companies in those nations. Investigators ordered both schools to disclose funding from Huawei or ZTE, the Chinese tech giants that some U.S. officials call a threat to national security. Georgetown is being asked to detail money it received from any sources in Saudi Arabia or Russia, including Kaspersky Lab, a Russian cybersecurity company.

The letters warn that Georgetown and Texas A&M could face legal action and financial penalties if they’re found to have broken the rules. If investigators find a violation, it can be referred to the U.S. attorney general’s office for action “to compel compliance and to recover the full costs’” of the investigation and enforcement, according to the letters.”

This is not a new issue, but it is one that has gone unnoticed until the Trump administration wisely decided to start making sure that America’s colleges and universities were in fact complying with the law.

The American public has an interest in knowing the forces that influence and impact the education of our children.

Various groups make large donations to institutions of higher education for reasons of self-interest. Funding sources can inhibit the independence and autonomy of academia because donors generally have the ability to determine how benefactors use the money they donate.

When funding comes from foreign entities–individuals, organizations, corporations, royal families or governments–the potential for influence can be even more disturbing.

There is precedent elsewhere in the Western world regarding worrying influence from foreign donations to colleges and universities.

Large foreign donations are influencing courses at British universities, according to an April 2009 report (A Degree of Influence, from the Centre for Social Cohesion http://www.christopherdavidson.net/files/Foreign_funding.pdf). Money from foreign donors comes with strings attached. And dangerously so, according to this research that claims foreign governments have corrupted British universities and threatened their academic impartiality. Robin Simcox, the report’s author, says foreign donors that give enough money get a say in how things are run. “Edinburgh and Cambridge received £8m each from Prince Alwaleed bin Talal of Saudi Arabia to set up Islamic studies centres,” he said. “He got to appoint as many as three or five members of the management committee.”

To regard all or even most foreign donations to America’s colleges or universities as somehow nefarious would obviously be a serious mistake. America’s universities — with their superb curricula and research in science, medicine, agriculture, engineering and other fields — justifiably benefit from the financial support of America’s foreign friends and allies, many of whom have benefited directly from the technical expertise developed in these institutions. On the other hand, there are also reasonable grounds to suspect that some foreign gifts may purchase undue influence over the way in which highly controversial subjects are treated in American university lecture halls and texts.

After the terrorist attacks of 9/11, many suggested the need for further disclosure of contributions, gifts and contracts made to America’s colleges and universities from foreign governments, corporations, foundations and individuals.  Often, these donations are made by foreigners who want to influence the college’s or university’s policies and curricula.

Contributions made to universities by foreign governments, entities, and persons have come under heightened scrutiny, especially some made from Islamist foundations whose active denial of the Holocaust and outspoken anti-Semitic views have caused great criticism. Some contributions have funded university-sponsored Islamic centers, whose denunciation of US foreign policies, support for the application of Shariah Law in the US and lack of condemnation against calls for “jihad” against Americans are worrisome.

Universities that receive federal funding must report foreign gifts to the Department of Education, however, federal enforcement has been poor to non-existent. As a result of federal incompetence, some states have taken the initiative

The purpose of the state laws is to promote transparency in government on the state level and ensure disclosure of all financial arrangements and relationships to the taxpayers and elected officials.

These laws simply require public disclosure of these foreign gifts. They in no way discourage legitimate donations from foreign governments, entities or individuals; they merely mandate that the donations to state colleges and universities be made transparent and disclosed to the public. Public disclosure is the check and balance that will ensure that our taxpayer-supported public colleges and universities will not accept gifts or contributions that are not publicly defendable. Any gift not given by a foreign entity due to public disclosure is a gift that should not be accepted.

Below are examples of these laws on the state level:

New York Education – Part 1 – § 207-A Disclosure of Gifts Made to Institutions of Higher Education by Foreign Governments, Persons and Entities

Disclosure of Gifts Made to Institutions of Higher Education by Foreign Governments, Persons, and Entities

The extent of the problem has perhaps been most starkly demonstrated at Harvard Law School, which has established a Shariah Law and Shariah Finance section, while also receiving tens of millions of dollars from royalty in Islamic nations, notably Saudi Arabia and the United Arab Emirates.

When such donations find their way into taxpayer-supported public colleges and universities, the public has a right to know where the foreign donations are coming from and to what purpose they are directed. Elected officials and other policymakers have a duty to see to it that there is full public disclosure on all aspects of such donations.

Again, sunshine is the best antiseptic. Any foreign donation to a taxpayer-supported public college or university that cannot be disclosed to the public probably should not be accepted in the first place.

Hopefully more states will follow the example set by New York, Utah and Louisiana and pass laws enforcing full disclosure–at least until “the swamp” on the federal level decides to get out of the way.