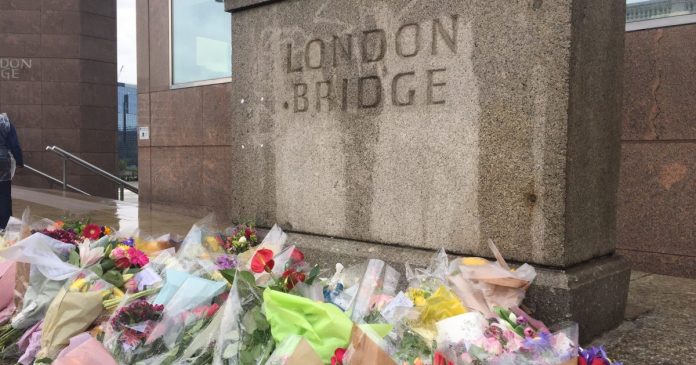 This is becoming a huge problem as Britain becomes Islamified.

As the Islamification of Britain continues, their society continues to break down as multiculturalism and diversity prove to be false idols. This is evident in the jails of Britain where Muslim gangs are regularly beating prisoners who refuse to convert to Islam.

A report from the British government is showing how Muslim extremists are organizing “foot soldiers” behind bars with threats of violence. These Muslims, often serving sentences for terrorism-related offenses, are organizing a political force of hardened criminals behind bars.

Even prison staff members are becoming terrified of these violent Muslim gangs, as prisons become a breeding ground for terrorists to link up and plot mayhem against the society that opened the flood gates for them.

In 2017, a group of Muslim terrorists known as the “three musketeers” were convicted of plotting a terrorist attack with a pipe bomb and a meat cleaver. They had met in the Belmarsh prison of south-east London where they hatched their diabolical scheme.

The Ministry of Justice conducted the report featuring interviews with 83 criminals and 73 staff personnel to come to their troubling conclusion.

“There is an underlying pressure for people to convert and join the gang. The tactic they use is to befriend someone when they come in. If they don’t convert they will then start spreading rumors about them, that the person is a snitch, so that they will be ostracized. Then the beatings will follow,” one prisoner said.

Pastor Paul Song is blowing the whistle about the problem that he saw first hand as prison chaplain. While speaking the word of Christ in Brixton prison, he saw Muslim terror enthusiasts interrupt his Bible study with praise of Jihadi murders.

“Some openly spoke in the chapel in support of Islamic State,” Song said.

Meanwhile, British police are focusing resources on arresting and fining individuals who speak out against the Muslim threat in social media posts.

Brutal machete attacks have become part and parcel of modern British life, with one incident happening every 90 minutes.

The globalists have ransacked Britain with their policies of open third-world immigration, and the threat has never been bigger in Britain as Europe is on the brink of destruction.