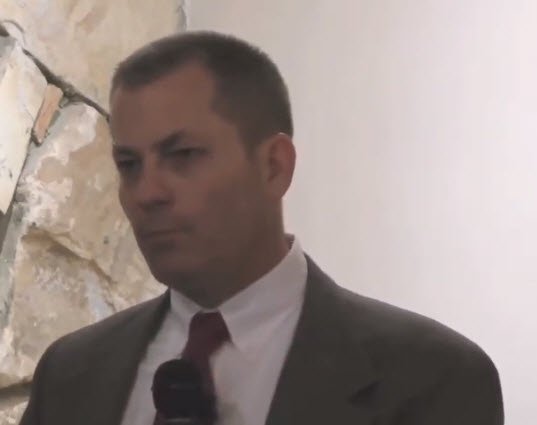 Christopher Holton, VP for Outreach, from Center for Security Policy, joins us to discuss a couple of very important state legislative issues he is working and his article about how CAIR (unindicted co-conspirators in the Holyland Foundation trial) was able to shutdown Raymond Ibrahim’s speaking engagement at the U.S. Army War College.   Chris tells us, “…he (Raymond) should be teaching at the War College!”   We agree with Christopher!

We know that the Muslim Brotherhood has enforced Sharia by banning training of Islamic-Supremacy-related criminality from all levels of civilian law enforcement.  But, surely, the Pentagon must be training our brave military officers in the ideology that threatens to kill them and destroy the government they are sworn to protect!

Recent SCS Action Line guest, Raymond Ibrahim, one of the most respected experts on the threat from Islamic jihad and Sharia, was abruptly uninvited from speaking at the U.S. Army War College after complaints from CAIR and Linda Sarsour’s MPower organization.

Christopher will explore the story behind this action taken by the War College.

The next Secretary of Defense MUST be brave enough to stand against Sharia, against CAIR, and against the threats of the many Islamic organizations attempting to remove the U.S. Constitution and rule of law in America!

Chris will also discuss the growing awareness by states that they need to establish a Terrorist Registry to protect the Law Enforcement confronting the “Terrorist Next Door”.  He has had success in Louisiana, getting this signed into law by Governor Edwards.  Read more here.

Finally, Christopher will discuss his efforts to motivate state legislatures to criminalize Sharia-sanctioned crimes such as the child abuse horror of FGM (Female Genital Mutilation).

Christopher works with state legislators and people from the communities that want to see through new legislation such as ALAC (American  Laws for American Courts), American Freedom Defense Law, Terrorist Registry Law, Anti-FGM with Mandatory Reporting Laws, and so many more.  Read below for how you can get active in your state!