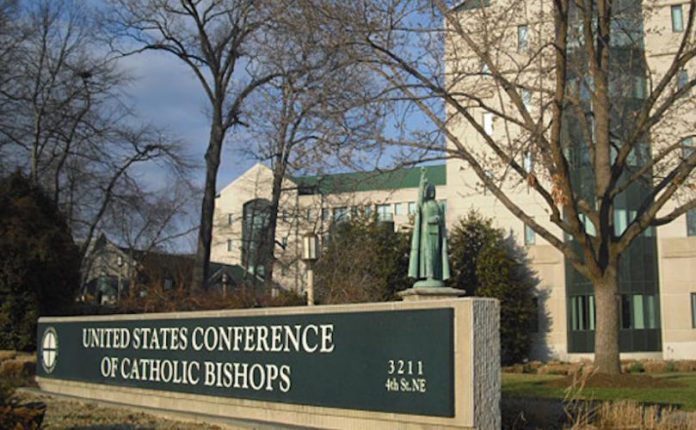 But in direct contravention with Catholic Church teaching on sexuality and family life, ISN is an active promoter of homosexual perversions, including transgenderism. On its website are numerous articles and events promoting homosexualism and its annual Ignatian Family Teach-In conference regularly includes talks and break-out sessions on LGBT activism and transgender inclusion. ISN provided a speaking venue to the Vatican-condemned New Ways Ministry, which promotes same-sex “marriage.” Even disgraced Cardinal Donald Wuerl condemned New Ways Ministry in 2011.

In 2014, ISN published an article on its website by Fr. James Hug, SJ, titled, “Holy Family, Holy Families, Wholly Family,” which claimed that Church teaching on families can change to include sodomitical unions. In the fifth paragraph of the article, Fr. Hug heretically proclaimed that the assertion that much of Church teaching is infallible is false. He wrote:

Actually, if we want to be dramatic, we could point out that saying the Church can’t change its teaching on marriage stumbles into heresy! Surely if a teaching is wrong, the Church must change it once it realizes its mistake. The assumption that a lot of Church teaching is infallible and therefore unchangeable is simply a creeping monster that must be slain.

Just a couple of months before this article, ISN published another of Fr. Hug’s articles, which blasphemously prays to “Father-Mother, God” to “hold in love all families,” among which he includes, “Gay families, Lesbian families, and Bisexual families [and] Polygamous families.”

In April of 2017, ISN happily promoted an event of the New Ways Ministry titled, “Justice and Mercy Shall Kiss: LGBT Catholics in the Age of Pope Francis.” On the page promoting the event, ISN explicitly proclaims that the event by New Ways Ministry is “consistent with ISN’s mission,” saying:

In October of 2017, ISN published an article about a Dignity USA event [Dignity USA is a pro-homosexual organization that promotes homosexual relationships and same-sex “marriage”] in which they sang about homosexual inclusion during a “liturgy.” The author notes that they sang, “A Place at the Table,” also known as “For Everyone Born,” and noticed a new verse he had never heard before. The new verse he sang was:

He then rhetorically asks, “How often do we proclaim at liturgy that “all are welcome” while simultaneously excluding LGBTQ people and others, sometimes literally writing them out of the guest list?”

But the most egregious promotion of homosexuality from ISN comes from its Ignatian Family Teach-In (IFTI) conferences.

In 2015, the IFTI included a speech by Jack Raslowsky titled, “LGBT Issues in Our Schools: The State of the State.” This is ISN’s own description of the speech:

LGBT Issues in Our Schools: The State of the State
Xavier High School — Jack Raslowsky

After a brief opening presentation setting the context for an understanding and appreciation of Catholic teaching and writing about issues of sexual orientation, participants will be invited to reflect on their personal and institutional experiences and share successes, failures, challenges, ideas, hopes, dreams and questions about creating inclusive, respectful and caring environments in Jesuit and other education settings.

In 2016, IFTI included several presentations on the inclusion of sexual perversity, including one by the condemned New Ways Ministry.

Being openly LGBTQ should not entail risking one’s life, yet homosexuality is illegal in 74 nations and punishable by death in 10. This interactive session will inform participants about criminalization laws targeting LGBTQ persons and, conscious of the church’s social tradition, explore ways in which U.S. Catholics can listen to the cries of these most marginalized communities and respond in growing solidarity. @NewWaysMinistry |All Groups| Jackson

Moving from Tolerance to Inclusion in Jesuit Education — how can we be more inclusive?
University of San Francisco — Institute for Catholic Educational Leadership — Jane Bleasdale

The session will include an overview of Dr. Bleasdale’s research on the experience of Black, Latino and LGBTQ students in Jesuit high schools followed by a discussion of the ways in which Jesuit institutions, high schools, and universities can and should be more inclusive. @ICEL_USF |HS-US-HS*-US*-AFVF| Madison

Bleasdale announced her homosexuality in October 2016, just a month before her speech at ISN. On her own blog, she wrote:

IT’S NATIONAL COMING OUT DAY — IT’S THE 28TH YEAR
And it’s the first year I have and will participate — I’m a Lesbian. Boom ! Drop the mic, no hardly a news flash.

She also indicates that she is “married,” saying, “I just started a new job as an assistant professor at the University of San Francisco, for the first time I outed myself as gay, married, parenting, during the hiring process.”

‘Mercy in Action’ to Our LGBTQ Brothers and Sisters
Jane Barry

This will be a training on and follow up to Jane Barry’s main stage speech last year, “Widening Our Embrace”, showing how tenants of Catholic social teaching call us to be allies to the LGBTQ community in our churches, schools, and our communities. @jane_Barry6 |All Groups| Salon B

In her speech in 2015, Barry announced to the audience that she is “gay,” to riotous applause:

On her Facebook page, Barry indicates that she is slated to be “married” in 2019 to her lesbian lover.

In 2017, the IFTI conference was keynoted by noted homosexualist Fr. Bryan Massingale, who spoke at the New Ways Ministry‘s “Justice and Mercy Shall Kiss” conference, and speeches were given by homosexualist author Fr. James Martin, SJ and pro-abortion Sr. Simone Campbell.

Just a year before this conference, Sr. Simone said in an interview, “From my perspective, I don’t think it’s a good policy to outlaw abortion.”

Breakout sessions on homosexuality and transgenderism were given by previous presenters Jane Barry, Jack Raslowsky, and Jane Bleasdale.

Rowing Into Uncharted Waters: Embracing the LGBTQ Community in Our Schools and Parishes
Jane Barry

This session will address the challenges and gifts of allyship and will engage students, administrators, and teachers in navigating faith and sexuality for ourselves, our students, and our communities. |All Groups| Salon K

What does it mean to be a transgender student in the K-12 school system? Join us to further your understanding of implications, development, and best ways to support students who are transgender, questioning their gender, and/or experiencing gender dysphoria. @USFCASOE |All Groups| Madison

In a general speech, Bleasdale spoke out about her homosexuality at the 2017 conference:

In 2018, the IFTI conference once again featured Fr. James Martin, and breakout sessions pushing homosexualism and transgenderism became even more explicit. These sessions included the promotion of trans-identities, yet another session led by the condemned New Ways Ministry, and encouragement for self-identified homosexuals to identify with their disordered temptations:

In this session, we will talk about challenges that people face being in the middle of their Hispanic community and the LGBTQ community. We will discuss our experiences and culture in the Hispanic community that prevents the people who are “in between” to be themselves. @_saulmorales_ |All Groups| Mt. Vernon

Mosaic: A Womxn of Color Initiative strives to provide resources, support, and encouragement for all who identify as gender non-conforming, transgender womxn, and womxn of color on Loyola’s campus and abroad. Through our development of an inclusive sisterhood, we aim to involve, inform, and inspire womxn to embody the excellence of the collective presence and hold intersectionality at the forefront of their minds. |All Groups| Salon H

Catholics increasingly face questions of transgender inclusion, intersecting with issues like race and sexual orientation that compound marginalization. This interactive session will examine how trans voices are both present and silent in our communities. Participants will leave with resources for building trans justice in their communities. |All Groups| Salon G

Join this interactive session as we explore our lived experiences of sexuality in the Church and speak openly about LBGTQ inclusion. All are welcome to attend as we strive to be a community aware of how our own intersectionality calls us to authentically embody God’s love. |All Groups| Salon A

The bishops of the United States, through this $750,000 grant to the Ignatian Solidarity Network, are morally complicit in the promotion of the grave sin of Sodom, which cries to Heaven for vengeance. ISN is thoroughly committed to the promotion of evil and should never have been considered for a grant to begin with. Because their promotion of homosexuality is so bold, it is impossible that the leadership of the CCHD were unaware of their activities. While most of the bishops of the United States do not have time to investigate every grant coming from the USCCB, this is one they cannot ignore.

Call your bishop and call the USCCB offices and demand that this grant be rescinded!

Published with permission from the Lepanto Institute.