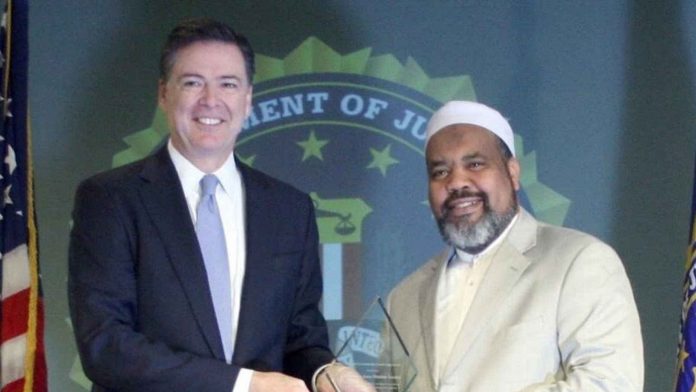 When I arrived in Saudi Arabia in early 2002 on a trip with the FBI Director, which included approximately a dozen countries across the Middle East and beyond, I was shocked to learn that both the FBI’s Legal Attache and the Assistant Legal Attache to Saudi Arabia converted to Islam while in country.

It was no wonder they were less-than-helpful when we arrived to plan the Director’s visit.

Then there was the case of  Gamal Abdel-Hafiz, a muslim FBI Special Agent who refused to wear a wire while meeting with muslims who were subjects of FBI investigations.

Worse yet was the case of Nada Prouty, who was an FBI Special Agent from a Hizbollah family who also worked for the CIA for a period of time. Prouty was fired from the FBI for “marriage fraud” but was never prosecuted for using FBI systems to ensure members of her family – Hizbollah – were not being investigated by the FBI, nor was an espionage investigation conducted.

And these are not even the worst of the cases.

In 2010, when investigative journalist and researcher Patrick Poole saw a photo of a recent “FBI Citizen’s Academy” class in front of the U.S. National Counter Terrorism Center, he saw a familiar face.

Mustapha is an unindicted co-conspirator in the largest terrorism financing trial in U.S. history – US v. Holy Land Foundation for Relief and Development (HLF), Northern District of Texas, 2008 – where HLF and its leaders were proven to be a part of the designated Foreign Terrorist Organization Hamas.

Mustapha was a top official at HLF.

As a part of the FBI’s Citizens Academy, Mustapha was given a tour of FBI Headquarters, the FBI training academy in Quantico, Virginia, the National Counterterrorism Center (NCTC), and other government spaces.

It was reported Mustapha asked “very detailed questions” about the inner-workings of these government organizations. Read: espionage.

The FBI initially lied to Patrick Poole and told Poole Mustapha was not a part of the Citizen’s Academy. When confronted with the photographic evidence, the FBI admitted they actually took the photo and Mustapha was a prominent member of the Chicago Palestinian community.

A senior government official told Poole that Mustapha’s name and details of his Hamas affiliation are in FBI and NCTC data bases, and a DHS official told Poole off-the-record NCTC had to shut down its systems to let Sheikh Kifah Mustapha in the door.

“The FBI failed to intercede against Fort Hood terrorist Major Nidal Malik Hasan as a result of its politically correct strategy of reaching out to suspect Islamic groups and clerics instead of combating head-on the Muslim radicalization movement in the United States.”

In February 2002, FBI Director Robert Mueller III met with “muslim leaders” and instituted new “cultural sensitivity” programs at the FBI. What were the sources of his input?

Over the years, the FBI has conducted public events, multi-day seminars at Washington, D.C. think tanks, and other such programs alongside easily-identifiable jihadis/terrorists.

Since the training programs I created in 2006 and 2007, the FBI to teach agents, analysts, police officers and prosecutors about the Islamic networks and their doctrine (sharia), no other programs have been conducted like them in the FBI. In fact, under FBI Director Mueller, all remaining factual information about Islam was scrubbed from FBI training programs.

In 2008, in the FBI’s centennial publication, the Islamic Society of North America (ISNA) has a half-page ad. This is the same ISNA the Department of Justice identified as a Muslim Brotherhood organization directly funding the terrorist group Hamas.

ISNA’s former President Mohamad Magid is beloved by FBI leadership. In 2005, the Special Agent in Charge of the Washington Field Office Michael Rolince gave Magid an award for being an awesome citizen and helping the FBI. In 2016, FBI Director James Comey gave Magid the FBI Director’s Award.

What is the result of the FBI having no fact-based training on Islam, sharia, and the modus operandi of the Islamic Movement while simultaneously working for 17 years with the very enemy the FBI claims it needs to prosecute?

Currently, meaning today – June 28, 2019 – the daughter of a Muslim Brotherhood leader in the Washington, D.C. area – Rizwan Jaka – is working as an intern at the FBI’s Washington Field Office in the Counterterrorism Division.

Understanding the Threat is currently producing a more detailed report on the FBI’s catastrophic failure to understand the threat, and the consistency with which the FBI directly supports America’s enemies in this war.

These incidents, as detailed herein, constitutes criminal negligence, aiding and abetting terrorism, and a gross dereliction of duty by anyone involved.

Because the FBI has proven itself incapable of fulfilling its counter-terrorism mission, and unwilling to do what is necessary to right itself, UTT recommends a mission-built organization of less than 100 men and women be created, with all the Title authorities required to defeat the Islamic and Marxist Counter-States operating inside the United States.

We are over 17 years down the road in a war we are losing. It is time for aggressive and focused strategy to win. UTT has such a strategy.