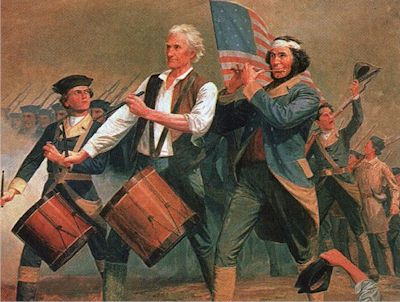 Source: Understanding the Threat, By by John Bennett,  July 4, 2019

This week America celebrates its Independence and the birth of the greatest nation the world has ever seen.  America is a nation our founding fathers died for, sacrificed for, and lost their treasure, families and friends for.

As we celebrate America’s 243rd birthday, I cannot help but wonder “What would our founding fathers think of us today?”

America was born from the simple reality that liberty is inherent in every human being, and that a government should be created to protect our God-given rights. This effort was advanced by the sacrifices of a few noble and brave men such as Patrick Henry whose speech was credited for sparking the revolution in 1775.

Patrick Henry boldly proclaimed, “Is life so dear, or peace so sweet, as to be purchased at the price of chains or slavery? Forbid it, Almighty God! I know not what course others may take but as for me; Give me liberty of give me death!”  After Patrick Henry gave this impassioned speech, we all know it was game on, and we won our independence.

George Washington became our first president, and when he took office, he placed his hand on the Holy Bible, and swore the Oath of Office. After President Washington finished the oath, he kissed the bible. His first official act was to lead the entire congress in a two hour worship session. He no doubt did this out of gratitude for the divine direction that led to the successful and biblical founding of this blessed Nation, because George Washington knew the Law of Nature and Nature’s God, form the basis for the moral standard for the Republic’s foundation.

It should be noted the legal definition of the Law of Nature and Nature’s God are “the will of God (of the Bible)” and “Holy Scripture.”

Unfortunately, today some elected representatives, who are required to swear their Oath of allegiance to our US Constitution, are doing the exact opposite of what our founders envisioned.

Elected officials such as Ihan Omar, Rashid Talib, Keith Ellison and others have chosen to swear an allegiance to “Allah’s divine law”/sharia over our United States Constitution.

Our founding fathers would be disgusted and angry that representatives of the people would support and promote the Islamic doctrine of sharia when it is clearly antithetical to our US Constitution.  Doing so is not only an act of disloyalty, it constitutes sedition and treason. Our founding fathers welcomed anyone here to our great nation whose doctrine and beliefs were consistent with the laws and principles of America.

A Syrian Islamic scholar Abd Al-Karim Bakkar actually spoke the truth in 2009 when he said that democracy and Islam are like matter and anti-matter in physics: “Democracy runs counter to Islam on several issues…In democracy, legislation is the prerogative of the people. It is the people who draw up the constitution, and they have the authority to amend it as well. On this issue we differ.”

The only disagreement I have with the Islamic scholar is the fact that America is a Constitutional Republic, not a democracy as he states.

In his remarks, the Islamic scholar refers to sharia being the law of the land in Islam. Sharia crushes unalienable human rights, such as those delineated in our Bill of Rights. In Islam there is no freedom of religion, there is only death or slavery if you do not submit to Islam governed by sharia.  Under Islam/sharia there is no freedom of religion or speech and equal rights are forbidden to women and non-Muslims. If you convert to Christianity, you have signed your death warrant. Shariah is used around the world to condone barbarities such as the stoning and subjugation of women and the execution of homosexuals. It does not support freedom of speech, conscience or religion or even equal treatment under the law.

Sharia is completely antithetical to our US Constitution.

If our founders could see us today what would they say? They would probably ask “Why are you allowing this to happen? Why aren’t you fighting to protect the Republic!? Why aren’t you standing in the streets and yelling “give me liberty or give me death!?!?”

In 1787, after the Constitutional Convention was held, anxious citizens gathered outside Independence Hall in Philadelphia, Pennsylvania. The proceedings ended and the citizens were eager to learn what had been produced behind closed doors. Mrs. Powel of Philadelphia asked Benjamin Franklin, “Well, Doctor, what have we got, a republic or a monarchy?” With no hesitation whatsoever, Franklin responded, “A republic, if you can keep it.”

On this Independence Day in 2019, I ask all Patriotic Americans, are you willing to do whatever is necessary to keep our Republic? You cannot have two competing Constitutions; you must pick one.

Sharia Law – subjugation, slavery and death,  or the US Constitution – Life, Liberty and the Pursuit of Happiness.

Once again the cry is “Liberty!”

We ask all of you to help Understanding the Threat put freedom back on the offensive where it belongs.