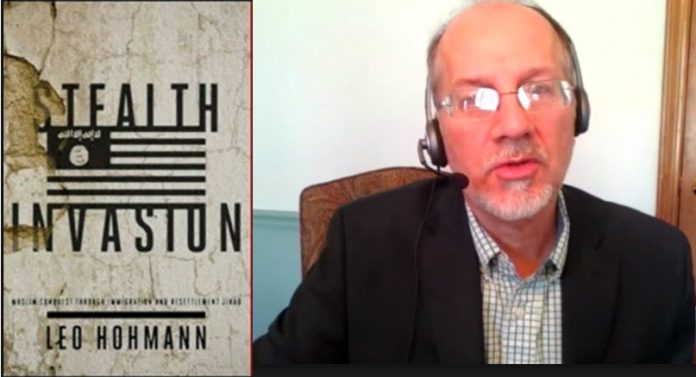 Pope Francis & The Enemies Within the Catholic Church

Leo Hohmann discusses two of his latest articles at leohohmann.com , both articles tell us how badly the churches are falling away from the true message of Christ.  We discuss with  Leo the Pope and what is the latest move to change Catholicism,  “Francis Unleashes his Inner Pagan in Pan-Amazonian Document”  and how Christianity MUST stand against the movement trying to take over America by the  open borders that Marxism is promoting from WITHIN the churches.

Marxist Pope Francis Is Laying the Foundation for his‘new’ Church in a World Without America: “Pope Francis, in working with the world’s most powerful Islamic leaders, … and now pagans, seems to believe that before we can have world government, we must embrace a loose form of a world religion….”

Will Catholics save their faith from Francis politics?  Will enough American Catholics part ways with Francis in 2020  to “Keep America Great”?  How will Conservative Catholics break away from the Pope’s message to stand against his Marxist views?

Talks about the border, the TRUTH about the CRISES AT THE BORDER, and reports from Dr. James Dobson who visited the border and saw it first hand.   Dr. Dobson, along with our friend, Shahram Hadian, make the case that Christ would NOT support the Marxist worldview of an OPEN border with this statement (from Leo’s article), quote from Shahram Hadian:

“To claim that the Bible or Jesus condones breaking the law in this manner is to claim that God is not a God of order,” he said. “There is no legal or lawful right to enter another country illegally in violation of their laws. Again, it is not compassion or biblical to have an open-border policy, sanctuary cities or flooding our cities with un-vetted refugees. All of those are signs of lawlessness, rebellion, anarchy and a pattern of biblical judgment. Those characteristics of a nation happened when that nation was in rebellion to God. These behaviors are against the Word of God. Period. We need borders, walls, and a completely overhauled immigration system that stops the flood of illegal aliens into our nation. I am all about lawful rules and compassion, both in compliance with our Constitution and with the Laws of God.”