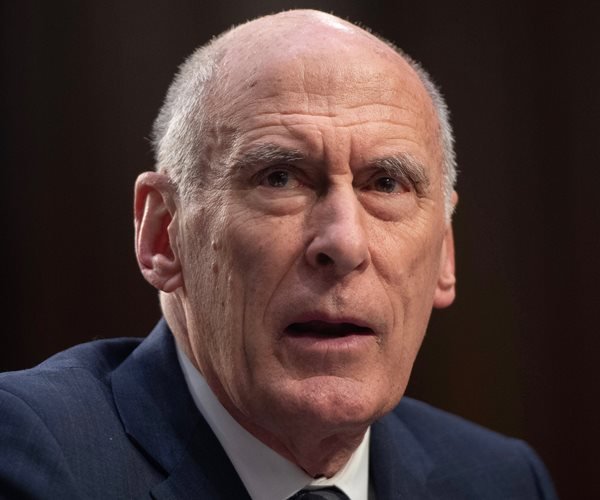 Coats has held the job for over two years. A senior White House official told CNN that there is some discussion about a possible Coats departure.

Among those being considered for replacing Coats is Fred Fleitz, the former chief of staff to national security adviser John Bolton. Several sources told CNN that Bolton is boosting Fleitz. Another name being mentioned is Gen. Joseph Dunford, chairman of the Joint Chiefs of Staff.

But Coats is dismissing the rumors, according to The Hill. He did admit, however, that he finds the rumors “frustrating.”

“I am focused on doing my job, and it is frustrating to repeatedly be asked to respond to anonymous sources and unsubstantiated, often false rumors that undercut the critical work of the Intelligence Community and its relationship with the President,” Coats told The Hill.

“I am proud to lead an IC singularly focused on the vital mission of providing timely and unbiased intelligence to President Trump, Vice President Pence and the national security team in support of our nation’s security.”
Axios reports that Coats has angered Trump several times with his public comments on Russia and North Korea.

Coats also angered Trump when he told a Senate panel in January that North Korea was unlikely to give up its nuclear weapons, contradicting the president’s cheerier assessments.

Fleitz was a well-respected CIA analyst and also served as a staff member of the House Intelligence Committee. He is currently the president of the Center for Security Policy.

Trump, according to Axios, has told people that he likes Fleitz and has “heard great things.” Fleitz called for Trump to fire Coats on Lou Dobbs’ Fox Business program after Coats’ Senate testimony. Coats was undermining and “second-guessing” the president, Fleitz explained.