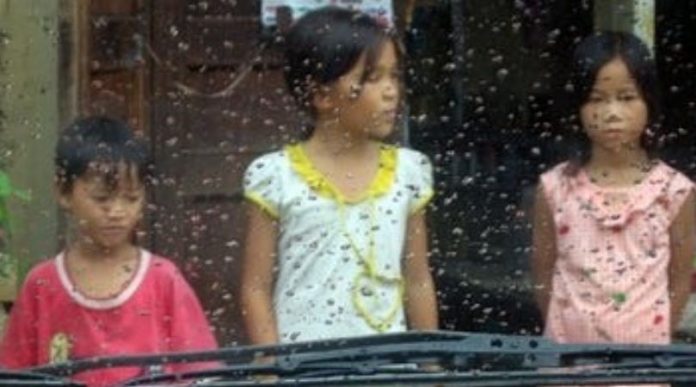 While searching WikiLeaks, the old diplomatic cable surfaced. It seemed irrelevant, too outdated, and yet it warranted a closer look.

The subject matter of the April 3, 1975, U.S. State Department cable was compelling and wrenching: “Catholic Request for USG Aid in bringing 5,000 adoptable children from Vietnam.” This time period marked the end of the disastrous Vietnam War which left the impoverished South Vietnam with homes, families and cities devastated and in ruins. Among the war casualties were an estimated 5,000 orphaned Vietnamese children.

The United Nations cable urgently requested that the U.S. government provide financial assistance in bringing to the U.S. up to 5,000 additional adoptable, orphaned and abandoned children from the Saigon area.

Operation Babylift possessed all the hallmarks of a predator’s toy box — vulnerable, war-traumatized children with no family safety net airlifted to a foreign country where they knew no one nor the language.Tweet

The United Nations had been contacted by the archdiocese of New York to request that the U.S. government provide financial assistance to Catholic Relief Services to airlift and fund the placement of these vulnerable children into adoptive homes in the United States.

According to the cable which detailed the orphans’ information provided by the archdiocese, “the children are virtually all under seven years of age fully able to be adopted and that many thousands of offers of adoption are already pouring in.” The cable acknowledged that some of the children “are not completely documentable.”

So far, so good, right? A story of hope and redemption for orphan refugees orchestrated by the beloved Catholic Church — not so fast.

The contact person and facilitator from the New York archdiocese for this massive international child humanitarian effort was none other than — drum roll — Msgr. Theodore McCarrick.

Yes, “Uncle Ted” McCarrick had deftly inserted himself in this major humanitarian effort to rescue — children. McCarrick plunged right into this crisis, calling the shots, seeking emergency funds and assistance from the U.S. government to airlift these children to the United States. He would go on to play that prestigious and laudatory humanitarian role throughout his decades-long career — until this past year.

It’s hard to imagine more vulnerable minor victims than these children, traumatized and orphaned by the Vietnam War, with minimal identity documentation and headed to the United States for adoption placement!

McCarrick urged for immediate U.S. financial assistance and in his typical flourishing and emotive language, “We are hopeful that our government will make it possible for these children to be flown to the US where homes and hearts are open to them.”

Operation Babylift was the name given to the massive evacuation of abandoned children out of Vietnam. There is still wide discrepancy as to the actual number of children evacuated and controversy as to whether these Vietnam children were actually orphans.

Operation Babylift possessed all the hallmarks of a predator’s toy box — vulnerable, war traumatized children with no family safety net airlifted to a foreign country where they knew no one nor the language. These children were totally dependent for their survival on their sponsor, the Catholic Church.

The Vietnam evacuation occurred in 1975. Monsignor McCarrick was a man on a mission to evacuate all these Vietnam orphans to the United States. In the press release, Msgr. McCarrick urged the necessity of the evacuation “to bring relief” to these children “and to allow them to reach places of safety.”

In the year of 1975, when not negotiating international humanitarian airlifts for vulnerable Vietnam orphans, Msgr. Ted McCarrick was violating the young boy, James Grein’s, place of safety. In fact, McCarrick had been molesting this vulnerable child since 1969, when Grein was 11 years old.

McCarrick, the predator and the humanitarian worked together, fused as one, always on the prowl for more new powerless victims.

Did Operation Babylift present an irresistible opportunity for McCarrick with the dangerous lure of money and vulnerable children? Did these war orphans arrive safely in the United States without crossing the pernicious path of this predator priest?

Ted McCarrick, the child molester, lurking in the midst of Operation Babylift — makes one shudder.