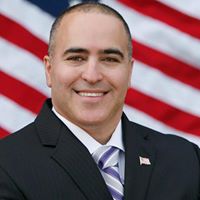 The DNC and Democrat Presidential Hopefuls are Enlisting Social Justice Pastors to Help them Win the Vote.  YET… they voted to remove God from the Democrat Platform in 2012!  They removed anyone or any planning to reach out to the faithful in the 2016 elections… but now, they are in chaos and sensing they NEED the Christian vote.  So… who do they reach out to?   That’s right, the “Social Justice Pastors”.

Social Justice Pastors are an oxymoron!  No Pastor who preaches “Social Justice” should be allowed to carry the title of Pastor, Priest, or Rabbi!  They are NOT preaching the true message from the Bible or Torah!

These Same Social Justice Pastors are Driving the Inter-Faith Movement, Propelling States into Islam’s “Upper House” where Criminal Behavior Sanctioned by Islamic Law [Sharia] is No Longer Denied, Nor Defended, but Openly Promoted.  They are engaging all Christian faiths – Catholics to Evangelicals to even reaching into the Jewish community.

Have Any US States Met the 8 Signs criterion, identified by Shahram, indicating they have already transitioned into the Upper House of Islam?

Here are the 8 signs to qualify and know if your community is Sharia compliant and have reached the Upper House.  Or at least nearly there:

Will any Pastors be Brave Enough to Call and Join the Conversation?

Yes, we had one  very brave Pastor standing against Sharia in his church, standing for Christ and leading by example!  Listen as he tells us why it is so important to REJECT the “Social Justice” attacks against him and so many churches today… AND hear how the  Social Justice message is being promoted by what seems to be “educated” Christian leaders.

Shahram Hadian is founder of the TIL (Truth in Love) Project Ministry, and travels around North America addressing critical issues facing us as believers and as Americans, including the threat of Islam and oppressive Shari’ah law, the growing deception of interfaith dialogue, the rise of the Islamo-Marxist coalition, and the need for courageous leadership in the pulpit and in our churches. A Christian pastor and former Muslim, Shahram was born in Iran, came to America to escape an oppressive Islamic regime and became a Christian in 1999.