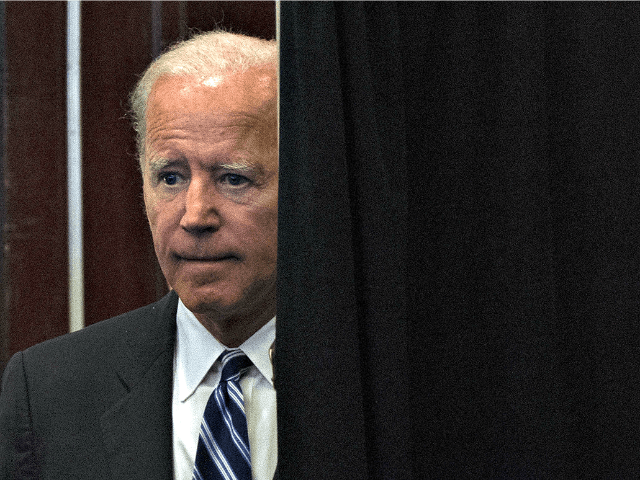 Biden, who has struggled to explain his relationship with segregationists and his opposition to busing, lost two prominent and longtime supporters from South Carolina’s black community on Friday to little-known Rep. Tim Ryan (D-OH).

NBC News reported that Fletcher Smith and Brandon Brown, who were instrumental in helping Biden organize his presence in that state during his 2008 presidential run, were not inspired to back the frontrunner this time around.

The two men, who recently were invited to a private meeting Biden held with other black leaders in South Carolina, said they were endorsing Ryan because the congressman had proved himself a thoughtful and competent leader.

“Congressman Ryan reached out to me and said, ‘Hey I want to meet with you,’ and actually spent time with me,” Brown told NBC.

He added that once he got to know Ryan and they “developed a friendship,” it was clear he had a record that could resonate with voters in the state. Ryan, who represents the working-class city of Youngstown, Ohio, in Congress, is one of the more moderate Democrats running for the 2020 nomination.

The defection was difficult, according to Brown, because of his long ties to Biden. In 2008, he served as the former vice president’s South Carolina deputy political director. The two men appeared to have remained in touch with Biden while endorsing Brown’s unsuccessful bid for Congress last year.

“This is one of the toughest decisions,” Brown said, but couched his decision in terms of a generational change between the 76-year-old Biden and the 46-year-old Ryan. “What you’re seeing is almost like a changing of the guard.”

Smith, who served as Biden’s South Carolina co-chair in 2008, echoed the sentiment.

“I love the vice president, but at the same time I’m looking for a new voice form a new generation whom the torch needs to be passed to,” he said. “I think we need a candidate who can still talk to people in the Midwest as well as working-class people and middle-class people.”

Smith, though, was also more direct in excoriating Biden for neglecting his existing relationships within South Carolina’s black community.

“I have a basic standard: If you call me early enough and ask for my support, then I’ll give you good consideration,” Smith said. “If you don’t call me, then I’ll assume you don’t need my support.”

“I didn’t get that call this time,” he added. “I think his campaign decided we don’t need the old heads, there are a lot of young bucks out there.”

The defections come one day after a new poll out of the state showed Biden leading his fellow competitors by double digits. The frontrunner’s large advantage stemmed primarily from his strong advantage with African Americans, who are estimated to make up more than six-in-ten likely Democratic primary voters in South Carolina.

Despite the polling, Biden will still have to dedicate time courting black leaders between now and the primary, as evidenced by the criticism raised by Smith and Brown.

Complicating matters for the former vice president is that he continues to be engulfed in controversy after praising the “civility” of two segregationist Democrats, the late Sens. James Eastland (D-MS) and Herman Talmadge (D-GA). Biden invoked the men, who dedicated their careers to halting the progress of civil rights, at a in June fundraiser while touting his ability to get “things done” in Congress.

The comments, controversial on their own, also highlighted Biden’s 40-year record of opposing busing to desegregate public schools. Sen. Kamala Harris (D-CA), who has signaled South Carolina will be vital to her own 2020 campaign, was quick to rebuke the former vice president over the issue at the first Democrat presidential debate last month.

Since the confrontation, Biden has struggled to adequately explain his positions on busing and civil rights, especially as the Democratic Party is increasingly unwilling to accept unorthodox views from its leaders.

Brown and Smith, however, told NBC on Friday their decision to ditch Biden officially had nothing to due with his civil rights record.