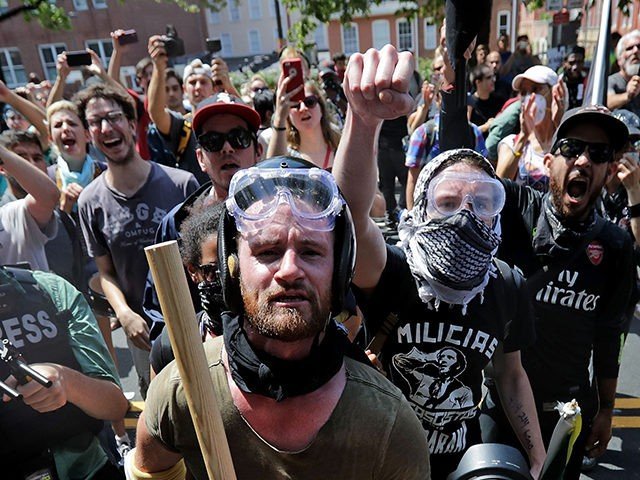 President Donald Trump said on Saturday that he is considering labeling the far-left activist group Antifa a terrorist organization.

“Consideration is being given to declaring ANTIFA, the gutless Radical Left Wack Jobs who go around hitting (only non-fighters) people over the heads with baseball bats, a major Organization of Terror (along with MS-13 & others),” Trump wrote in a tweet.

He added, “Would make it easier for police to do their job!”

In a tweet, Cruz characterized Antifa as “a terrorist organization composed of hateful, intolerant radicals who pursue their extreme agenda through aggressive violence.”

“Time and time again their actions have demonstrated that their central purpose is to inflict harm on those who oppose their views,” Cruz said in regards to the group.

“They must be stopped,” Cruz added in a separate tweet.

“Antifa are terrorists, violent masked bullies who ‘fight fascism’ with actual fascism, protected by Liberal privilege,” Cassidy stated. “Bullies get their way until someone says no. Elected officials must have courage, not cowardice, to prevent terror.”

Last month, Asian-American journalist Andy Ngo was attacked by members of Antifa in Portland, Oregon while attending a rally. The attack was noted in the resolution brought forth by Sens. Cruz and Cassidy.

“I just got beat up by the crowd, with no police at all, in the middle of the street,” Ngo stated during a livestream after he was assaulted.